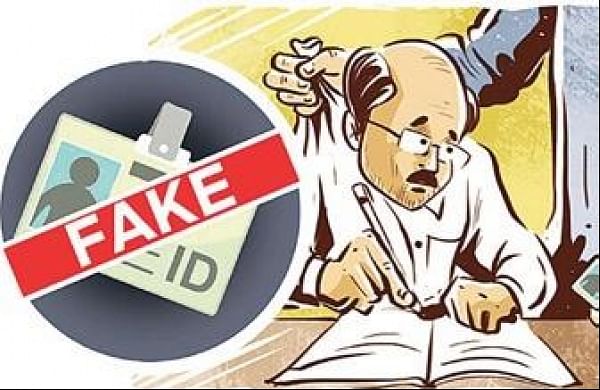 09 March, 2022 – Chandigarh : A recruitment scam has come to the fore in Punjab’s Department of Rural Development and Panchayats involving hiring of around 100 employees on the basis of fake degrees and experience certificates, degrees from unrecognised universities and fake reservation under the Punjab State Rural Livelihood Mission (PSRLM). The matter came to light during an ongoing inquiry being conducted by the department.

In the past three years, the state had hired 311 employees against various positions, including district programme manager, block programme manager, cluster coordinator, etc. under the PSRLM — a poverty alleviation project implemented by the Ministry of Rural Development, Government of India, focusing on promoting self-employment and organisation of rural poor.

Sources said multiple complaints were received regarding recruitment based on fake degrees and reservation certificates. Following the complaints, the department formed a four-member panel to verify the basic qualification of the employees recruited under the scheme across the state.

It has been found that over 100 of the employees were not qualified for the post they were recruited for. The data of around 90 employees of five districts is yet to be analysed.

The sources revealed degrees of around 50 employees were fake or from unrecognised universities. Seven candidates were seen possessing degrees from two universities — one from Uttar Pradesh and one from Sikkim, which has been derecognised by the University Grants Commission (UGC). And the original degrees of 47 candidates were not found in the official record. Besides, eight employees are suspected of using fake SC certificates.

In some districts, the process of recruitment examination followed by the department is under the scanner. In certain places, interviews of candidates were conducted, which against the government recruitment rules, enacted in 2016, for such posts.

Rahul Bhandari, Principal Secretary, Department Rural Department and Panchayats, said it was a serious matter and was being probed in detail. “Those found using the fake certificates won’t be spared,” he said.

It is a serious matter and is being probed in detail. Those found using fake certificates will not be spared. — Rahul Bhandari, Principal Secy, Department of Rural Development and Panchayats