You are here: Home / News / 500 from border belt who had embraced Christianity reconvert to Sikhism
Share 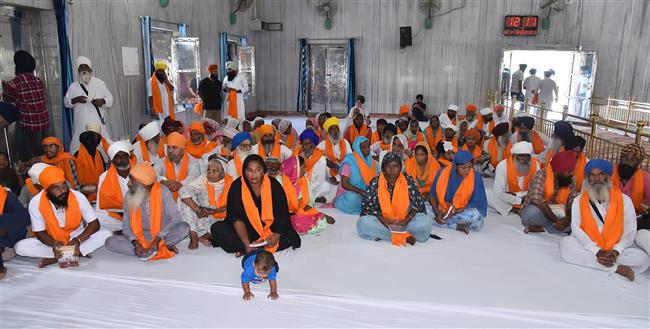 22 September, 2022 –Amritsar: With the efforts of the Shiromani Gurdwara Parbandhak Committee (SGPC), as many as 500 members of 56 Sikh families from the border belt have made ‘ghar wapsi’ and reconverted to Sikhism during a special programme held at Gurdwara Chheharta Sahib Patshahi Chhevin here today.

Addressing the gathering, Pannu welcomed the families who returned to the Sikh faith and urged them to motivate others to stay away from delusion and misleading propaganda of so-called Christian preachers.

Kahlwan said there was a strong spirit of Sikhism in these families that helped them return to their faith after realising their mistake. He said the SGPC was conducting a preaching campaign in the border areas and special attention was being paid to the cases of religious conversion.

“The SGPC has initiated to conduct a survey in the border areas and people were being informed about the facilities provided to the needy,” Kahlwan added.