You are here: Home / Areas of Study / Social & Cultural Studies / Amrit Mahotsav of Independence – From freedom towards selfhood
Share 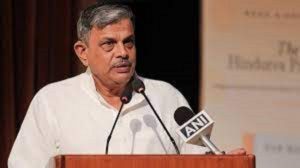 This year, Bharat is celebrating Amrit Mahotsav of its independence. This occasion marks the outcome of centuries-old historic struggle for selfhood and glorious symbol of the sacrifice and dedication of our brave freedom fighters. The greatest feature of the Independence Struggle of Bharat is that it was not a political struggle alone, rather a socio-cultural movement with the participation of all strata of society and touching all the aspects of national life. It would be appropriate to view the national independence movement as a continuation of the efforts for bringing to the fore the most fundamental aspect of our existence, that is, our national selfhood.

Besides the commercial interests, these colonial invaders had a definite aim of Bharat’s political, imperial and religious enslavement. The British conspired to weaken the emotional and spiritual connect with our motherland by striking at the very basic fundamentals of oneness among the people of Bharat. They attacked and tried to destroy our self-based systems such as indigenous economic and political systems, faith-belief and education systems.

This National Movement was all-inclusive and covered the entire Bharat. Swami Dayanand Saraswati, Swami Vivekananda, Maharshi Aurobindo and other spiritual leaders motivated the people and leaders of Bharat to offer sustained resistance to British subjugation. This movement had awakened the consciousness for independence among women and tribal communities as well as in all dimensions of national life, including art, culture, literature and science. Lal-Bal-Pal, Mahatma Gandhi, Veer Savarkar, Netaji Subhas Chandra Bose, Chandrasekhar Azad, Bhagat Singh, Velu Nachiyar, Rani Gaidinliu and other known and unknown freedom fighters further strengthened the feeling of self-respect and nationhood. The swayamsevaks also played their role under the leadership of staunch patriot Dr Hedgewar.

The nation had to face the horrors of partition due to certain reasons that led to a progressive weakening of selfhood during the Freedom Movement. This is also an appropriate time to assess how successful we have been to utilize the opportunity to express this selfhood in all spheres of national life after independence.

To keep the Indian society as one nation and to save the nation from future crises, it is necessary to re-establish the self-based life vision with determination. The 75th anniversary of independence gives us an opportunity to rededicate in this direction.

It is a matter of satisfaction that despite many obstacles, Bharat has made commendable progress in various fields, but it is also true that the goal of making Bharat completely self-reliant is yet to be fulfilled. However, now the country is getting ready to move in a right direction by taking the resolution of self-reliant Bharat with a visionary thinking. It is necessary that by engaging students and youth in this great effort, Bharat should be developed and established as a knowledge rich society by effectively implementing Bharat centric education policy and enable it to take up the role of Vishwaguru.

On the occasion of Amritostav of independence, we should take a resolve to re-invent our selfhood which provides us an opportunity to connect with our roots and to uphold the spirit of national integration.