You are here: Home / News / Arrival of paddy at 85 rural mandis in Barnala district stopped
Share 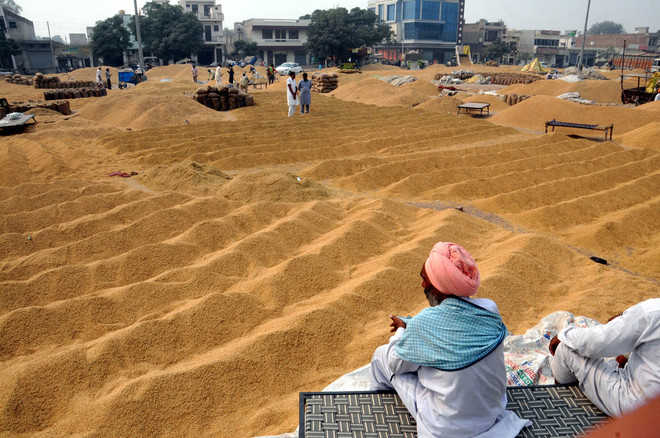 17 November, 2022 – Barnala : The decision of authorities to stop arrival of paddy at 85 goverment rural purchase centres in Barnala district from Wednesday has not gone down well with farmers.

The authorities concerned said they would purchase paddy produce which had arrived at these 85 centres till Tuesday evening.

“The decision of the state government to stop arrival of paddy at rural purchase centres in Barnala is wrong as many farmers are yet to harvest their crops. With the closure of these centres, farmers will have to sell their paddy to private purchasers at lower rates,” alleged Joginder Singh Ugrahan, chief, Bharti Kisan Union (Ugrahan).

Sukhdev Singh Kokri Kalan, general secretary, BKU (Ugrahan), said if the government does not withdraw its order, they would launch an agitation.

Aslam Muhammad, District Mandi Officer, Barnala, said, “As per the orders of the Punjab Government, we have stopped arrival of paddy at all 85 purchase centres situated in villages. However, main grain markets will remain open. Farmers can sell their crops at any of these mandis.”