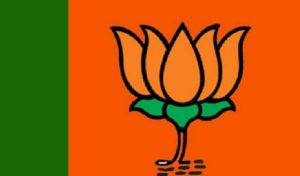 Dr. Poonam Manik,  District President, BJP, from SBS Nagar, Nawashahar , has written a letter to, Shri Banwarilal Purohit, Governor Punjab, requesting him to give his assent to the “The Punjab Affiliated Colleges (Security of Service) Amendment Bill, 2021″

On  7 November, 2021, the Cabinet of the state of Punjab allowed appropriate amendment to “The Punjab Affiliated Colleges (Security of Service of Employees) Act, 1974” which was then passed unanimously by the Punjab Vidhan Sabha

In her letter to the Governor, Dr. Poonam Manik has defined the amendment as “need of the hour” and reiterated that the need has been validated by recent judgments given by Hon’ble Supreme Court of India on the subject.

Dr. Manik has further opined that the proposed amendment will restore the “Principal of Natural Justice” in the case of unaided staff as enshrined in the constitution of India. It will give relief to thousands of teachers whose security of services has been put in danger due to a previous amendment made in 2007.

Furthermore, the present amendment will also empower the Punjab Government to appoint an Administrator in the case of violation of the rules and regulations by college managements. It will lead to the transparency in the working of the managements and also will put an end to “malpractices” adopted by the some of the managements. 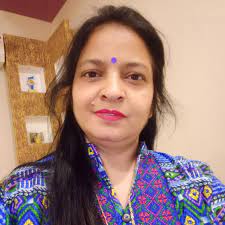 At present Punjab Government could not take any stern action against the defaulter management due to absence of appropriate laws. Dr. Manik has given example of a recent case. “One private management institution has been facing serious charges of embezzlement and higher education department had constituted a committee. From the newspapers I came to know that the inquiry report is completely against the management but the Higher Education Department is completely helpless due to absence of appropriate safeguards in the Punjab Affiliated Colleges (Security of Service of Employees) Act, 1974,” she said.

In the past some managements have illegally terminated teachers working on unaided 1925 posts without following the due process. Their illegal orders of termination have been challenged in Punjab Education Tribunal and Punjab and Haryana High Court.

Additionally, some managements go beyond and terminate the services of the pregnant teachers thus violating the provisions of Maternity Benefit Act, 1961 and causing an insult to “Womanhood”.

When queried about the letter written to Hon’ble Governor Punjab by Dr. Poonam Manik, Jaibans Singh, Media Advisor, BJP, Punjab said that the party was in favour of an early assent to the proposed amendment from the office of the Governor and as such supports the initiative taken by Dr. Manik.