30 August, 2022 – Chandigarh : The Punjab and Haryana High Court today stayed mining activity across the Ravi river in Pathankot and Gurdaspur. 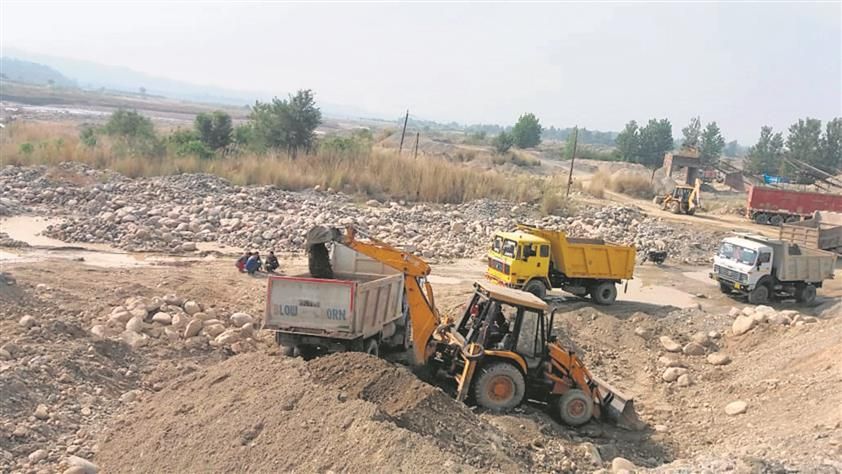 The direction came after, among other things, the Army told the Bench of Chief Justice Ravi Shanker Jha and Justice Arun Palli that “illegal mining had been a facilitating factor towards the nexus between drug smugglers, terrorists and anti-national elements operating in the hinterland, nurtured and controlled by the ISI”.

The Bench also rapped Punjab for not coming out with a concrete plan. Responding to the state’s reply, the Bench observed: “Not a single word is there on how the government is planning to stop illegal mining in the riverbeds. What is keeping the officers of Punjab so busy that they are not taking any action on such a serious issue?

“What is the use of filing so many fancy affidavits when nothing is being done on the ground? The Punjab Government is so engrossed that the court has to intervene and make it aware that it is a national security issue which affects Punjab too and mining in the border areas is a threat to the country,” it said.

As the case came up for resumed hearing, senior government counsel Arun Gosain placed before the Bench affidavits filed by the Army and the BSF. The Army’s affidavit added that ditches and gorges formed following illegal mining facilitated cross-border infiltration. Besides, unplanned and uncontrolled mining may caused changes in the natural water drainage and even changed the river’s course, resulting in the Army posts being susceptible to flooding, it said.

In the other affidavit, the BSF reiterated that sand mining was going on unabated and unchecked in the Ravi riverbed in close proximity to the international border in the area of “responsibility of the 73 Battalion BSF under Gurdaspur Sector”.

The affidavit added it was posing a huge threat to the security of international border fence, besides affecting the “future course” of the Ravi. The mining/excavation started before sunrise and went on till late night, sometimes even the entire night. “Rivers/nullahs flow in border areas can change course because of sandy clay, which is direct threat to the border fence and other border infrastructure. Water will be pooled in the ditches caused due to sand mining. Tunnel from Pakistan can come up in these areas,” the affidavit read.

It said anti-social elements or terrorists might reach or approach the international border fence in the guise of local people or mining workers when mining was carried out near the border fence and the BSF would find it difficult to identify the culprit, “if a case of border conniving happened”.