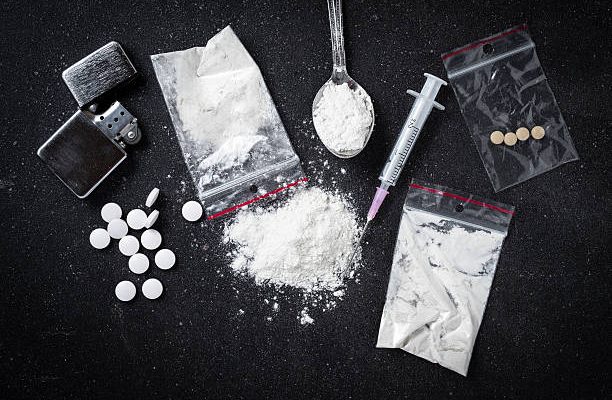 16 November, 2022 – Amritsar : Despite tall claims by the Punjab Government, drug abuse is rampant in the holy city. The police have identified 31 hotspots — 26 in the city and five in the rural belt.

“We have identified 26 drug hotspots in the city. These were identified on the basis of police record regarding the seizure of narcotic substances, number of drug peddlers arrested and number of drug abuse victims identified during the past few years,” said Parminder Singh Bhandal, Deputy Commissioner of Police (Law and Order)

Maqboolpura, Anngarh, Gate Hakima, Gujjarpura, Islamabad, Kot Khalsa, Putlighar, Mohkampura, areas located on the Tarn Taran road, localities such as Verka, Gwal Mandi and those near Rattan Singh Chowk are among the hotspots identified by the police.

Dr Taranjit Singh, medical officer attached with the Out-patient Opioid Assisted Treatment (OOAT) centre at Maqboolpura, said a majority of the victims were using heroin and narcotic powder while medicinal drugs were also being misused to get a high. A large number of victims included economically weaker sections of society while patients from upper classes were also approaching de-addiction centres for treatment. He, however, said the number of patients with the centre had increased because of a police crackdown. There are over 20,000 drug addicts registered with the government-run OOAT centres opened for the rehabilitation of drug addicts. However, sources in the Health Department said the number was much higher. “Many drug addicts did not approach these clinics for treatment,” they said. 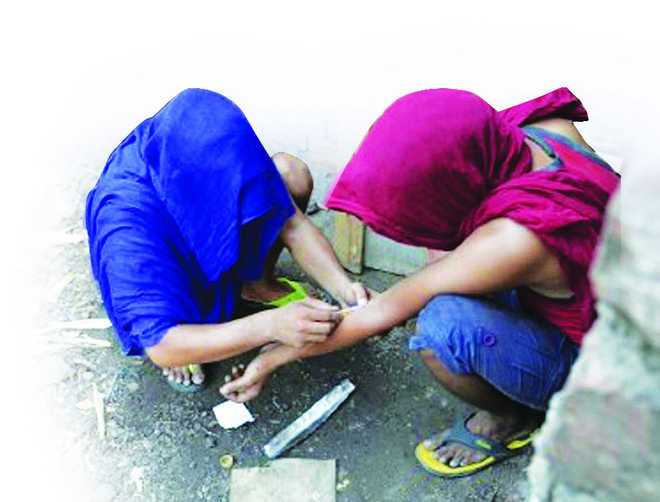 There are 56 OOAT centres in the district. Nevertheless, these centres are struggling with several shortcomings such as shortage of staff, including counsellors, defeating the purpose for which these were opened. The health authorities had recently written to the state government for appointing staff so that these centres could run efficiently.

Recently, social media has been flooded with videos showing drug addicts under the influence of drugs, exposing the hollow claims being made by the state government and the police.

A resident of the Maqboolpura area said not only locals, addicts, including women, came from outside the city too to get their daily dose of drugs here. Recently, a video of a newly married girl went viral on social media who was allegedly under the influence of drugs.

A Verka resident wishing not to be named said the picture in the township and the nearby Fatehgarh Sugarchak village was dismal. Youth in their twenties consumed “chitta” daily. “They got a dose for Rs 200 to Rs 300, which was easily available. They inject the drug, which has led to an outbreak of HIV in the township,” he pointed out.

Bhandal said besides keeping an eye on history-sheeters, the police were also identifying new entrants in the illegal trade by deputing cops in plain clothes. He said the main focus was on breaking the supply chain. Cordon and search operations were being conducted on a regular basis

Amritsar (Rural) police chief Swapan Sharma said the rural belt had five drug hotspots. “We are mapping these areas by ascertaining the credentials of every person living in the vicinity. We are identifying those who have amassed huge properties beyond their known sources of income,” he said. He said routine nakas had also been increased and suspects were being detained.