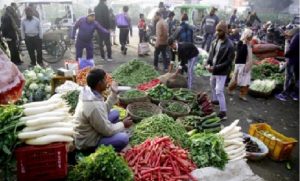 While the world is reeling through a global pandemic, politics, protests, and pandemonium surround the Indian parliament. There is a sudden fuss and furore in the Indian political scenario with the Modi government unleashing its trident of agri-reforms through the three farming bills all set to become constitutional acts. What angered the natural allies and long-term friends of NDA (National Democratic Alliance) such as SAD (Shiromani Akali Dal) is of surprise to many. The bills promise to provide for free trade across markets all through the country, allow for protected contract farming, and ensure safe stocks of the agricultural produce for the country’s difficult times. While the opposition says the farmers are upset, there aren’t many farmers who’ve come out to protest. Pushing ahead for Atmanirbhar Bharat and unifying the whole Indian market into one, the Prime Minister congratulated the parliament for enacting the farm bills. Still, what remains astonishing is the many different narratives that are emerging about the bills. Would any government dare to mess up with the farmers? Are the farmers being misled? Is the opposition desperate? Did the NDA miscalculate the Punjab local equations and the Akalis? Have the political rivalries and petty egos of appeasing everyone surfaced again? Let’s see what truly holds up in the new agri-reforms.

Agricultural reforms intending to double farming incomes have been on the agenda of the Modi government. Since 2014, the government has brought some marketing reforms through the adoption of the Model Agricultural Produce and Livestock Marketing (APLM) Act, 2017, the Contract Farming and Services (CF&S) Act, 2018, and the Electronic-National Agricultural Market (E-NAM) system. Three Ordinances- i) The Farming Produce Trade and Commerce (Promotion and Facilitation) Ordinance, ii) The Farmers (Empowerment and Protection) Agreement on Price Assurance and Farm Services Ordinance, and iii) The Essential Commodities (Amendment) Ordinance that were promulgated on 5th June 2020 for giving a big push to the farm sector have now become acts. These central acts liberate agricultural marketing from the shackles of scarcity laws and outdated restrictions that stood in the way of one-nation, one-market. Some economists have described this scenario as “a 1991 moment of economic reforms for agriculture.” Our farmers suffer more in the marketing of their produce than in producing it. Thus, reforming markets to provide greater flexibility to the farmers to sell their produce anywhere in the country is going to be a policy watershed. While 1991 stood for the delicensing of industry, 2020 stands for the delicensing of Agricultural marketing.

The Farming Produce Trade and Commerce (Promotion and Facilitation) Act, is aimed at ensuring barrier-free trade in farm products. It allows farmers to choose where and to whom they sell their produce instead of selling to registered licensees of their respective state governments in notified market yards. Allowing farmers to have market choices by enabling them to sell anywhere, and to anyone, and to unshackle them from the Agriculture Produce Marketing Committee’s [APMC] restrictions, is a long felt need. The government has now bestowed upon the farmers unlimited marketing freedom that will help them to come out of the clutches of the monopolistic clout of market yards. The Act also paves the way for the emergence of private state-of-the-art mandis and helps farmers with better price discovery. Further, it decrees that “No market fee or cess or levy, by whatever name called under any State APMC Act or any other State law, shall be levied on any farmer or trader or electronic trading and transaction platform for trade and commerce in scheduled farmers’ produce in a trade area.” At present, regulated markets are imposing a marketing cess anywhere between 1 to 14 percent. Doing away with these levies or cesses will bring down procurement costs of farm products, including food grains. Buyers will not require a license; a PAN card will suffice.

The move towards enacting Central legislation to reduce the APMC’s domination was initiated in 2008 by the United Progressive Alliance (UPA) regime. The Congress’ manifesto of 2019 also proposed to repeal the APMC Act and make the trade in agricultural produce, including export and inter-State trade, free of all restrictions. Even though it was not mentioned in the BJP manifesto, the Modi government has brought these far-reaching marketing reforms. 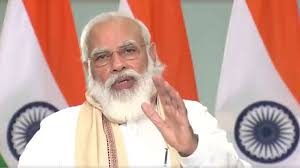 The Essential Commodities Act of 1955 was a scarcity-era legislation when India was facing acute food shortages to impose stock limits on any trader, processor, or exporter of commodities defined as essential. India has traveled a long distance from a scarcity situation to a surplus situation, being the largest exporter of rice in the world, and the second-largest producer of both wheat and rice, after China. The legal framework of the 1950s is no longer relevant to the present needs. Storage facilities must be expanded to manage our surpluses. As ECA puts limits on the stocks, private sector investments have not grown in storage concerning the present-day requirements. The amendment to the Essential Commodities Act provides for regulating stocks of edible oil seeds, cereals, pulses, potatoes, and onions only under “extraordinary circumstances such as war, famine, extraordinary price rise and natural calamity of grave nature.” Stock limits will be imposed only when there is a 100 percent rise in retail prices in the case of horticultural produce and a 50 percent rise in retail prices in case of non-perishable agricultural foodstuffs. As the processor or exporter can stock up to the installed capacity of the plant, the proposed amendment removes legal hurdles on stock limits and provides incentives by allaying the fears of private investors of excessive regulatory interference. The possible expansion of storage and warehousing facilities prevent wastage of farm products and ensure relative price stability to the producers.

The Farmers (Empowerment and Protection) Agreement on Price Assurance and Farm Services Act is intended to facilitate and regulate contract farming. To reduce price uncertainty, the Act stipulates that forward contracts should explicitly provide for a guaranteed price and a transparent price-reference over and above the guaranteed amount. Thus, there is a minimum price guarantee for the farmer in contract arrangement and provision for a higher price if prices go up.

The intention of the Modi government in creating and enabling a legal framework for contract farming and empowering farmers with greater marketing freedom is well appreciated. However, there are apprehensions about whether farmers will benefit or traders due to the deregulation of agricultural markets. In matters of disposing of the produce, the farmers are always at a disadvantage. The traders very often try to exploit the immediate necessity of the farmers to sell their produce. Regulated markets came into being decades ago to safeguard the interests of the farmers from the clutches of private traders. In some states, they are doing an excellent job, while in others, they went into the hands of politicians. The office-bearers of these markets are being nominated by the ruling party of the states. The nexus between the traders, commission agents, and political office-bearers worked against the interests of the farmers in times of necessity. Even though Bihar dismantled them way back in 2006, that did not help the farmers. Indeed, there is evidence to show that traders from Bihar are buying food grains below the MSP and selling at the MSP in other States such as Punjab and Haryana. Viewed in this context, some are skeptical about the efficacy of a free trade regime in safeguarding the interests of the small and marginal farmers. Of course, the marketing reforms have aimed at increasing competition in agricultural trade by opening an alternative trade channel without dismantling the existing APMCs.

Millions of small and marginal farmers may still have to depend on APMCs as corporate buyers may not prefer to purchase directly from individual farmers. Reforming the structure and functioning of these markets cannot be neglected anymore, so allowing free trade in agriculture is vital.

Some are apprehensive about how individual small and marginal farmers will be able to take advantage of the opportunities now available, either with permitted free trade across the country or contract farming. Even concerning deregulation under ECA, traders may have an advantage over farmers. Since farmers mostly sell their produce immediately after harvest, they may end up selling at low prices. While welcoming the marketing reforms, many have expressed their fears that the changes may disproportionately benefit traders and corporates unless the necessary institutional reforms are brought simultaneously to strengthen the bargaining power of the farmers. It is imperative to organize farmers on co-operative lines to enable them to reap benefits from emerging single common markets and barrier free trade in farm products. Now that the government has freed markets, it is high time for bringing reforms on the input subsidy front also. Converting fertilizer and other input subsidies to direct cash transfers will go a long way in doubling farm incomes. The path breaking marketing reforms have created a single big common market for agricultural products and the freedom to sell across the country will certainly ensure remunerative prices to the farmers and boost their incomes.

Nevertheless, the opposition could have demanded for better clarity or debate on the three bills, than attempting to create pandemonium. Many provisions of the bills are indisputably farmer friendly. However,the genuine fears, doubts, and apprehensions of the farmers need to be addressed and redressed before opposition parties take advantage of the concerns of the farming community. The issues in rich agricultural regions are different from the problems being faced in relatively backward agricultural regions. One should not forget the fact that farmer suicides have been a regular feature in many of the infrastructurally backward agricultural regions of the country. Strengthening agricultural infrastructure and institutional support to farmers will go a long way in such regions. Minimum Support Price regime across the broad spectrum of crops and products must have to be made mandatory. Let’s hope that the apprehensions of the farmers will be better addressed sooner than later by the governments to continue to enjoy their confidence and support.

(The writer is a retired Professor of Economics at Hindu College, Machilipatnam)