You are here: Home / Areas of Study / Governance & Politics / First impression of new CM of Punjab is not very encouraging
Share 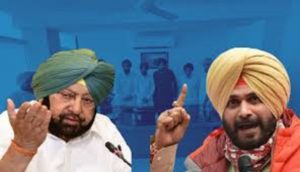 Turmoil among Congress leadership of Punjab

With only few months to Punjab’s Vidhan Sabha election, the state politics has been in turmoil for the last few months, especially within the ruling party, Indian National Congress. Relentless ugly political campaigns to discredit the sitting chief minister, Capt. Amarinder Singh, finally compelled him to resign, thus opening the space for appointment of a new chief minister.

After a lot of drama for a day and several new CMs being announced and then dropped, the name of Charanjit Singh Channi as the next Chief Minister of Punjab was finally announced. According to some, in view of the upcoming elections, this is a masterstroke by the Congress as Charanjit Singh Channi comes from the Dalit community. Punjab has approximately 32% of Dalit voters.

Charanjit Singh Channi held his first press conference after the swearing in ceremony. It gave the first impression of the new Chief Minister of Punjab. Here is what he had to say and what was his speech revealed.

Charanjit started his press conference by quoting a couplet of 10th Sikh Guru, Guru Gobind Singh. he then went on the praise and thank the Congress party leaders like Rahul Gandhi, Navjot Singh Sidhu and others for bestowing on him the great privilege of being the chief minister of the state. In his own words, “Ek Aam Admi Nu Jidhe Palle Kuch Nahi Si, Ena Ne CM bana Ditta” (They have made an ordinary person who has nothing of significance the CM). He also highlighted repeatedly his community background. It came out as if he was saying or perhaps agreeing that he was incompetent and that his only qualification for being a CM was that he was from the Dalit community. He just could not stop himself from eulogizing Rahul Gandhi. He quoted another couplet from Guru Gobind Singh incorrectly, for which he was corrected by several people standing behind him.

As the new chief minister he went on to say that he was the representative of poor only whether they were farmers, labourers or shop keepers. He specifically said that he was not representing the rich. This was an  absurd statement since the CM is the elected representative of every citizen of the state regardless of their financial status. 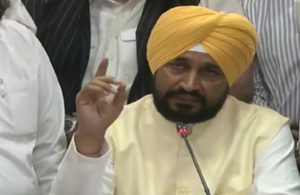 He declared his unconditional support to farmer’s protest and said that he will sever his head rather than let the farmers down. He went ahead to appeal to the Union government to repeal the ‘black laws.’ Strangely enough, there were several amendments brought to the state agriculture bills by this very government in 2017 which were more or less in line with the central government bills. However, no one from the party or the new CM said they will rescind those changes. It is said, charity begins at home.

Another major announcement from the new CM was about water and electricity in the state. Charanjit declared that not only farmers but entire villages will get free electricity. He further added that all the electricity connections from last 5-10 years which were disconnected due to non-payment of dues will be re-established and any amount whether it is 5 lac or 10 lac will be written off. In his own words, ‘all old bills will be torn, connections restored, and there will be no more bills for electricity.’ He also announced that there will be no charges for water or sewage for all urban houses of 200 yards or less. He, however, did not mention how the municipal committees and corporations will do this or make up for the loss caused to the exchequer by these exemptions. Obviously the money will be taken from the rich who are not supposed to be anywhere in his game plan or priority

He went on to praise Captain Amarinder Singh for being a tall leader. He mentioned all the good work he has done in last four and half years. According to Channi, people of Punjab consider him ‘Saviour of Water.’ This was most ironical since Channi was one of the front runners in the campaign against Captain Amarinder Singh.

He presumptuously called the Congress Bhavan in Sector 15, Chandigarh,a temple which every Congress worker should visit. He reiterated that for him the Party is supreme. He would, as such, diligently follow the party’s ideology; whatever the party will decide, this government will implement. By saying so, Channi admitted that he was quite ready to be a rubber stamp.

Talking about party ideology, Congress has muddied the waters of Punjab politics for all times to come. Punjab was probably the only state in the north where the elections were not fought on lines of caste or community since independence and inception of the modern Punjab state, Congress has changed this with their relentless rhetoric of putting a Dalit leader in the driver’s seat. It is not that communities other than Jats were not represented; that Charanjit Singh Channi was a minister in Captain Amarinder Singh’s government with an important portfolio is a very example of it; he has now changed the goals post and made Dalits paramount.

This rhetoric has not only injected a divisive poison in Punjab politics, it has also challenged the basic tenets of Sikh religion and culture of the state. The Sikh religion holds everyone as equal; there is no concept of caste and that is what everyone in Punjab believes regardless of politics. Introduction of this new narrative will not only adversely affect the politics of Punjab but also threatens the social coherence of state.

Charanjit Singh Channi, then, created an embarrassment  by touching the feet of Rahul Gandhi. Rahul is almost 10 years younger to him, such a show of subservience does not reflect well on the chief minister of a state let alone the state of Punjab. This just shows his devotion for Congress and the family and not his confidence or competence.

The new CM has less than two months to show results, if any, since by end of November the elections in Punjab will be announced. As soon as the elections are announced, the code of conduct will be in place and the government will not be allowed to take any major policy decisions or give dole outs.

The first impression of the new CM of Punjab is not very encouraging and confidence building because except from praising his party leaders and political rhetoric he failed to address any of the pressing issues of economy, industry, unemployment, drug menace and resurgence of separatism etc that Punjab faces today. Anyhow, time will only tell how competent Charanjit  Singh Channi is as the Chief Minister of Punjab.