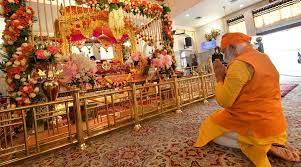 “By meeting a long pending request of the Sikh community, Prime Minister Narendra Modi has, once again, shown his love for the community that translates into his understanding their sentiments  and taking affirmative action towards meeting their religious and social aspirations. The Sikh community feels that the prime minister is one of their own,” said Iqbal Singh Lalpura, lifetime patron of GPA and Chairman National Minority Commission

“The sanctioning of a ropeway between Govindghat and Hemkund Sahib has been received with great joy by the Sikh and Punjabi community worldwide. The Sikh Diaspora will benefit particularly, since many who wish to pay obeisance and Hemkund sahib could not do so due to the age factor, disability and lack of time while visiting India. Such pilgrims will now be able to fructify their lifetime aspiration. Our prime minister could not have given a better Diwali gift to the Sikh community,” said Kulwant Singh Dhaliwal, United Kingdom based social worker and President of GPA.

“The ropeway sanctioned between Govindghat and Hemkund Sahib by our most respected Prime Minister Narendra Modi will serve a twin purpose of facilitating the pilgrimage to such disciples who were unable to take the long journey on foot and giving a big boost to the economy of the region,” said Col. Jaibans Singh (retired), an army veteran, journalist , author and Vice President of GPA.

“It will widen the opportunity for the people of India to connect with their invaluable heritage. We cannot thank the Prime Minister enough for his noble gesture,” said Dr. Jaswinder Dhillon, Secretary GPA 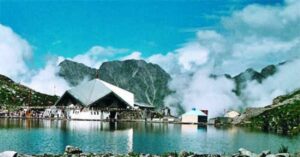 “The noble initiative by Prime Minister Narendra Modi will particularly impact the youth and especially the Sikh youth by providing an opportunity to connect with their heritage while also opening a significant avenue for them to make a career in tourism,” said Ajayvir Lalpura, a young entrepreneur and member of GPA

The GPA has reiterated its resolve to carry forward the message and vision of Prime Minister Modi, “To create the new India of the 21st century we have to follow two pillars: 1. Be proud of our heritage and 2. Make every effort for development with the strength of Sabka Prayas,” and “to completely free ourselves from the colonial mindset.”

Prime Minister Narendra Modi has demonstrated his particular respect for the Sikh religion and love for the Sikh people by taking keen interest in the community affairs, be it opening of the Kartarpur corridor, celebration of birth centenaries of Sikh Gurus, assisting Sikhs exiled to foreign shores, releasing many who have remained jailed for excessive periods post the unfortunate era of militancy Punjab, providing  justice in cases of Sikh genocide in 1984 and many other aspects.