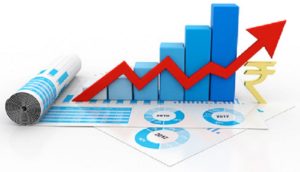 India  was the largest economy of this region, in the world for most of the times between the period of 10nd Century BC and 18th Century AD. Around 1700 AD,  Indian subcontinent had become the world’s largest economy,   producing about 25% of global industrial output.   It was fondly called the ‘Soney Ki Chidiya’ and attracted East India company and other European Companies to commence trade with India. In 21st Century, we are again moving towards regaining the past glory.

COVID pandemic was the most unprecedented disaster that shook the world in last Century. As the world order was limping back to normalcy after COVID, Ukraine-Russia war started. India outshined the world by very efficient handling of the COVID and a V-shaped economic recovery post COVID, Ukraine war notwithstanding. India presents an exemplary growth in these difficult times, converting global threats into opportunities.

India  is expected to be $ 05 Trillion economy by end of 2026, as per IMF projections. In terms of US dollars—average Indians’ income rose by 18% in 2021. It was the third fastest growth in India’s dollar prosperity in the last 50 years.   Some of the key pointers of India’s envious   growth are flagged in this article. 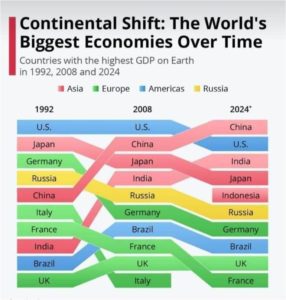 IMF’s latest global projections predict world economy   to plunge into the worst recession, post COVID.   While, all developed countries will have negative growth,   India holds a beacon of hope for the world.  It’s predicted that India will have no effect or least effect of recession because of it’s praiseworthy fiscal policies and steady economic growth.

India opened up to the world in 21st Century and   progressed towards a free market economy. Soon, it became the fastest growing economy and   will  continue to be so, over the next few years.  Headwinds are expected from rising inflation, supply chain disruptions and geopolitical tensions.   However, there are many positive indications to keep us afloat.  Exports have   performed exceptionally well during the pandemic and bolstered recovery. India’s gross tax collection has beaten all expectations. Agriculture sector is booming due to repeated normal monsoons.   Higher capital spending on infrastructure and asset-building projects are likely to further boost growth multipliers.

India is all set to beat the challenges   and emerge as the growth engine for the world economy. Let’s become partners in progress  and march in harmony towards a glorious future.  Incredible India @75 is destined to regain it’s glorious   status of ‘Soney ki Chidiya’ in this Century.