You are here: Home / Areas of Study / Governance & Politics / India: A country of speed breakers
Share 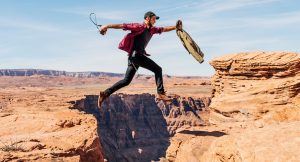 When we leave home and pass through a village before reaching the expressway, we are tossed over 12 speed breakers in a span of 1.5 Km. Speed-breakers are taken as a symbol of power, where-in all passing vehicles slow down to pay obeisance to dictates  of the high and mighty. Thanks to a ruling of Hon’ble Supreme Court, no speed-breakers will be made on expressways, otherwise, we would have to face hundreds of them in our journey every day.

In “Growing India” a large no of 4-8 lane expressways have been constructed. I often find the eight lanes being blocked by police barricades, parked trucks/buses, protestors, agitators, social processions and vendors, leaving only one lane for traffic, leading to traffic jams and snarls. But who cares?

It often makes me wonder, why our country is so averse to speed and mind you: “It’s all in the mind.” Speed is considered the default villain for all ills and accidents. A fast driver need not be rash and negligent but is assumed to be so in our country. The speed limits are deliberately kept dismally low for today’s beautiful expressways, so that you fall into the police trap.

I find that these speed breakers in India are not only on  roads, they are more so in our minds. We don’t want anyone to go fast and progress well, but Let’s all go slow (speed breakers) and remain a poor Third World country. Interestingly, let’s have a look at some of the speed breakers in the growth of our country which have come up in our psyche over the last few decades.

As a student of political science, I have read that our constitution has legislated a way of Governance for a democratic country. In this, the voters of the country elect their representatives/members of legislative who form the Government, by majority. The Government  is mandated with the duty of  governance as it deems  fit. If the voters do not like the  policies and system of governance of the party in power, they can vote it  out after five years, in the next elections.

I find a new trend in our country, wherein, the laws made by the Parliament through the elected Government  are challenged on the roads. If the rules and laws are to be made and taken back by crowds on the roads then I don’t know how this country is going to progress to become a super power. The challenging of CAA and farm laws on the roads amplifies  this speed-breaker in our progress.

The political chaos and quality of principled politics is touching the lowest ebb, each day. Gone are the good old days, when all political parties used to unite for a national cause, respect each other, be friends outside public life and oppose/support the Government based on principles and merits of the case. Today, any policy or act passed by the ruling party is opposed by opposition parties, irrespective of national interest. Actions like guarding the frontiers from external aggression, purchase of defence equipment and corona vaccination are also being challenged on political lines. Earlier, there use to a brigade of “YOUNG TURKS” in the Congress Party, led by Shri Chandrasekhar, who use to challenge certain policies of their own party on the basis of  principles and raise a voice for the common man. However, politicians of such ilk are extinct nowadays. Today, the lines are clearly drawn as WE and THEY purely on political agendas. All Government decisions are supported by the ruling party and opposed by the opposition parties. Both sides have  experts and media in their teams to support their narratives. The common public gets confused as to what is right or wrong.

Legislative, Executive and Judiciary are three pillars of a stable democracy. Today, every rule and act passed by the legislature  is challenged in the courts. The court not only decides the legality of it but passes orders on execution of the laws also. Over active Judiciary is ipso-facto usurping the role of the legislature and the executive? The courts are directing the bureaucracy  and the Government officials on how to govern. I am amused to note that the courts which have thousands of serious cases pending with them for years, find all the time for PIL and such cases of judicial dominance. The courts are enjoying this judicial overreach with no constitutional checks being put in place . Nobody can question them like other pillars of democracy due to the sword of “contempt of court.” It’s also intriguing for the common man to know how poor people don’t even get a hearing date for bail, for months, while the courts are opened at midnight for the high and mighty. If one pillar of the tripod becomes large and bigger, the stability of democracy gets threatened. 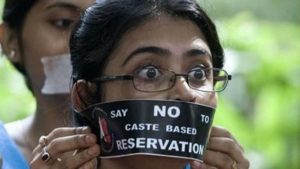 Speed Breaker of Caste Based Reservations

Due to this reservation policy of  our country, the deserving candidates do not get their due and talent is not recognized in selection/promotion. Resultantly, mediocrity prevails over excellence. How can the country aspire  to become a super power in 21stcentury if we don’t place the most deserving candidate at the right place. Due to this policy, the talent gets diverted to the private sector and only mediocrity comes to the Government,  which results in retarding the quality of governance and progress of the country.

The architects of the Constitution of India and harbingers of independent India, thought of a secular India, wherein people with different religious faiths could live peacefully together and work in harmony, furthering progress of the country.

The real secularism soon came under vote bank politics and political parties started minority appeasement to garner votes. The backlash resulted in hardliners from other communities also responding in a similar manner and thereby taking mutual hatred to new levels. This slowly has resulted in the polarization of society on religious grounds. If India has to prosper as a country and exhibit it’s soft power, we will have to stand together and be counted. These speed breakers of religions divide will have to be removed from the path of exponential growth.

The new speed breaker which is slowly coming up in the recent past is the degradation of our public institutions. It started in the decade of 1980s and continued increasing thereafter. Today, I am dismayed to see  all institutions like bureaucracy, police, CBI, NCB, CBDT and ED and to some extent RBI towing the interests of ruling party. Inroads are being made into defence forces also, wherein well established principle of seniority for promotions to higher ranks is being compromised on the name of merit. With every passing year, our premier institutions which are symbolic of neutrality are getting compromised and rendered less independent.  This evolving situation has deep consequences and may be the largest speed breakers in the growth of India, as an emerging super power.

I want to sincerely ask the highest authority in the country (hope someone answers) as to  “What do we want?”  We want to go slow or fast??  If slow, then why make  expressways and if fast, then why make speed breakers.  Let all agencies move towards one goal that Nation wants to pursue- slow/fast.

India is a country of speed breakers since nobody can bear to see someone else going ahead.  Speed breakers are as much in the minds of the people as they are on the roads. To take the country on the fast track of growth, I exhort upon the countrymen to think “NATION FIRST” and remove the speed breakers from their minds. These are impediments in our fast growth and efforts to regain our lost glory.

“IN THIS COUNTRY OF SPEED BREAKERS,

NOT  ONLY ON ROADS BUT IN MINDS.”