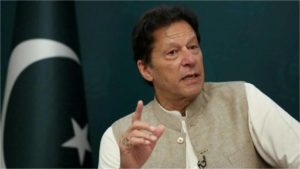 The Prime Minister of Pakistan, Imran Khan, has been cornered from all sides for quite some time now. The opposition is baying for his blood and has moved a motion of no-confidence against him due to the many defections from his own party; the Army Chief, General Qamar Bajwa is also disenchanted with him and has declared that the Army will stay neutral in the parliamentary process of no-confidence vote which, in effect, implies that Imran Khan no longer enjoys his support.

This drama has been going on since 8 March when the motion of no-confidence was submitted before the National Assembly Secretariat. Khan, however, is proving to be a tough nut to crack. The opposition forced the speaker of the Pakistani National Assembly to admit the motion on 25 March but the latter has, once again, adjourned the proceeding till Monday, March, 28, due to the death of a Member of Parliament. As per conventions, no parliamentary business is transacted in the first session after the demise of one of its members. Earlier too, Speaker Asad Qaiser had delayed the crucial session on the premise that the country was hosting a conference of the Organisation of Islamic Cooperation (OIC) Council of Foreign Ministers  at Islamabad and that it would be prudent to avoid political activity during that period. The motion has now been submitted on Monday, 28 March. The submission will be followed by a seven day debate; the voting is likely to take place on 4 April .

The opposition is not ready to buy such arguments and it has openly accused the prime minister of buying time. It feels that the PTI government is doing legal and emotional gymnastics with constitutional procedures when there is no way by which Khan can avoid the no-confidence motion. There is merit in the frustration of the opposition since Khan is working overtime to save his chair and this time is of crucial benefit to him. Even now he says that he has a trump card up his sleeve.

He is attempting to convince his coalition partners to abstain from voting which would not allow the opposition to garner the magic figure of 172 votes. To the Army, Khan is offering an early election in October-November this year and declaration of the new chief by the incoming prime minister. If things come to a head the courts may also be compelled into the battleground in the next week while the motion is tabled for discussion. The opposition is quite sure that the courts will uphold the constitutional process that has been followed and the matter will be put up for voting whether Khan likes it or not.

Imran Khan may well get away with his plan with a thin margin. Even if he manages to save his chair he will be no more than a lame duck prime minister working at the behest of the many powers that will exercise control over him. He will remain perpetually short of the minimum 172 members support that he needs for a simple majority in parliament. The opposition will keep biting on his toes and will not allow him or his government to function.

Further, he has no answers for the economic crisis  and the spiralling inflation in the country. His country is banking upon the International Monetary Fund (IMF) to release the next tranche of a $6bn rescue package to shore up dwindling foreign currency reserves. 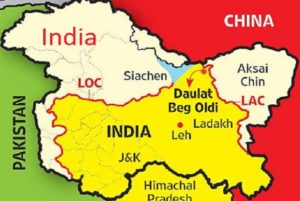 There are rumours of the situation spiralling into unprecedented violence. If the police cannot handle such a situation then the only option would be to hand over security responsibility to the Armed Forces. The consequence of such h a situation developing needs no explanation. The PML (Nawaz) is already playing up to the army by insinuating that the ruling PTI was responsible for a social media campaign against  the Armed Forces and specifically against General Qamar Bajwa.

With the extended term of General Bajwa coming to an end, a power struggle is being played out within the Army. There are rumours of Bajwa attempting to stage a coup. Fortunately for the country, he does not have the necessary support within the Army to take such a big step. This aspect adds another diabolic strain to the already tense and volatile situation.

The instability in Pakistan can have a direct and critical effect on India, particularly Kashmir, considering that the region remains the best conduit for diverting public attention from internal issues. Stability on the western border with Afghanistan has given the Pakistan Army and ISI leverage to concentrate on the Line of Control (LOC) with India. Pakistan has created a new modus operandi of facilitating infiltration without breaking the ceasefire.

Pakistan has also put all its human assets and resources in Kashmir on to the task of increasing local recruitment by radicalising the youth. New boys are being identified to be given a leadership role. They will be tasked to target innocent civilians with small and then run away. The Hurriyat is also being revived with more responsibility coming the way of Masarat Alam, the hard line successor of Syed Geelani.

The attempt by the Pakistani leadership to divert attention from internal instability of the country by increasing engagement in Kashmir is unlikely to fructify since the government, the security forces and most importantly, the people of Kashmir are well aware of these evil designs and will not allow them to succeed. It is, however, very important to stay vigilant.

A situation of virtual anarchy in Pakistan will not augur well for the world since it opens up the possibility of nuclear weapons going to unsafe hands of the terrorists, militant warlords or radicalised elements of Army not under centralised control. Pakistani territory will become an even bigger safe havens for terrorists.  The world should ensure that the situation in Pakistan does not deteriorate any further.