You are here: Home / Areas of Study / Governance & Politics / Is Punjab heading towards a cultural change?
Share 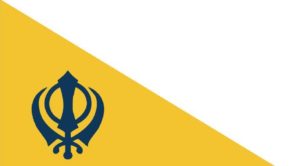 Sarkar-e-Khalsa, history and tradition of Punjab

Guru Nanak Dev Ji preached a new way of life to be lived with honesty and discipline, dignity and honour. He preached that there is only one God and we remember him with different names .

Baba Banda Singh Bahadur established independent rule and Maharaja Ranjeet Singh Bahadur established an Empire. Both were based on “Halemi Raaj” that advocated respect for all religions and human beings. In Khalsa Raj distinguished personalities (Generals, scholars, poets, administrators)  from Europe and the rest of the known world came to serve this richest and most secular Empire and Nation on earth during those days . This may be the reason that all Governments in Punjab since independence have had the portrait of Maharaja Ranjit Singh in the Chief Minister’s office.

The contribution of Dr. Bhim Rao Ambedkar in struggle for freedom and as head of the Constitution Committee is unmatchable ,that is why ,we already have his photographs and statues in Government offices and public places .

During agitations, people do raise the slogan, “Inqlab Zindabaad” coined by Shaheed-a-Azam Bhagat Singh. This slogan , however, does not form a salutation in Punjabi society.

Shaheed-e- Azam Bhagat Singh, Raj Guru and Sukhdev are accepted heroes of Indian struggle for independence. Since independence many political parties have tried to cash their popularity, but none could come near let alone implement, the vision of Bhagat Singh as recorded in his jail diary. None has accepted his ideology as interpreted in many books and shown in the many movies.

Now the country is free from foreign rule and the largest democracy in the world. The need is to implement the vision of such heroes who gave us independence and not to use their slogans to ignite sentiments. Delhi does not have a Lok Pal, who so ever raised such issues was thrown out of the concerned party.

The man who took oath with S. Manpreet Singh Badal that he will not join any other party has already broken his promise. I, however, am not here to discuss morality , but to save my culture.

The slogan of “Inqlab Zindabad” or “Inqlab” raised by most of the AAP MLA’s after taking oath does not match with culture of Punjab and the message of love and service preached by Sikh Gurus. They were taking an oath to do justice and that was not time to agitate against any one by raising such emotive slogan.

Punjab have seen militancy; the people had given verdict in their favour in 1989. The boycott of 1992 elections was also their dictat. Law and order problems have been created by slogans since 1982. We need peace and harmony for the development of Punjab. Let’s all work for this.