Kargil Vijay Divas celebrations have commenced across the country; these events are held by Indian Army and civilians to commemorate the great Indian victory in the Kargil heights against an enemy who coveted to seize them duplicitously.  The Indian Army began operations on 3 May 1999 and in less than three months, removed the Pakistani troops from the positions that they had occupied. Victory was declared on 26 July 1999 with the enemy either dead or compelled to retreat.

This year, as one joins the celebration, thoughts go back to two soldiers, one from the Pakistan Army and the other from the Indian Army, who fought the war. One of them now lies in a bed in foreign shores, wracked with disease, exiled from his own nation, cold, embittered and without friends. He is General Pervez Musharraf, Chief of Army Staff of the Pakistan Army who ordered the intrusions in accordance with a plan that he had conceived while a Brigadier serving in the area.

The second , an Indian soldier then a Lieutenant Colonel, who led his battalion to glory in the war is today an Army Commander of the same command under which he fought the war. He is Lt. General Yogesh Kumar Joshi, UYSM, AVSM, VrC, SM, ADC, who led his parent battalion, the 13 Jammu and Kashmir Rifles to a glorious victory in the Dras sector. His battalion among other feats captured Point 4875 which is now called Batra Top after Captain Vikram Batra, PVC, (Posthumous)  who fell in the battle and became a hero for all times to come; his war cry during the Kargil war ‘ Yeh Dil Maange More’ caught the fancy of the nation and is a motivating slogan for the youth even today.

The 13 Jammu and Kashmir Rifles under Lt. General (then Lt. Colonel) YK Joshi was awarded more than twenty five Gallantry medals during Kargil War including two Param Vir Chakras (the second PVC  was awarded to Rifleman Sanjay Kumar), eight Vir Chakra (including him) and fourteen Sena Medal. The unit was also conferred with the title of the ‘Bravest of the Brave.’

This year, Lt. General YK Joshi, in a befitting tribute to his officer (Captain Vikram Batra) and to his Battalion flew over “Batra Top” in a Sukhoi-30 MK to commemorate their feats of bravery. The gesture was symptomatic of the enduring relation between a commanding officer and his command. It was also an apt recognition of the contribution of the Indian Air Force during the war.

General Musharraf caused so much bloodshed on both sides and sent his troops to certain death only to assuage his ego. He was egged on by his sycophantic juniors despite the plan being tactically unsound. The operation was kept a secret even from the political leadership of the country including the then prime minister, Nawaz Sharif. The chiefs of Pakistan Air Force and Navy and even the Inter Services Intelligence (ISI) had no knowledge of the operation.

In evolving the plan code named Operation Koh Paima, with General Pervez Musharraf was Lt. General Aziz Khan, Chief of General Staff of the Pakistan Army and second-in-command to General Pervez Musharraf; Lt. General Mahmud Ahmed, General Officer Commanding of the 10 Corps under which comes the Force Command Northern Area (FCNA) deployed in Pakistan occupied Gilgit-Baltistan and Major General Javed Hasan, General Officer Commanding of the FCNA. They are now referred to as the “Kargil Clique.” The worst aspect of their plan was that it did not cater for logistics or the safe withdrawal of the men sent in. It was based on a mindless misconception that the Indian Army would not respond. The soldiers sent in, all from the Northern Light Infantry (NLI) which is manned by troops from Gilgit-Baltistan were used as cannon fodder. This also indicates the very low regard that the Pakistan army has for the lives of the NLI troops.

General Musharraf saved his skin by staging a coup and then remained a Dictator for almost a decade. Justice caught up with him in 2019 when a Pakistani court sentenced him to death in absentia. The disgrace of the failed Kargil operation has never left him. 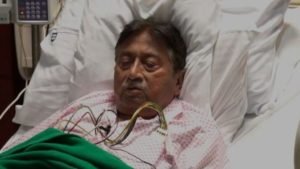 The foregoing narration elucidates the victory of righteousness over deceit, of bravery over duplicity. Sadly, the duplicity has not waned. Pakistan continues with its witch-hunt against India. Under international pressure to build bridges with India for the sake of regional security Prime Minister Imran Khan has agreed to a cease-fire on the LoC but in the matter of talks he has laid down a condition of reversal to the pre-August 2019 status of Jammu and Kashmir. He knows full well that the Government of India will never agree to this demand. He has, thereby, kept open the option of increasing the threshold of violence in Kashmir when assets created with the help of the resurgent Taliban are in place.

In Afghanistan, the Taliban is busy taking over the areas being vacated by the US, in complete disregard for the assurances it has given. It is reported that its various factions have already taken control of more than 120 districts, thus expanding its influence from 73 to 195 districts.

As the process of engagement with all players in the Afghanistan imbroglio continues it would be quite realistic to expect a considerable security disruption in Kashmir in times to come. The terror activities in Kashmir may not end any time soon, in fact, a serious attempt towards escalation is on the cards.

The silver lining is that the security forces led by the Indian Army are ready for any challenge posed to them by the malicious foreign forces. Foreign terrorists attempting infiltration will meet with a deserved fate of being neutralised.

While celebrating the courage and devotion of the Indian army during the Kargil war, the Government of India and each and every citizen of the country need to remain ever ready to support their Armed Forces in countering whatever evil design inimical foreign forces would use to harm the Nation.