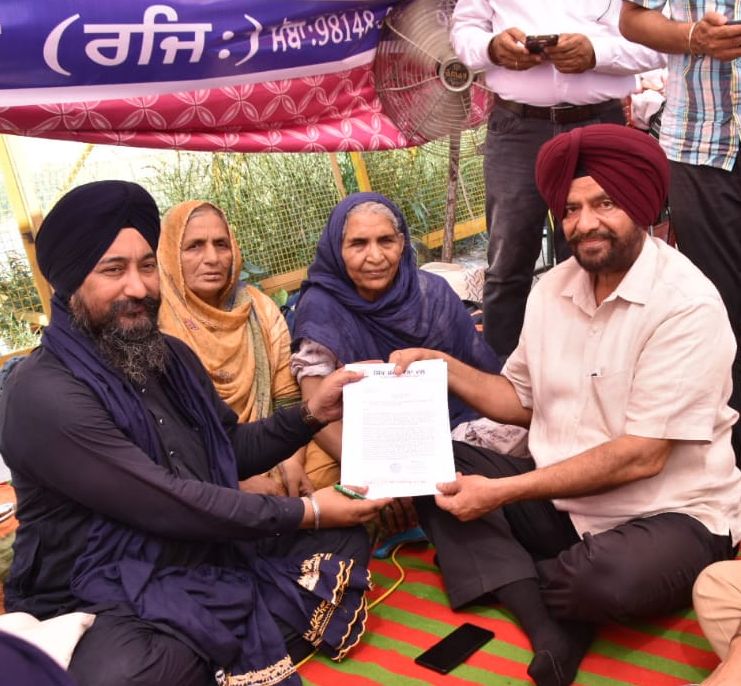 24 August, 2022 – Sangrur : The indefinite dharna by the Sikh Sadbhavna Dal (SSD) near Chief Minister Bhagwant Mann’s residence here in protest against the disappearance of 328 “saroops” of the Guru Granth Sahib is gaining momentum. Area residents have joined the dharna that started on August 20. The protesters demand action against the culprits.

In 2020, an SGPC employee had alleged that “saroops” of the Guru Granth Sahib had been despatched without these being entered into official records. Subsequently, Akal Takht had ordered an inquiry and it was discovered that many “saroops” may have gone missing over several years.

Patiala zone Inspector General (IG) Mukhwinder Singh Chhina, along with other senior police officers, today met the protesters and tried to convince them to end their protest. The protesters, however, refused to budge.

Baldev Singh Wadala, president, SSD, said: “For 22 months, we have been protesting peacefully and submitted memorandums against all those responsible for the disappearance of 328 ‘saroops’.”

IG Chhina said, “The protesters submitted a memorandum of demands, which will be forwarded to the CM.”