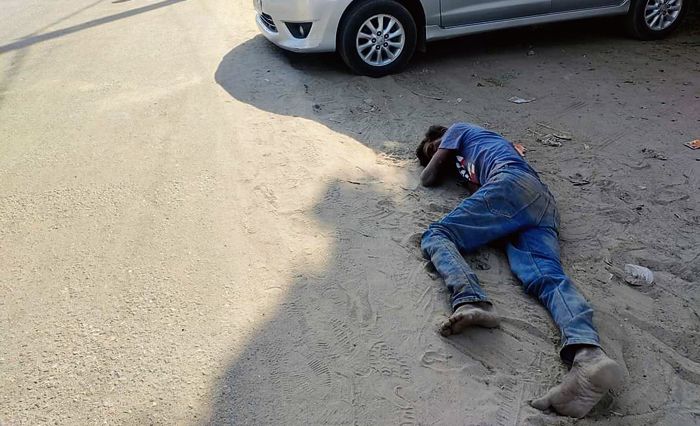 22 November, 2022 – Muktsar : Just like Maqboolpura village in Amritsar, Jhorar village, situated around 13-km away from Malout town in Muktsar district is also infamous for drugs. Locals say that nearly 40 cases have been registered under the NDPS Act against villagers in the past five years.

The village has a population of 7,000 and 100 of them have been booked for selling and consuming drugs.

Jasraj Singh, Sarpanch, Jhorar village, said, “Cops are conducting raids on a regular basis and the situation has improved a bit. However, some families are still selling drugs.”

The villagers have formed an anti-drug committee to curb drug menace.

Ex-serviceman Birbal Singh, chief, Sardar Bhagat Singh Welfare Committee, said, “We are helping some families who do not have money to get treatment. Thirty-five residents from our village are still in the jail in cases registered under the NDPS Act. However, it doesn’t mean there are some drug lords in the village. Mostly poor people are involved in this activity and they hide narcotics in small quantities under bricks and soil. Earlier, some people were selling poppy husk and now synthetic drugs are also available.”

The locals informed that 10 people have allegedly died due to drug overdose in the village in the past decade and three of them lost their lives in the past six months.

Ranjit Singh, co-ordinator, Anti-drug Committees, Muktsar, said, “We have worked hard in the past and handed over a number of peddlers to the police. However, sometimes we don’t get timely police assistance. In some cases, the police have helped us too. There should be proper coordination between the police and anti-drug committees.”

Meanwhile, Burj Sidhwan Road in Malout town is also a hotspot of drugs. A number of cases have been registered under the NDPS Act, but the situation has not improved.

Kotli Road in Muktsar city is another drug hotspot. Some people even migrated from here in the recent past. For instance, a youngster had reportedly died due to drug overdose here around four months ago and six persons were booked, but the victim’s family started getting threats. Irked over it, they left Muktsar and shifted to a safer place.

In Gidderbaha, Baintabad area on the other side of the railway crossing is considered a safe haven for illegal activities. Videos of youngsters allegedly consuming drugs have also surfaced online.

In Lambi, Kattianwali village has earned the notoriety of illicit liquor den. The wild growth along the canal has proved to be a boon for those indulging in this illegal activity. Despite numerous raids and huge recoveries, these people hardly mend their ways. Sources said there is an increase in brewing hooch in the winter season.

As many as 14 people reportedly died due to drug overdose in the past five months in the district. However, there is just one psychiatrist, who has been looking after a de-addiction centre at the Muktsar Civil Hospital, Gidderbaha Civil Hospital and a rehabilitation centre at Thehri village.

The district has 19 outpatient opioid assisted treatment (OOAT) clinics and 8,891 addicts have registered themselves.

SSP Dr Sachin Gupta said, “Recently, we busted an illegal de-addiction and rehabilitation centre at Malout. The police teams are regularly coordinating with the anti-drug committees. The special branch and anti-narcotic cell are keeping a watch on suspicious persons. Now, there is hardly any major drug peddler active in the district.”