29 November 2021 – New Delhi : Parliament on Monday passed the Farm Laws Repeal Bill, to repeal the three contentious agri laws against which farmers have been protesting for over a year, with its passage in Rajya Sabha. 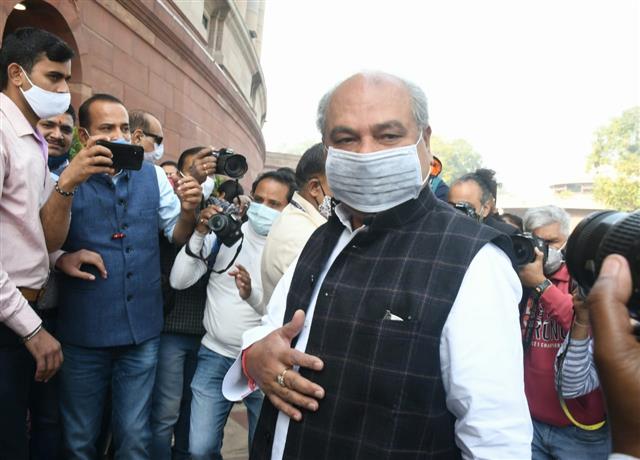 Earlier in the day, Lok Sabha also passed the Farm Laws Repeal Bill, 2021, within minutes of its introduction in the lower House.

Before the motion was adopted for the passage of the bill, Deputy Chairman Harivansh allowed Leader of Opposition Mallikarjun Kharge to speak for two minutes.

Kharge was of the view that the government has taken back the three farm laws in view of the forthcoming elections in five states after reviewing the results of recent bypolls.

He also mentioned about the death of over 700 farmers in more than a year during agitation against these laws.

When Kharge took more than the allocated time, the deputy chairman called Tomar to move the motion.

Tomar moved the motion and said while moving the bill for passage that the three laws were brought for the benefit of farmers.

He regretted that the government could not convince the agitating farmers about the benefits of the laws. He also attacked the Congress for adopting “double standard” on the laws, as its own election manifesto talked about the need for reforms in the farm sector.

He said Prime Minister Narendra Modi showed a large heart by announcing the repeal of the laws on Guru Nanak Jayanti.

He said as both the government and the opposition parties are for repeal of the laws, so there was no need for any discussion on the farm repeal bill.

The House passed the bill with voice vote amid protests by the Congress and TMC members. Dola Sen (TMC) and Nadim-ul-Haque (TMC) were in the well to protest against the passage of the bill without a debate.

After the passage of the bill, the House was adjourned for half an hour.