You are here: Home / Areas of Study / Social & Cultural Studies / Political parties should list out their environment manifesto
Share 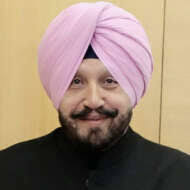 “This should be a legal sworn documents  with clauses for penalty and losing ones mandate if the legal commitments are not fulfilled as per the time bound  plan,” said Gill

“It manifesto  blueprint should have minimum commitment clauses including but not limited to on the following major issues as enunciated by Sri Guru Nanak Dev ji putting environment at the same pedestal as our dear parents quoting  ਪਵਨ ਗੁਰੂ ਪਾਣੀ ਪਿਤਾ ,ਮਾਤਾ ਧਰਤ ਮਹੱਤ,” he added 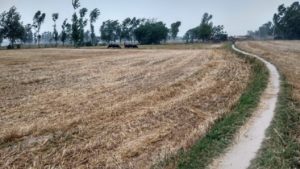 1.  How are they going to  stop the pollution of Punjab’s waters?

2.  What are the plans to provide clean breathable air to Punjab Citizens?

3.  How the party thinks to stop degradation of soil and improve Soil health?

4   Measures to be taken on emergency basis to stop pollution which effects citizens health directly.

5.  The plan to make revamp  Pollution Control Board to be corruption free and more  effective with magisterial powers and own dedicated force to arrest pollution control violators .

6.  Are they interested in establishing green courts and environmental police stations in major industrial cities to stop pollution related crimes like for eg.dyeing/electroplating industry polluting Punjab drinking and irrigation waters leading to cancers of different types thus resulting in slow murders say after 3 to 10  years of their having committed the crime of putting carcinogenic   chemicals in Underground water aquifers or into sewer water without proper treatment to save on pollution control equipment  and on  repeated use of  chemicals in the pollution control equipment used for  reducing or eliminating  pollution.