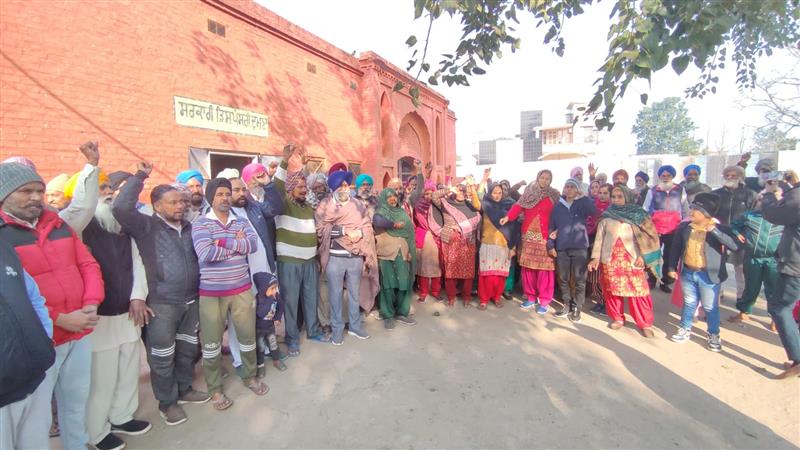 23 January, 2023 – Ropar : A number of Dumna villagers today staged a protest against the government’s decision to shut down the village dispensary near Morinda.

The protesters said with the dispensary shut, the patients will have to visit Boor Majra village at a distance of 8 km for health services.

The decision to shut down the dispensary came after the government decided to rationalise staff at the nearby subsidiary health centres and dispensaries run by the Panchayati Raj and Rural Development Department.

The government has decided to strengthen the existing primary health centres (PHC) of the state being run by the Department of Health and Family Welfare, on the same pattern as the Aam Aadmi Clinics.

Reportedly, a diagnostic laboratory is also being run at subsidised rates by the village panchayat in the dispensary. This facility will also be shut down due to merging the local dispensary with a PHC at Boor Majra, said locals.

Ropar Civil Surgeon Dr Parminder Kumar said the dispensary was being merged with the PHC at Boor Majra under government’s policy to provide improved health facilities to people and the benefits will be seen in coming days.