You are here: Home / News / Punjab and Haryana High Court tells Punjab to ‘wake up from slumber’ on drugs case
Share 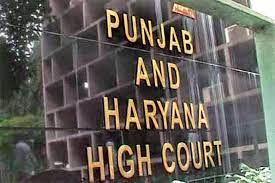 07 December, 2021 – Chandigarh : More than seven years after the drug menace case under the judicial scanner, Punjab on Monday told the Punjab and Haryana High Court that it was no more in “deep slumber”.

The submission came in response to the High Court’s observation that the state was apparently not only lazy, but also in “deep slumber”.

As the case came up for resumed hearing, the Bench of Justice Augustine George Masih and Justice Sandeep Moudgil expressed the hope that the state really wake up from slumber. It was also of the view that so far there were only talks and no action in the matter. The Bench also made it clear during the course of hearing that it was concerned with the larger aspects of the public interest litigation before it and not allegations against individuals. The Bench added that it had gone through all the orders and made points.

Appearing before the Bench, Punjab Advocate-General DS Patwalia reaffirmed the state’s commitment to take strict action in the matter while submitting, “We have woken up from the slumber.”

Representing the state of Punjab along with Patwalia, senior advocate Dushyant Dave agreed that the state had been lazy in taking action in the matter, adding that it had now been advised to take appropriate action.

Seeking directions to be made a party to the on-going proceedings after alleging attempts by his political opponents to target him, Bikram Singh Majithia through senior counsel RS Cheema and Arshdeep Singh Cheema argued that neither the special task force nor the Enforcement Directorate had found any evidence against the Akali leader and MLA in relation to the case.

Cheema submitted that some of the accused had filed a petition for transfer of investigation in July 2015. The PIL was to be segregated from cases of individual accused in accordance with an agreement between the parties as the petition before the court was “in the nature of non-adversarial proceedings”.

Advocate Navkiran Singh on the behalf of Lawyers for Human Rights International said there was no effective action in the matter since May 2018. He said that the High Court had not ordered stay in the matter, yet, there was no action.

The case will now come up for hearing on Thursday.