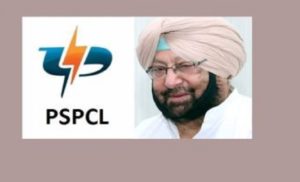 On ground the performance of the organisation leaves much to be desired. Punjab has become used to frequent disruptions in the supply of electricity. There are multiple reasons for the same; the infrastructure in terms of lines laid and availability of transmitters etc is very old and outdated, hence, at the slightest natural disruption (even a light shower) it gets disrupted; secondly, the cost of electricity in Punjab is the highest in the entire country which leaves people under heavy financial strain, it multiplies further with municipal tax, cow cess, increased electricity duty and social security surcharge.

This apart, PSPCL is fighting a severe financial crunch owing to power subsidies, default in payment of power bills by the government and payment of coal washing charges to private power plants. Due to heavy expenditure and delay in payment of bills by Government offices, the organisation is compelled to take heavy loans, which greatly adds to its financial burden.  This is the condition when the Government touts Punjab (PSPCL) as power surplus.

The situation became so bad recently that a cut in power supply to high-consumption industries was carried out for two days even as working hours in Government offices were curtailed in order to provide electricity to farmers during harvesting season.

The blame for the terrible state of affairs is being put on the Power Purchase Agreements (PPAs) with private suppliers that were signed many years back by the Shiromani Akali Dal (SAD) led government in Punjab. It is reported that 139 (PPAs signed during the SAD rule, 17 were enough to cater for the requirement of the state, there is no logical explanation for signing the remainder 122 for 1,314 MWs of power.

Presently, of the total installed power generation capacity of 14,362 MW in the state, 6,902 MW is run by private firms. There are three private thermal plants in the state with a combined capacity of 3,920 MW. Apart from this, the state can produce 1,300 MW through renewable sources of energy, hydro, solar and biomass.

Another point of concern is that the PPAs signed with major Independent Power Producers (IPPs) had a clause wherein fixed charges would be paid to if the government did not require electricity, the power plants are the biggest beneficiaries of the PPA clause which has caused a huge financial loss running into thousands of Crores to the PSPCL. The then Punjab government should have taken a leaf out of the policy adopted by the Gujarat Government of purchasing power from private entities only to meet peak power demand.

The same SAD is now voracious in protests against the Government. The face saving reason being floated around is that the (IPPs) were drafted on the basis of peak power demand that exists only for four months in a year.

Under fire, the SAD maintains that the state first decided to go in for private participation in power generation during the 2002-2007 Captain Amarinder Singh government which gave clearance for private players to set up facilities with a capacity of 2,000 MW to meet the additional requirement. The SAD maintains that it merely approved the establishment of private power plants as per the guidelines of the Dr. Manmohan Singh led Union government. These arguments do not hold merit since it was the responsibility of A SAD to revisit the contracts and reject all clauses found unsuitable for Punjab.

The ruling Congress party itself admits to mismanagement in PSPCL

PSPCL has tried to cover up the amount being given to the IPPs by attempting to keep its own plants shut and using their power optimally. This however has not helped since the PSPCL has to pay salaries    to its own power generation staff without using it optimally.

Now, in an attempt to cover up the lapses of the organisation, the PSPCL Chairman and Managing Director (CMD) A. Venu Parsad has stated that the PSPCL aggressively sells surplus power during winter, apart from banking of power with other states in order to reduce the burden. The PSPCL is also adopting a life saving posture of claiming that termination of PPAs with IPPs will lead to a power crisis in the state. This explanation would not stand scrutiny. Punjab struggles to find buyers for its excess power since there are so many private plants coming up. .

The Captain Amarinder Singh led incumbent Congress Government in Punjab had, on assuming office in 2017, promised to revisit the PPAs. During the campaigning, the Congress had accused the PSPCL of extending undue benefits to the tune of Rs 7,500 crore to private players providing power to the state by allowing them to raise their variable costs arbitrarily, thus making power expensive for the consumers.

The Government, sadly, has been unable to progress upon the word given. Now with elections looming ahead there is not much scope left to do anything concrete to be done though a lot of noise is being made.

The fact of the matter is that the PSPCL has been breaking rules not only during the times of the Badal Government but also all through the Congress regime. The Punjab State Electricity Regulatory Commission (PERC) (Conduct of Business) Regulations, 2005 states that PSPCL shall not enter into a contractual commitment of such long term power purchase till the PSERC approves the procurement of electricity. It is reported that the organisation has not been taking the mandatory approval of (PSERC) before signing the PPAs. There are innumerable instances where ex-post facto approval of PPAs was taken from PSERC in delays ranging from six months to 11 years. In more than a dozen PPAs, the approval of PSERC remained awaited for as long as 12 years even as the purchase of electricity carried on undeterred.

Despite the rhetoric (under duress) of revisiting the PPAs the Government of Punjab seems to be determined to continue on the path of privatisation of the electricity generation. There are apprehensions that government plants will remain on forced shutdown to pave way for private sector generation. This is evident from the actions being taken to redevelop and sell the 1,764-acre plot on which stands state-owned Guru Nanak Dev Thermal Power Plant in Bathinda which was shut down in January 2018 amid the state government’s efforts to phase out thermal power plants older than 25 years over emission-related concerns, in line with central government guidelines. The employees are staging protests and rightly so since the Government has the land on which new a new generation set up can be constructed

Other states like Pradesh, Gujarat and Uttar Pradesh are also revisiting their PPAs with private players and revising them. In some cases the matter has gone to the courts. More and more states are refraining from signing any more PPA agreements. Also, many states which are buying power are charging less than Punjab. Punjab is neither able to consume power within the state nor sell power to others outside. The burden therefore will be passed on to consumers.

The PSPCL imbroglio is a clear cut case of mismanagement for decades on end under the very nose of successive SAD as well as Congress run governments. The fact that there is hesitation to  set things right gives an impression of corrupt practices being adopted. The matter calls for an independent judicial enquiry more so since the people as well as the state are paying a very heavy price for this procrastination.