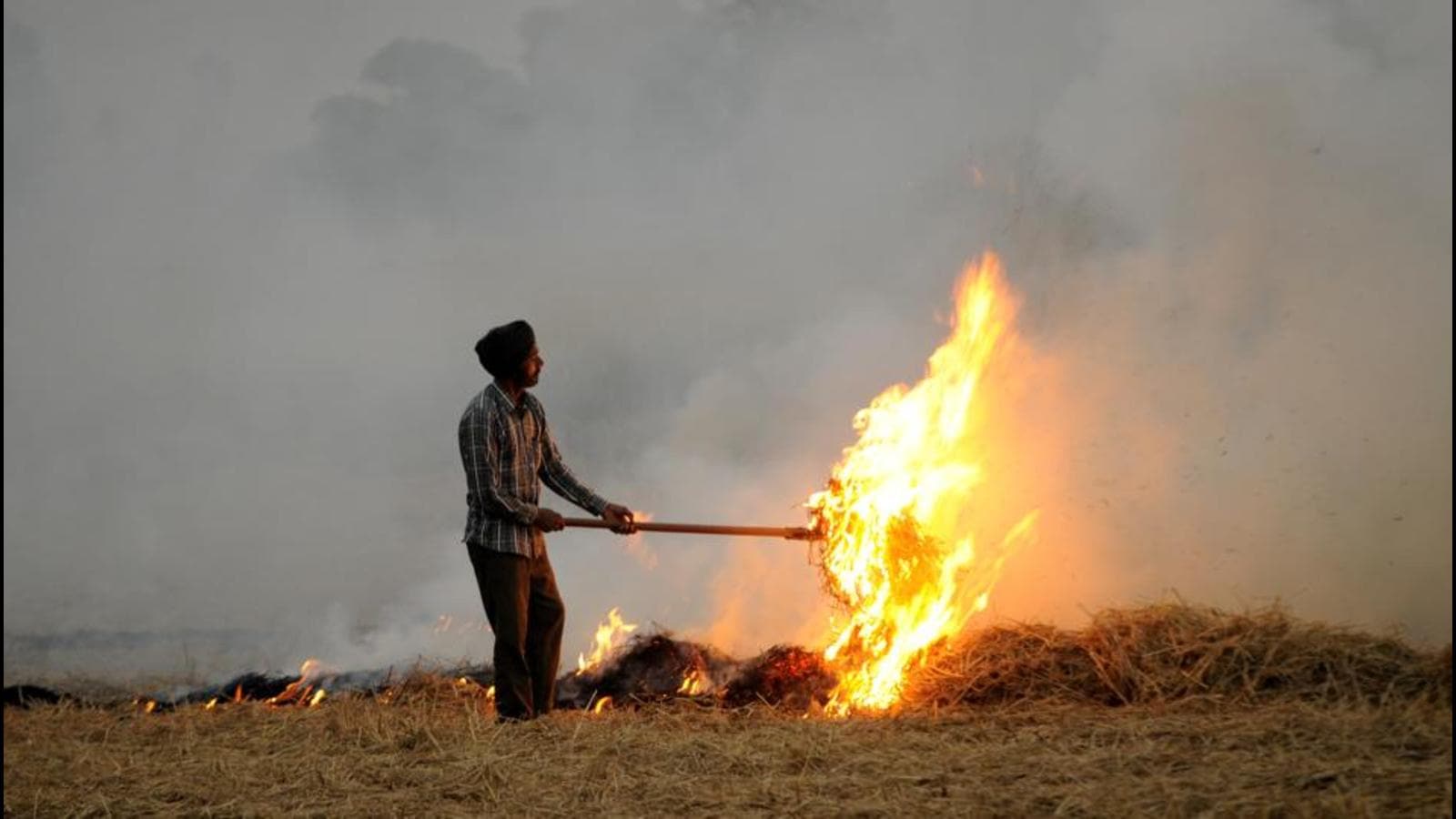 26 October, 2021 – Bathinda : With paddy harvesting gaining pace, the state is witnessing a sharp rise in stubble-burning incidents. As per the record, Punjab has witnessed 200% hike in farm fires in the past one week, with the tally reaching 6,025 from 1,946 reported till October 15.

With the harvesting picking up pace in the state, farm fires are bound to rise more sharply in the coming days.

The Punjab Government has been claiming that all-out efforts have been made to encourage the farmers to shun stubble burning. However, a section of farmers has been demanding that instead of subsidies on machines, they should be provided a compensation of Rs 200 per quintal for managing stubble.

With state elections round the corner, the Punjab Government is unlikely to annoy the farmers by registering cases against them for burning stubble like it did last year.

Notably, the Centre recently released data showing that it has already provided Rs 1,050.68 crore for stubble management by farm mechanisation.

However, the Punjab Pollution Control Board data clearly indicates that notwithstanding the government’s tall claims about the measures taken for the stubble management, farmers are continuously burning their crop residue with impunity in the district.

Jasvir Singh, a farmer, said: “We know the adverse effects of burning crop residue but we have no other alternative as the government hasn’t made any arrangements to handle the situation.”