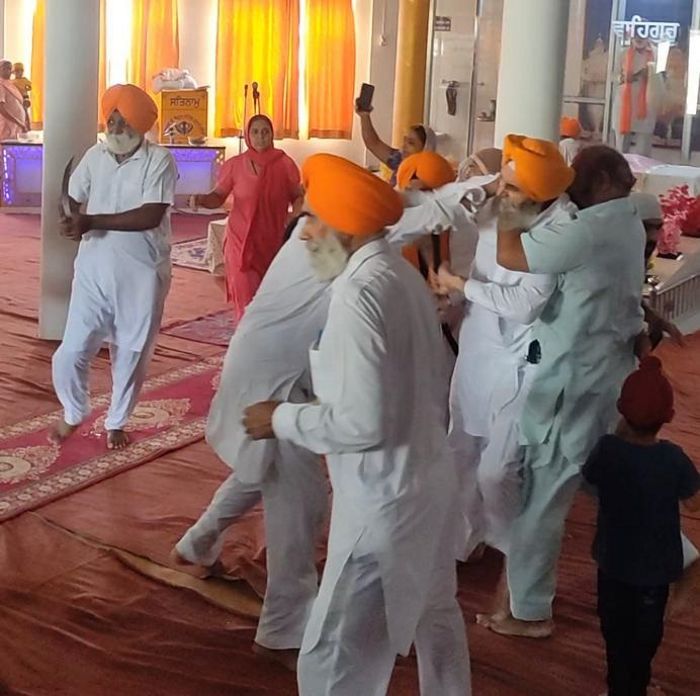 19 September, 2022 – Amritsar : On the directions of Akal Takht, the SGPC’s investigating panel will leave for Faridkot tomorrow to probe a clash between two groups on the gurdwara premises over the control of the shrine’s management committee.

Several devotees were injured in the clash, the video of which has been doing the rounds on social media. The two rival groups can be seen in the video brandishing swords inside the sanctum sanctorum.

A case has been registered against nine persons, three of whom have been arrested.

Sources say the two groups are locked in a legal fight over the control of the gurdwara management committee. The matter is pending in a Faridkot court.

On September 15, Akal Takht’s officiating Jathedar Giani Harpreet Singh while addressing a gathering had talked about the rising cases of internal bickering in the management of Sikh institutions, with an eye on grabbing the control of “golaks”.

He had said more than 80 per cent of the complaints received at Akal Takht pertained to a tussle among members of gurdwara committees.