You are here: Home / Areas of Study / International Perspectives / With Miltablishment support waning, Imran may not survive 2022 as PM
Share 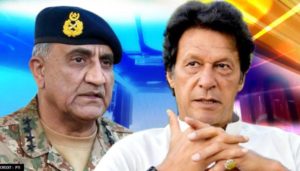 Khyber Pakhtunkhwa, KP in short, is a province of Pakistan where Pakistan Tehreek e Insaf (PTI) has a clear majority. It is Pakistan Prime Minister Imran Khan’s party which holds 94 out of 145 seats in the state legislature. Some days ago, there were local body elections in KP and surprisingly, PTI was easily beaten by Maulana Fazlur Rehman’s Jamaat Ulema Islam (F). PTI could win only in 12 local bodies called Tehsil council seats as against 17 of the JUI(F). There will be elections in another 17 local bodies on January 16, and Imran hopes to do better.

Why a loss to JUI (F) rankles more is because it is not considered a top political party in Pakistan and is far behind Pakistan Muslim League (Nawaz) of Mian Nawaz Sharif and Pakistan People’s Party of Bilawal Bhutto. An angry Imran summoned KP Chief Minister Mahmood Khan to Islamabad to explain reasons for the poor show by the PTI. The CM blamed wrong selection of candidates, with relatives of powerful politicians and some top officials too, being given tickets. He also said that more meritorious candidates, who worked hard for the party, were ignored due to extraneous factors. In this, India is not very different from its western neighbour in that we hear stories from state after state of dynasties.

Sounding sufficiently agitated and angered, Imran Khan ordered massive changes in the party office bearers throughout PK, and the country. The massive shake-up is, what Imran believes, help his party put up a better performance in another 20 days. But is it as simple as changing office-bearers can ensure PTI’s win? Unlikely, most experts believe that this will hardly effect the downward spiral of Imran’s party. They also said that it is more likely to be interpreted as a knee jerk reaction and panic.

What is the basis reason for PTI becoming unpopular? Is its support sliding down in only KP, or is this something that is happening in other provinces of Pakistan as well? If truth be told, a narrative is building up in whole of Pakistan that Imran’s days are numbered as he has been jettisoned by the Miltablishment. This word Miltablishment is unique in Pakistan and was popularised by Najam Sethi of The Friday Times.

Incidentally, if you Google the meaning of Miltablishment, the answer you get is that is “it is used typically by political journalists to refer to Pakistan’s powerful military, which plays an enormous role in shaping up the country’s security and foreign policies.’’ Of course, it is very well established in Pakistan that the Army has vast powers (usually without responsibility) and the civilian government headed by a Prime Minister is usually there to take all the flak. If things go right, the Miltablishment remains happy enjoying the perks of power but, when there is a problem, it readily pushes the blame on any PM who is in power at a particular moment in history.

A major reason for the PTI’s electoral losses are perhaps a reflection of this feeling among the masses that Pakistan Army chief General Qamar Bajwa is unhappy with Imran. It is also being said that Bajwa is ready to dump Imran and parleys are on with PPP’s Bilawal and Shehbaz Sharif. There are reports in Pakistani newspapers that Mian Nawaz Sharif is likely to return to Pakistan soon, to take up command of his party again. His daughter, Mariyam Nazaz has been the public face of the PML (N) for a long time and said after the recent PTI defeat that it was time for Imran to pack his bags and call it quits. 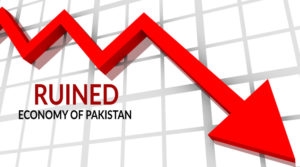 Right now, Pakistan is going through serious economic difficulties with its currency, the Pakistani rupee, selling at more than Rs 178 to a dollar officially. Unofficially, the rupee to dollar conversion rate is more and sometimes it has sold for Rs 182 to a dollar. This constant devaluation is the reason the whole of Pakistan is facing unprecedented inflation and ordinary people are feeling enormous difficulties. The corona-virus pandemic, the origin of which it attributed to Wuhan city of Hubei province of China, raging through the world, has also harmed Pakistan’s economy just as it has affected others.

On the foreign policy front too, Pakistan seems to be facing challenges as the US has stopped pumping in money into its economy, which it was doing earlier on one pretext or the other. There is a perceptible coldness in the US attitude towards Pakistan after the Taliban stormed into Kabul on August 15 this year. A jubilant Imran Khan had rather pompously remarked then that the Afghans had thrown off the yoke of slavery. He said that in haste but can now repent at leisure as his one phrase statement was analysed endlessly by the western media. They rightly concluded that Imran was very happy at the loss of face, and prestige, the US has suffered due to the Taliban victory.

Incidentally, US President Joe Biden has not made a phone call to Imran Khan till date, over an year after getting elected! Apparently, Biden’s treatment was not to Imran’s liking and he blurted out what he thought of the US in a movement of blissful delirium after the Taliban victory. The Pakistan foreign policy on Afghanistan seems to be in a shambles as it has not been able to get official recognition from any country in the world. Not only that, Pakistan has shown utter timidity and not dared to recognise the Taliban, not something to the latter’s liking.

To kick start its spluttering Afghanistan policy, Pakistan organised a meeting of the Organisation of Islamic Cooperation (OIC) nations. It had hoped that the OIC nations would rush in to help Islamic Emirate of Afghanistan. Those hopes have also been dashed to the ground now with OIC meeting promising help, and on December 20 said that it has decided to set up a fund for Afghanistan to be operated by Islamic Development Bank. However, this corpus will be available only in March and till then what will the Taliban do to feed hungry millions is anybody’s guess.

Rather ominously, senior World Food Programme (WFP) officials manning the Afghanistan say as many as one million Afghan children below five may die this winter. At least 22 million Afghans, more than half the country’s population, needs urgent food support. By mid-2022, around 97 per cent of population may become paupers, cold statistics that make one shudder about the impending humanitarian crisis. But Taliban won’t change their ways! To accommodate the concern of the western nations about human rights, women’s education and an all-inclusive government.

Pakistan’s, and Imran’s policy failure to persuade the Taliban will have serious consequences for him. Its culmination can be his ouster from the PM’s post with someone from within PTI, or outside, stepping in.