You are here: Home / Areas of Study / International Perspectives / COVID crisis: China’s behaviour towards India is a big disappointment
Share 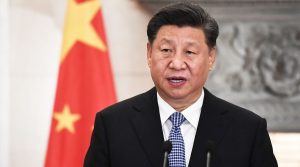 “China is ready to strengthen anti-epidemic cooperation with India and provide support and assistance to India. I am confident that under the leadership of the Indian government, the people of India will be able to overcome the epidemic,” said President Xi Jinping of China in early May.

There is talk of tonnes of medical supplies, thousands of ventilators, liquid oxygen tanks and oxygen generators along with other anti-epidemic material arriving from China to India. What is conveniently not mentioned is that such supplies are purely commercial in nature.

A week or so before the statement by the Chinese President, the Global Times carried an article, “India should take sincere vaccine help, not empty Western promises,” written by one Lan Jianxue. In the article, the writer has suggested that India should accept relief support from Pakistan and also re-evaluate her relationship with the US and other western nations that have not offered aid in these times of dire need.  “During the first Quad summit in March, these countries were talking lip-service including expanding COVID-19 vaccine manufacturing capacity in India,” says the author in the course of his article. It needs to be noted here that the Global Times is the biggest propaganda generating asset of the Chinese Communist Party (CCP). The contents of the article can be rated as one among its more crude attempts to shape opinion.

In other equally obnoxious propaganda campaigns, China has attempted to show the Indian conditions in a negative light. In one such attempt it has publicised that canine crematoriums are being used in India for humans, Such posts are uploaded and after some time removed in yet another crude show of a sick and regressive mindset.

More than the material help, China could have contributed by easing tensions along the Line of Actual Control (LAC) in Ladakh as well as the North-East region. Instead of doing so, it is poised to take full advantage of the COVID related turmoil that India is going through to strengthen its military positions over there. It has carried out troop rotation and changed deployment patterns by placing more boots on ground to suit long term goals. The PLA is also increasing its hold over Tibet by building more military base camps and adding significantly to the  number of airports over there.

On the Bhutan front there are worrisome reports of massive construction activity in places that are under dispute. The Indian and Bhutanese authorities are closely watching the situation on ground. India will, of course, step in only on invitation of the Government of Bhutan; suffice to say that the Chinese intention is quite obviously malevolent. 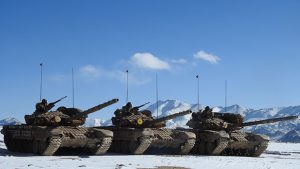 China has also activated its paid columnists in India who pass off as “defence and strategic experts.” They are writing loaded articles questioning the disengagement process and are at pains to establish “enhanced vulnerabilities” in the Indian positions along the LAC. They attempt to spread misinformation by passing off half-cocked ideas as strategy. The objective of such articles remains instilling fear and insecurity in the minds of the Indian public. The sad part is that most of these so-called experts are military veterans who have sold their soul to the devil. In an infantile attempt to harm the party leading the Government they are letting down the very organisation that gave them livelihood and respect and that too with arguments that are low on facts and based on coloured assumptions.

Chinese military preparations and psychological warfare gives clear indication of its intention to use the COVID situation to maintain pressure on India. The People’s Liberation Army (PLA) of China is most likely to undertake operations this summer to achieve whatever objectives they could not achieve last year.

India has made an extra effort to build trust to the extent of vacating the strategically important Kailash range in eastern Ladakh. India, of course, has the option to reoccupy the same in a short time span but is attempting to  move forward with maturity, something that China is perceiving as a weakness.  If push comes to shove then India  will definitely ensure that China pays a heavy cost for any misadventure along the LAC, the COVID challenge notwithstanding . Necessary build-up of military might has been completed and preparations made for all eventualities.

The situation in the Indo-Pacific region and South China Sea has  got China worried now that the QUAD has come up with a coherent “strategy of containment” so far as China is concerned. Resurrection of QUAD has been spearheaded by the United States that wishes to complete its pivot in the region and stifle Chinese attempts to establish regional and global hegemony. Chinese belligerence has all nations in the region worried leading to a demand for a balance of power to ensure peace and undeterred movement on the sea lanes. The situation gives a leeway to form a loose NATO like alliance in the region. QUAD will attempt to get stability by incorporating nations in the first island chain into an alliance on the basis of soft power principles of upholding rule based order of international law and democratic norms. The idea is to involve countries like Vietnam, Philippines, Indonesia, Singapore, Malaysia in the sea denial strategy. The equations are complicated since all Nations have to also look towards their personal interests and China is no push over, however, the will to move on the integrative path is palpable. Naval interoperability that has been achieved between the QUAD nations will definitely keep China at bay.

India is quite capable of meeting any military threat posed by China along the LAC; the strengthening of the QUAD has added to her power to contain Chinese misadventures. It is hoped that China will read the writing on the wall.

China has come across as a big disappointment at this crucial hour when humanity should have taken centre stage. India will certainly come out of this terrible situation sooner than later, but, it will not forget China’s behaviour.

(Hardeep Bedi is a senior Delhi based journalist and columnist)