You are here: Home / Areas of Study / Governance & Politics / SAD break up with BJP: More to it than meets the eye
Share 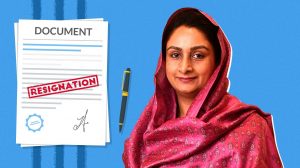 The monsoon session of the Indian Parliament, being conducted under the shadow of the Corona Pandemic, is witnessing its fair share of political upheaval. A major turmoil has been triggered with the passing in the Lok Sabha of the two agriculture related bills – The Farmers’ Produce Trade and Commerce (Promotion and Facilitation) Bill, 2020 and the Farmers (Empowerment and Protection) Agreement on Price Assurance and Farm Services Bill 2020. These bills, also known as the “Farm bills” have been brought in Parliament to replace Ordinances that were notified in the first week of June.

As was expected, the bills sailed through in the Lok Sabha in the basis of the majority that the ruling NDA-II Government enjoys over there. The opposition, of course, staged a walkout while accusing the Government of “destroying the federal structure.”

What came as a surprise, however, was the walk out over the passing of the bills by the Shiromani Akali Dal (SAD) parliamentarians led party President, Sukhbir Badal and his wife, Harsimrat Badal. Harsimrat, who has been a minister in the Union Cabinet in both recent tenures of the NDA, has resigned in protest against the Farm bills.

SAD had supported the farm bill legislations at the time when the Ordinances were promulgated. Harsimrat Badal, in her capacity of being Union Minister for Food Processing was an important part of the Cabinet meeting where this decision was taken. At a later stage also the SAD spoke out in favour of the Ordinances. This sudden U-turn in the most dramatic manner, by announcement of the resignation of Harsimrat Badal on the floor of the lower house of Parliament by party President Sukhbir Badal, definitely comes as a surprise.

This move by the SAD is less due to the farm bills and more because of the tenuous political position of the party within Punjab and outside of it. The farm bills are the least of the problems being faced by the party. The bigger issue in the present context is the disgust in its core constituency of rural Jat Sikhs with respect to the inept management of the Shiromani Gurdwara Prabandhak Committee (SGPC).

The reputation of gross corruption that the organisation is already carrying has been reinforced with the disappearance of 328 Saroops (published copies) of the Holy Sri Guru Granth Sahib from the custody of the SGPC. No amount of damage control through formation of investigative committees has been able to assuage the shattered feelings of the Sikh community already disgusted due the Behbal Kalan imbroglio that continues to fester.

The damage control exercise has been astutely managed by the SAD. Alongside the walk out from Parliament came the “punishment” to the SGPC president and its executive committee members by the Jathedar of the Akal Takth for “failing to check the misappropriation of its publication department that has led to 328 Guru Granth Sahib Saroops going missing.”

The SGPC officials, probably at the behest of their masters of the Badal family, were quick to apologise for the “negligence.” They were told to atone for the same by first doing Parkarma (Circumambulation) of the holy tank of Darbar Sahib. The Jathedar Akal Takth announced the sentence by stating, “You are directed to hold one Akhand Path (non-stop recitation of Guru Granth Sahib) at Gurdwara Ramsar Sahib for Pashchatap (regret and remorse) for the 2016 fire incident that led to Saroops getting burnt. Hold another Akhand Path at Akal Takht. When that Akhand Path would be going on at the Takht, the SGPC office-bearers and executive members will sweep the street leading to Darbar Sahib from Saragarhi Serai to Ghantaghar Chowk.” 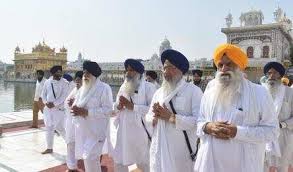 The SAD also has to contend with the successful political mobilisation by the Congress in denouncing the Bills as anti-farmer, not only in the whole of Punjab but also in neighbouring Haryana. Punjabi farmers are giving vent to their anger by announcing that they will not allow such MPs who have supported the bill to enter Punjab.

Relations between the BJP and the SAD have been witnessing fissures for quite some time now. SAD wished to create a niche for itself in Delhi by fighting the elections to which the BJP did not agree. Also, differences cropped up between the two parties during the Haryana Assembly election last year. In a couple of constituencies, SAD leaders campaigned against the BJP candidates. SAD was also critical of the Citizenship Amendment Act (CAA).

After the walk out from the Union Parliament Harsimrat Badal, in her attempt to play the martyr card, conveniently leaked out the resignation letter that she had written to Prime Minister Narendar Modi “My decision symbolises my party’s vision, its glorious legacy and its commitment to go to any extent to safeguard the interests of the farmers,” she wrote in the four-page letter.

The Badals, however, are continuing to play a safe card by insisting that the resignation does not mean an exit from the NDA. Sukhbir Badal has stated that Akalis will continue to support the government and BJP but will oppose the “anti-farmer policies.”

It is being said that the break up with the SAD will be a setback for the BJP. On ground it does not seem so, considering the alacrity with which resignation of Harsimrat Badal has been accepted by the President of India the very next day itself. It seems that the BJP has been expecting this break up and is poised to go it alone in Punjab.

BJP has launched an aggressive information campaign to offset the negative perceptions about the farm bills. “Contract will not lead to taking over of land. If the corporate’s build some infrastructure, it will only benefit the farmer in the end… Licence, Inspector Raj will end, corruption will end, and farmers and traders will be free to buy and sell anywhere in the country,” said Union Agriculture Minister, Narendra Singh Tomar.

“Farm bills clearing Lok Sabha is a historic moment for the farmers in the country and the agricultural sector. These bills, in true sense, will eliminate bottlenecks and middlemen,” Tweeted Prime Minister Narendra Modi in Hindi. “A lot of people are trying to mislead the farmers. I want to assure my brothers that MSP and government purchase will continue. These bills, in true sense, are meant to empower the farmers,” he added. 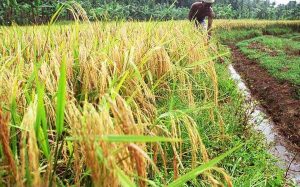 The situation presents to the BJP a big opportunity to break the political shackles of the SAD and prepare to face its political destiny in Punjab as an independent entity. It has two major platforms to work on. The first is to work with likeminded representatives of the Sikh community towards cleansing the mired systems of the SGPC that are causing so much pain, especially so, in the matter of the 328 missing Saroops of Sri Guru Granth Sahib that the SAD is now attempting to put under the carpet.

The second of course is the farm bills themselves. The party needs to study closely the impact in Punjab of the said bills. It has to walk the talk in proving that bills will not eliminate the institution of minimum support price or the “Mandi system” which is the biggest insecurity being faced by the farmers. It has an opportunity to do so while the recent Rice crop is in the market. In case there are any amendments required to be made they should be considered with an open mind. The bills have not yet been cleared by the Rajya Sabha, hence, a window for making amendments is yet open. While the SAD has burnt its boats there is an opportunity for the BJP to build on its presence in Punjab.