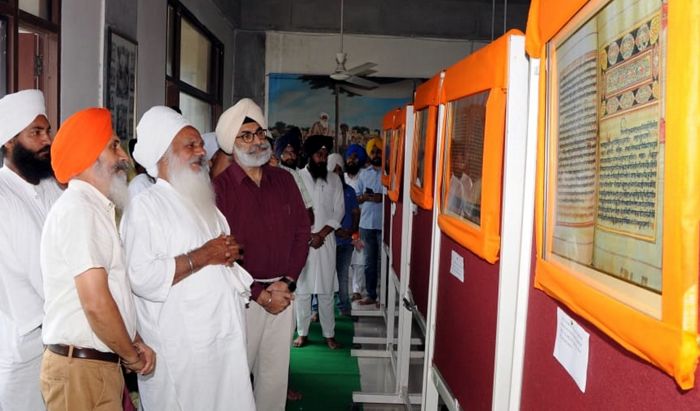 Highlighting the calligraphy and artwork adopted to document the Birs of Guru Granth Sahib since the 17th century, a two-day exhibition at Guru Nanak Dev University captures the aesthetics behind the ancient Sikh text. A report by Tribune reporter Neha Saini and lensman Sunil Kumar.

02 September, 2022 – Guru Nanak Dev University on Thursday opened a two-day exhibition dedicated to 418 years of Parkash Utsav of Guru Granth Sahib. The exhibition puts the spotlight on techniques and craft of scribes, who used to manually write the Birs of Guru Granth Sahib and other important Sikh scriptures. From using “phool-booti” patterns on the pages where texts were written to using aesthetic motifs in numbering of the pages and making special organic ink for writing, the significant details of these scriptures of the 17th to 19th century are worth noticing. 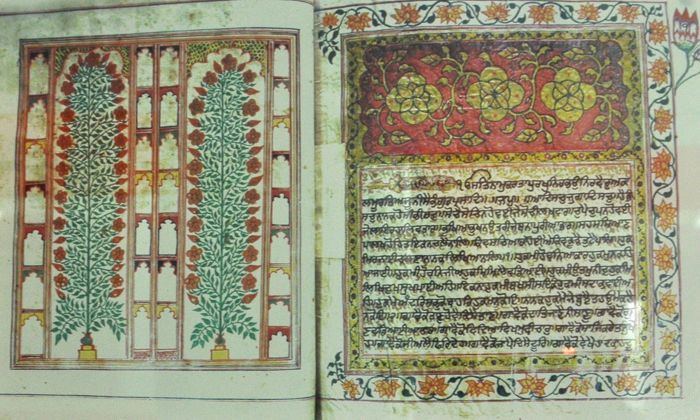 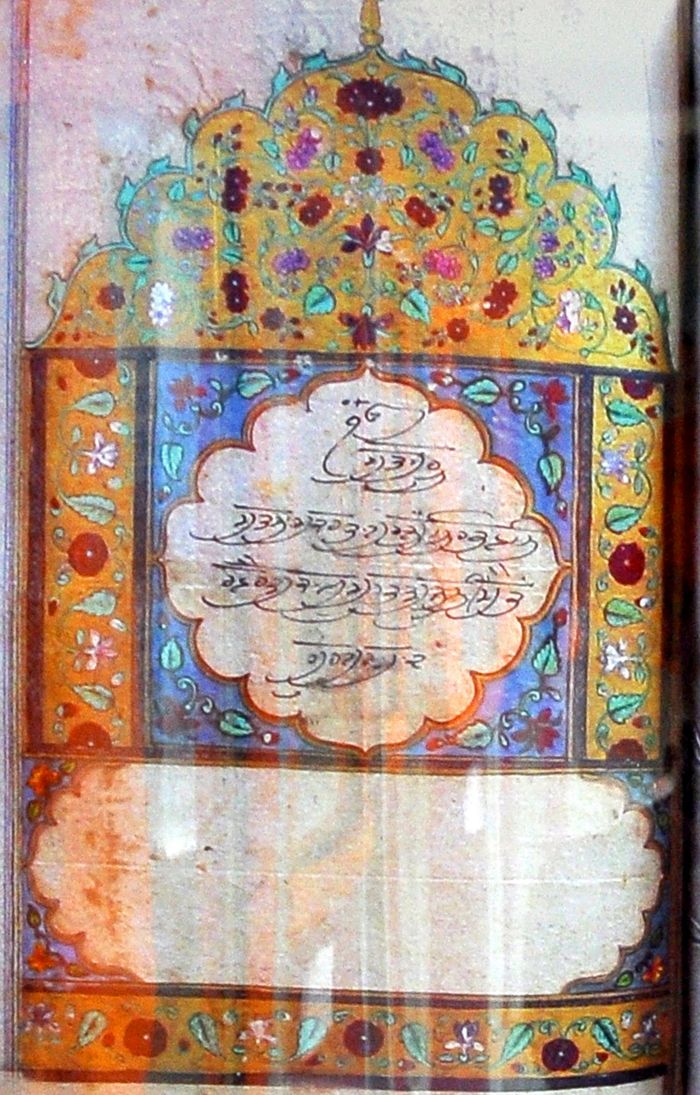 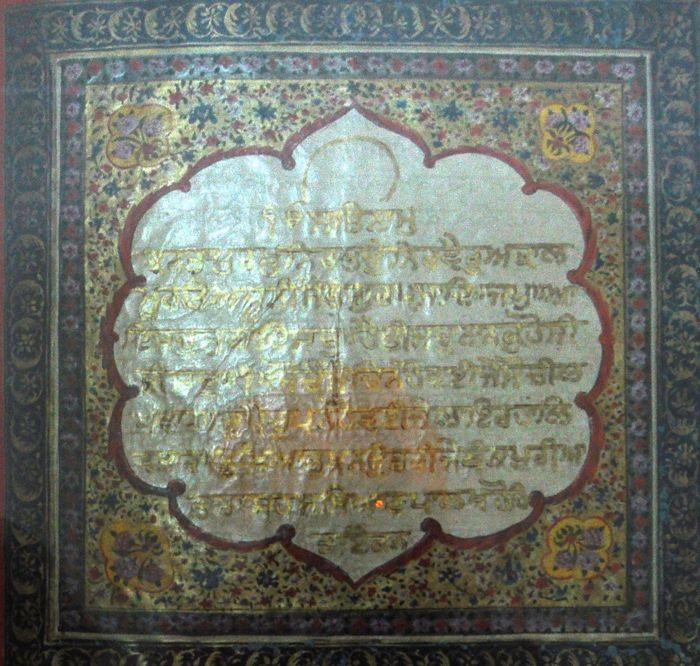 On display are the rare religious manuscripts and ancient texts sourced from different regions, including West Bengal, Dhaka, Bihar, Maharashtra and parts of Punjab. Padma Shri Baba Sewa Singh of Khadur Sahib, who inaugurated the exhibition, stresses preservation of the tangible aspects of arts and ancient texts of the rich Sikh heritage. “The artwork done in old Birs is an example of the dedication, passion and skill that artisans and scribes of the time had,” he says. 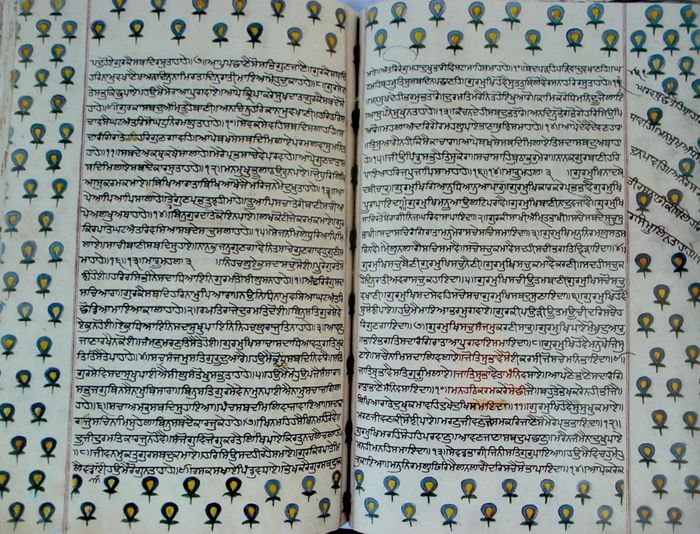 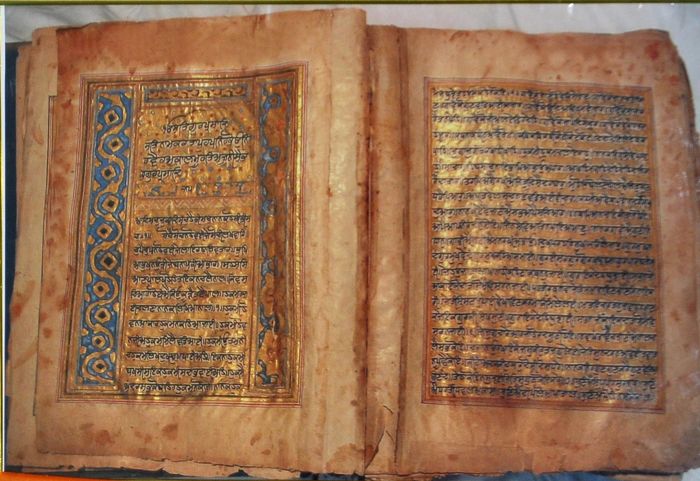 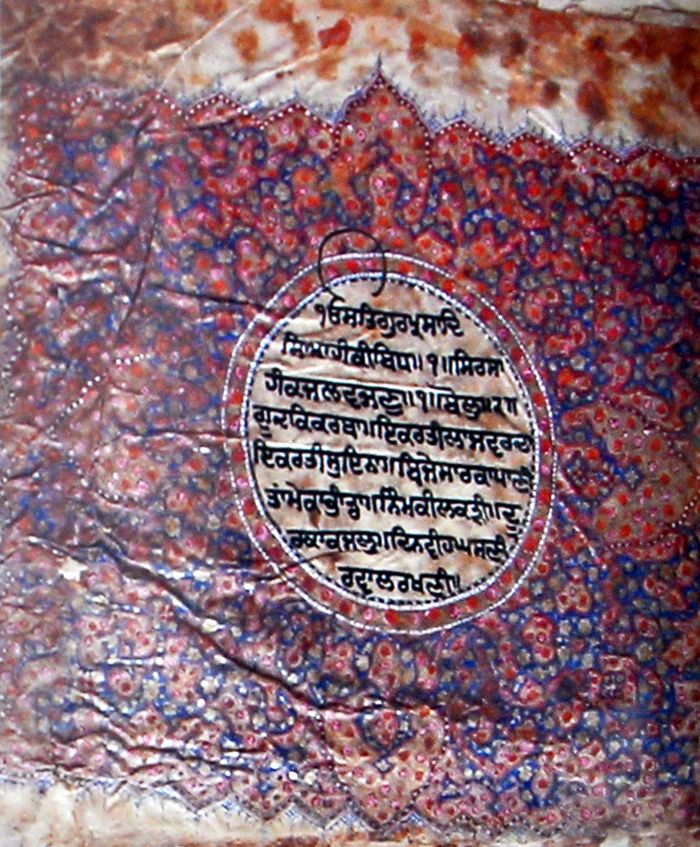 Right from the tradition in the Sikh history of recording Gurbani in “pothis” to the tradition of preparing handwritten Granths, which began with the compilation of the “Adi Sri Granth Sahib” in 1604 AD, the growth and development of calligraphy of Gurmukhi scripts can be studied from these exhibits. The process of writing the Birs manually involved preparation of special ink, using material like 24K gold, bhringraj oil, soot mix and indigo that were mixed together in a brass utensil with neem wood and kept for 20 days. The intricate naqashi style artwork on handmade paper stands out for its motifs and geometrical designs. The staple vines and the ‘phool-booti’ patterns adopted since the 17th century onwards are still used while publishing the Birs. 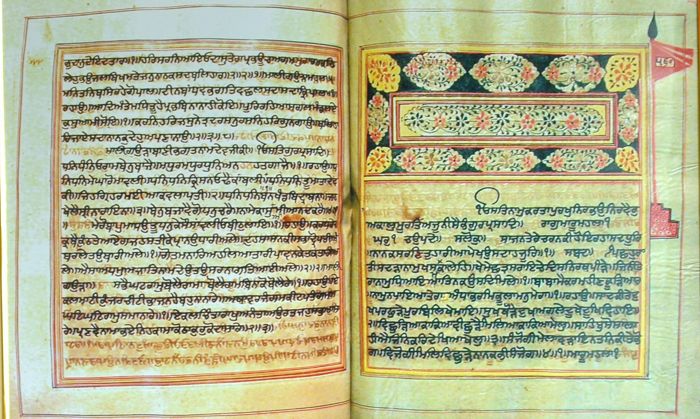 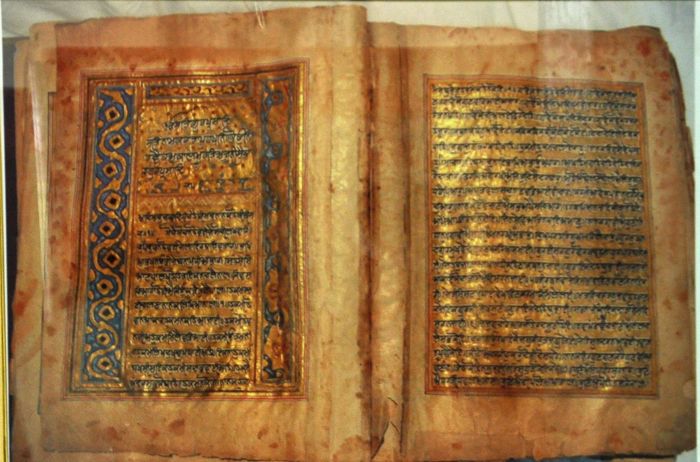 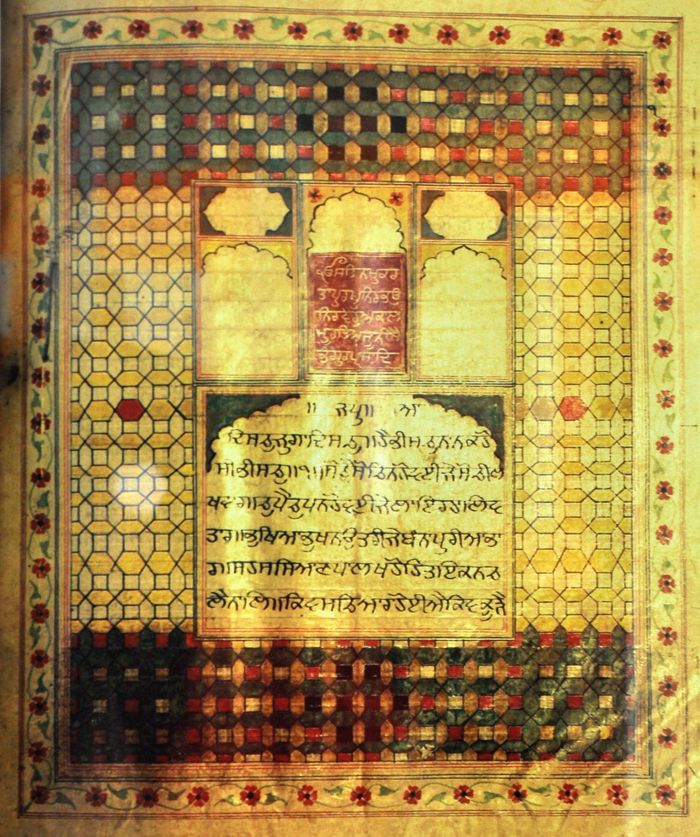