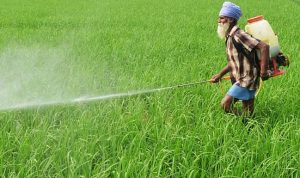 The crux of the issue in Agriculture is that we produce way more than we consume – in Food grains and Fruits and Vegetables (F&V).

Similarly in F&V, a survey done by ICRIER in top 5 cities (of people with income of Rs 2 lakh pa & above) estimated that the average per capita consumption of F&V is 280 gms per day. So the average demand across all regions and income groups in India is expected to be lower. Our F&V production was around 284 Mn tonnes, which net of a 30% wastage is around 400 gms per person per day – significantly higher than the likely demand.

Why is there over production?

India has the second largest area of cultivable land globally. Being located close to the tropics, Agriculture cultivation can take place round the year across the entire country – something that other large countries (US, Canada, Russia) don’t have the benefit of. Combined with availability of water and large population, Agriculture production has been growing consistently.

Also, we have more people working in Agriculture than is required. Agriculture provides the safety net in the rural areas for those who don’t have alternate employment opportunities .

What is the issue Farmers are protesting over?

Given the oversupply, prices of Agriculture commodities are lower than what is remunerative for farmers. The minimum support price (MSP) is intended to provide farmers a fair remuneration for their produce. However, very few farmers (6%) are actually able to get MSP. Punjab is one of the few states where MSP is implemented better – over 42% of farmers get MSP.

The MSP is the Agriculture equivalent of minimum wages available to  industrial and service sector workers. The farmers demand for MSP is linked to income security. In fact the BJP in their election campaign of 2014 promised the implementation of the Swaminathan committee report. The MSP according to the formula in this report is higher than the MSP currently available to the farmers.

Farmers realise that without MSP they will not be able to get the right income. As Agriculture  production increases, prices will keep falling as demand is not increasing at the same pace.

Why doesn’t the Govt agree to pay MSP to the Farmers?

The Govt does not have the money to pay the MSP to all or even a majority of farmers. The recent changes in the Agriculture regulations was in effect the Govt putting its hands up and saying that they don’t have the money to invest in the sector and inviting private sector to invest in Agriculture. (Even with petrol prices approaching Rs 100 per litre, as against actual cost of Rs 30-35/litre, the Govt is struggling to manage its finances). Clearly, the private sector is also aware of these issues. Not many will jump into this sector just yet. Not unless further incentives / tax breaks are provided.

Are the Agriculture policy changes announced by the Govt wrong?

No, the core principles of these policies are essential and probably should have been done long ago. However, in this instance, if it had been done in consultation with the Farmers it would have been easier to put in place a framework that would safeguard the interests of the various stakeholders and therefore easier to push through. Also, clauses in the Acts significantly limit the legal recourse options of the Farmers, thereby creating a serious trust deficit towards the Govt.

Not really. Given the size of our country, the millions of farmers involved and the lack of standardisation, most companies do not have the wherewithal to buy directly from the farmers. Most will continue to use aggregators or other intermediary setups such as collection centres.

Given the excess supply, private players are not stupid to pay a higher price. Saying efficiency improvement will result in better prices for farmers is also farfetched. If they improve efficiency, any private player will keep the benefits for themselves. 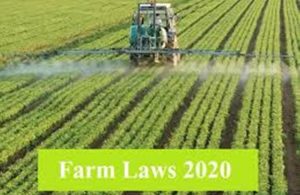 Why are the Farmers upset?

A long period of being marginalised, especially so by the state governments, has left the farmer very upset. The protest is a manifestation of the frustration accumulated over decades, especially so in Punjab.

If Agriculture is non-remunerative, why don’t farmers give it up and do other things?

There are no opportunities. No new jobs or industries are being created to absorb the excess human capital from Agriculture. Government spending and policies are also not driving the creation of additional jobs, especially in the rural areas.

Why are the protests mainly in Punjab?

It is true that the state Government and the middlemen will lose revenue. But, the farmers, large number of whom grow rice and wheat, also stand to lose. Punjab farmers, having been the backbone of India’s green revolution, are better off than farmers from other regions and more vocal. This is also the reason why many of BJP’s own members, as well as allies from Punjab have sided with the farmers. Recently farmers from Haryana, UP, Rajasthan and MP have also joined the protests. Being close to the site of the protests in Delhi, it is easier for farmers from these states to join.

Farmers from other parts of India are also watching. The use of force and media campaign is not helping. This is not a battle that the Govt needs to win – it is better to force a draw.

What is the long term solution to this?

The problem of surplus in Agriculture needs to be tackled on both the supply side and the demand side.  The supply side measures would include providing incentives to change the cropping mix to produce more oilseeds and pulses, where we presently have a shortfall and by creating other employment opportunities, especially in rural areas, for people to move away from farming.

On the demand side, a greater focus on Exports is required. The present excess in Food grains cannot be exported, because due to small farm holdings, lack of mechanisation, poor supply chain, etc. our costs of growing Food grains (like rice wheat, etc) are globally uncompetitive.

What can be exported is F&V – both in fresh and processed form. The small farm holdings, high labour intensity, year round sunshine, are significant advantages that India has globally for growing and exporting F&V.  Encouraging exports and processing will take the pressure off the domestic markets and also encourage the shifting of farmers from Foodgrains to Horticulture.

However, not enough has been done on this, either by this Govt or earlier ones. Also, alternatives to agriculture in the form of industries or other employment generating opportunities in rural areas have not been created over the last few decades, the way China has done. This can be achieved with serious focus on planning, the right policies and a rapid implementation of these. Most importantly, to achieve this, consensus with all stakeholders is a must.

what is required is Empathy. In negotiation with the farmers, more consultation and less of media / social media attacks c rcon the Farmers – farmers have been vilified more for their protest to protect their livelihood, than the Chinese for occupying our land. Also necessary are structural changes to the rural economy, including creation of employment and industrial opportunities in rural areas. An aggressive push for more Agriculture exports, incl. processed F&V is required.