06 January, 2022 – New Delhi/Ferozepur- In what is being termed as a major security breach, Prime Minister Narendra Modi had to cut short his Punjab visit today after he remained stranded on a flyover near Piareana village on the Ferozepur-Moga road for about 20 minutes due to a blockade by farmers.

The Union Ministry of Home Affairs (MHA) has sought a detailed report from the state government and asked for fixing accountability and taking strict action against those responsible for it.

Home Minister Amit Shah tweeted, “Today’s Congress-made happening in Punjab is a trailer of how this party thinks and functions. Repeated rejections by the people have taken them to the path of insanity. The topmost echelons of the Congress owe an apology to the people of India.” “Such dereliction of security procedure during the PM’s visit is totally unacceptable and accountability will be fixed,” he added. The PM reportedly landed in Bathinda this morning from where he had to go to the National Martyrs Memorial at Hussainiwala by helicopter. As his helicopter could not take off due to inclement weather, he started his journey to Ferozepur by road. When the PM’s convoy reached near Piareana village, where Ferozepur DIG Inderbir Singh and SSP Harmandeep Singh Hans were present to receive him, around 200 protesters blocked the road following which the PM’s cavalcade remained halted there for 15-20 minutes.

Meanwhile, announcements were made from a nearby gurdwara due to which more farmers reached the spot and the situation turned tense. SPG sleuths then decided to take the PM back to Bathinda as they feared he might get trapped if the protesters blocked the other side of flyover also. Later, the Prime Minister went back to Bathinda and from there to Delhi. DIG Inderbir Singh said it was like a flashmob of around 100 farmers that suddenly arrived at the spot and blocked the road. Demanding CM Channi’s resignation over the issue, state BJP chief Ashwani Sharma said, “Buses carrying BJP workers were halted at Harike Pattan, Moga, Tarn Taran, Abohar, Malout, Kotkapura. Party workers were also attacked at some places in the presence of police officials.”

The Ministry of Home Affairs said the PM’s schedule and travel plan were communicated well in advance to the Punjab Government and as per procedure, they had to make necessary arrangements for logistics, security as well as keep a contingency plan ready. According to the laid-down procedure, an alternative route was to be kept ready for which clearance of roads and deployment of security personnel needed to be ensured by the state government, an official said.

How the events unfolded

We did it, claims BKU-Krantikari

A group of farmers owing allegiance to the BKU (Krantikari) claimed it had blocked elevated road near Piareana village to protest PM’s visit Carrying flags, the farmers raised slogans against the PM. Several unions, including the BKU (Ugrahan) and BKU (Dakaunda), had been protesting against the visit for the past three days

What has happened today is not acceptable. It’s against Punjabiat. — Sunil Jakhar, PPCC ex-chief

The real reason for Modi ji’s absence from the Ferozepur rally was total boycott by people. — Pargat Singh, Punjab minister

A political slugfest has begun over PM Modi’s “breach of security” at Piareana village in Ferozepur, with the BJP accusing the Punjab Government of “deliberately trying to cause physical harm to the PM” and slamming Indian Youth Congress chief’s “josh” remark, calling it a “proof of the plot” to harm the PM.

Union Minister Smriti Irani asked: “Who in the Punjab Government gave information about the PM’s security details to individuals who planted themselves on the flyover?” Amit Malviya, BJP’s IT cell chief, called it an attempt to “eliminate/assassinate” the PM. “Just because the Congress can’t defeat the PM, they are resorting to unconstitutional means to eliminate him…,” he claimed. JP Nadda, BJP president, claimed that fearing a resounding defeat in the Assembly elections, the Congress government in Punjab had resorted to all possible tricks to “scuttle” Modi’s programme in the state. He accused CM Channi of “refusing to come on the phone to address the matter”. 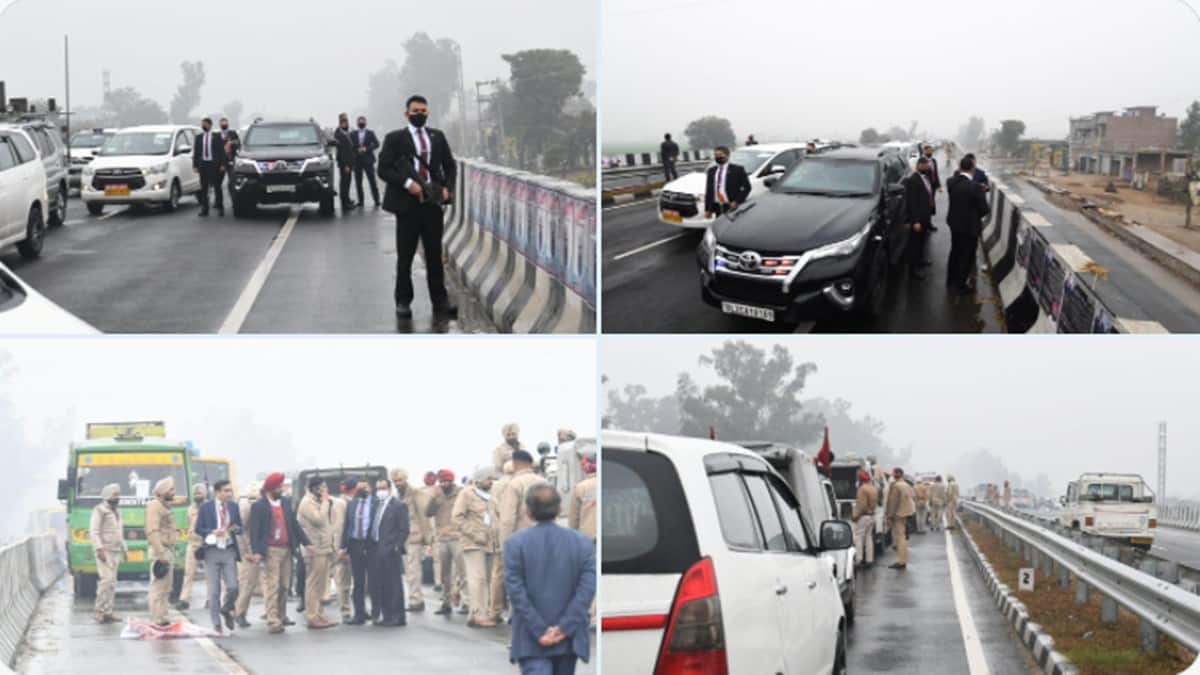 He also accused the Punjab Government of using the police to prevent people from attending the PM’s Ferozepur rally. “A large number of buses were stranded because of the high-handedness of the police and its connivance with the protesters. It’s sad that the PM’s visit to launch projects worth thousands of crores was disrupted. We will not let such cheap mentality impede Punjab’s development,” Nadda added.

Terming the breach in the security of Prime Minister Narendra Modi as complete collapse of law and order in Punjab, the BJP has demanded that responsibility for the lapse must be fixed and those found guilty be held accountable.

State BJP president Ashwani Sharma said it was unprecedented in the history of the state and probably in the history of the country that the PM was stuck on a road for about 15 to 20 minutes as “anti-social elements duly supported and encouraged by the Punjab Government led by Charanjit Singh Channi were allowed a free run on the roads” and the Prime Minister had to return to the airport.

Lashing out at the Congress government in the state, he alleged that for “petty partisan benefits”, the state government compromised the security of the PM.

“We can’t rule out some deep-rooted conspiracy and it needs to be probed,” he said, while asserting that it was a “wilful and criminal negligence of the state government with ulterior motives”.

Sharma said the state government could not hide behind the excuse that the Prime Minister changed his travel plan at the last minute by opting to drive, instead of flying, to Martyrs’ Memorial at Hussainiwala. He said it was because of the heavy rain and poor visibility that the plan was changed.