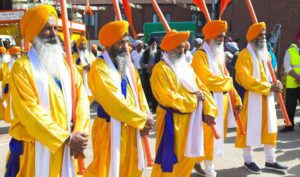 The situation in Punjab seems to be deteriorating by the day with talk of a return of the terrible days of the 1980’s when the region was cast under the shadow of terrorism, losing many innocent lives, both Hindus and Sikhs. However, if the media reports are to be believed, the present situation is mainly gangsters related, who seem to have a free hand. It is, nonetheless, accepted that the situation during the eighties/nineties was complex which led to the rise of many violent forces, and also cannot be denied that whatever happened was under the Congress regime both at the centre as well as the state. Be it Operation Blue Star, or the Sikh Genocide of 1984, both witnessed the large-scale massacre of innocent Sikhs in various parts of the country.

Those were the saddest moments not only for the Sikhs but the entire country. In the history of Punjab, they are comparable to the invasions of Ahmed Shah Abdali, which were marked by the Wada Gallugarha (larger genocide) and Chota Gallugarha (small genocide).

However, many non-Sikhs from all communities and especially Hindu writers, have openly condemned the Sikh Genocide of 1984 and all other incidents of those times. It goes to prove that though passions were high it was not a Hindu versus Sikh issue but a case of mishandling by the government of the day due to misplaced political considerations. Even today, Hindus and Sikhs continue to live in harmony.

After the violent eruptions in 1984, many Sikhs got alienated and expressed anger against the Congress government. Even today Sikhs by and large have a grudge about the manner in which those involved in anti-Sikh killings are moving freely without any punishment and continuing with plum appointments within the Congress party. But surprisingly, despite these developments, Congress has come to power in Punjab through the democratic electoral route many times. The situation is probably an off-shoot of the “there is no alternative” syndrome. The sad part is that the party was absolved from all blame for what happened under its regime.

The BJP-led government came into power in 2014. The Union Government under the watch of Prime Minister Narendra Modi has also faced flak in Punjab due to what is perceived to be a mishandling of the farmer’s agitation. Even though the issue had a national connotation, its confrontational face was visible mainly in Punjab and a few other areas.

But it is to the credit of the Modi Government that it realised the adverse implication of leaving the matter to fester and was able to retrieve the situation before the farmers (mostly Sikh) community of Punjab became entirely alienated. Not only this, it has also been trying to provide a healing touch to the mishandling of Congress in the past. 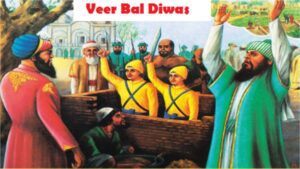 Since PM Modi spent a lot of time in Punjab during the period of emergency and after that, he is asserting his affinity and has taken many positive initiatives towards providing a healing touch to the Sikh community. He is seen visiting Gurudwaras on some important occasions.

Recently he laid the foundation stone of a rope way to connect Govindghat to Hemkund Sahib, one of the most famous religious sites for the Sikhs. The rope way, when completed, will considerably reduce the walking time to benefit many who cannot walk. Earlier his government opened Kartarpur Sahib passage and fulfilled a long overdue demand of the Sikhs.

Another significant initiative was to open the cases of the Sikh Genocide of 1984 which has led to some perpetrators getting punished even though a full closure is still and long way off. Many Sikhs who were languishing in jails due to incidents of violence related to the times of militancy have been released, efforts are on to release the remainder too. Sikhs living abroad in exile due to activities related to the times of militancy have been allowed to come back to the country.

The Union Government also declared 26 December as ‘Veer Bal Diwas’ (National Children’s Day) as a tribute to Guru Gobind Singh’s young sons. When the prime minister spoke on the first anniversary of the new Children’s Day, the entire world was made aware of the sacrifices of Guru Gobind Singh and his family. No other platform could have accomplished this kind of awareness. The government is reportedly taking steps to include Sikh history in the school books.

If the 1980’s was a bad phase for the Sikhs, the initiatives taken by the Modi government provide a healing touch and deserve appreciation from the community. But while many Sikh intellectuals expressed their gratitude to the Modi government, the SGPC and some other Sikh bodies, mainly political, opposed the name “Veer Bal Diwas.”

What is wrong with this name? If you call a rose a rose or Gulab, the sweet smell remains the same. Even Guru Nanak said, “Koi Bole Ram Ram, Koi Khudae……..” Veer Bal Diwas gels with the entire nation and the diaspora. SGPC should work with the government and see what best can be done to help the community and humanity. If it has strong objections, it can give a name it wishes for its calendar and carry on with a parallel celebration.

These objections look more political than logical. The philosophy of our Sikh Gurus was highly intellectual; and it is felt that, in present times, those entrusted with advocacy of Sikh philosophy have not been able to absorb its intellectual content. The SGPC, which is supposed to be a non-political Sikh body, is now seen as the religious wing of a political party. Some Sikh hardliners are openly advocating some anti-Sikh/Indian activities from abroad. They are trying to instigate and misguide the innocent Sikh youth. Why has the SGPC not objected to such activities? It is time we delink SGPC affairs from political influences. Reforms are needed to make it an independent body headed by religious and intellectual personalities from various fields.

Earlier, Punjabi Suba was carved out of erstwhile Punjab which resulted in the state losing not only territories but also opportunities for the Punjab youth. While Guru Nanak united people from various backgrounds, Guru Gobind Singh’s family sacrificed for a significant cause. Guru Tegh Bahadur sacrificed his life to defend the Hindus who sought his help. Who can do this kind of sacrifice? We need to decipher the mission of our gurus and move forward. Sikhs need leaders of vision at the helm.