You are here: Home / Areas of Study / Governance & Politics / Introspect, deliberate and move ahead!
Share 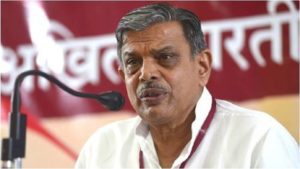 Having completed 75-years after attaining independence from foreign rule, Bharat has embarked on new journey to play a rightful lead role globally. While next phase of its civilizational journey has begun, every citizen is in a boisterous and jubilant mood as the Amrit Mahotsav got underway with new purpose.

Our nation completed this journey of 75 years after having crossed numerous obstacles and problems. This has been an arduous, exciting and momentous journey to cherish. Both achievements and the challenges faced by Bharatiya society during the renewed self-rule are before us. We also have a vivid picture of the nation that became independent but faced the tragedy of the partition. She suffered the trauma of violence that got unleashed after the divisive partition. Immediately after this tragic experience, its borders were attacked.

But these challenges were not insurmountable. The issues faced post-independence could not dent our resilience; defeat our capabilities and potential of our nation. Taking the challenges head-on has led to strengthening Bharat’s democratic foundations. Today, we can hardly imagine as to how the nation celebrated its greatest festival of democracy in 1952 and set up an elected government after having suffered the trauma of partition and the attack on its borders.

It was indeed will power and effort of the people that ensured integration of those areas that were left out after 1947 like Goa, Dadra and Nagar Haveli, Hyderabad and Puducherry. Many a time, a question arises as to howa nation that secured political independence only a few years before could pick up pieces and move ahead fast?

One cannot comprehend this without understanding that the Bharatiya society in fulsome. Even while suffering the acute pain and suffering of attacks and crises, Bharatiya society did not forget the sutra of its unity. If genuine attempts are made, only then would one can understand the freedom struggle of Bharat that had its footprint all over in towns, villages, forests, mountains, coastal regions etc.

Whether it is the Santhal uprising or armed struggle of heroes in southern states, there’s a single underlying principle. Each and everyone among greatest heroes desired independence.  This desire and craving for Swarajya was not for themselves alone but for larger society and the nation.

Restlessness in the Bharatiya society was so intense that people cared very little in making supreme sacrifices willingly and tread the toughest paths. This was precisely the reason for Bharat’s independence movement to spread as far as London, United States, Japan and so on. In fact, the India House located in London emerged as one of the major centers of Bharat’s freedom movement. 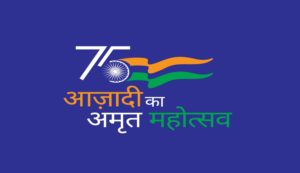 Bharat’s Independence movement was so comprehensive that it united the masses transcending geographical, economic, and societal boundaries. It would be unfair to take the name of one particular individual or a few as innumerable people sacrificed their lives in the Bharatiya independence movement. Some of them are household names while we hardly know about several others who submitted at the altar of independence. This was a movement which had countless participants and all of them had one goal.

This legacy of heroism, unparalleled patriotic fervour, supreme sacrifices and bloodshed seems to have served as perfect launch pad for Bharat’s citizens urge to work towards attaining supreme glory. This is Bharat’s societal aspiration rather being fueled by political leaders alone.

The very aspiration came to fore when the internal emergency was imposed and democratic institutions were systematically denigrated during 1975 – 77. Citizens from across the spectrum were at forefront of the struggle against anti-democratic and authoritarian forces.

Seventy five years of independence may also be the right time to introspect and plan for our centenary year in 2047. Also, at a time when the entire world was coming to terms with post-Covid 19 social order and global uncertainty looming large, we should set our own distinct goals as a nation and society. Undoubtedly,the last decade has been a period of achievements for Bharat. We may have to build on our recent successes.

Providing access to affordable and quality healthcare, housing, education and achieving financial inclusiveness apart from citizens’ empowerment were areas in which we made large strides. For instance, Bharat’s ingenuity and intelligence was at its best in development of most affordable and safe vaccine against Covid 19 in short period possible. This was done at a time when Bharat was at the receiving end. The vaccine served as the perfect anti-dose and saved billions of lives globally.

Going forward, we may have to recognize and confront several internal and external threats from known as well as unknown sources. Achieving societal harmony should get flagged as a priority area for Bharat. Given the inalienable link between society’s strength and harmony among her communities, we may have to channelize our energies in this direction.

On the economic front, Bharat has made rapid strides notwithstanding the crises that were either domestic or imported. There’s lot more to that can happen on development front given the 1.4 billion population’s aspirations. There’s untapped potential for faster growth in several economic areas. Unless we place Bharat’s home grown businesses and enterprises at the forefront of our policy formulation, intervention and achieve self-reliance, providing work opportunities to all may remain a pipe dream. Bharat will emerge stronger in the true sense only when it’s self-reliant.

A reorganization of our policy and democratic institutions may have to be done in sync with expectations our people and requirements at a time when Bharat seeks to play a lead role among the global communities drawing strength from its millennia-old civilizational evolution. Making judiciary and politically driven executive and all public institutions accessible to common people who feel distraught and helpless may be very significant in our onward march.