You are here: Home / Areas of Study / Social & Cultural Studies / Alarming rise in conversion of Sikhs to Christianity
Share 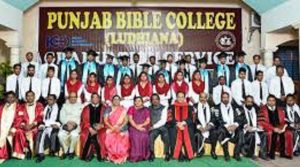 Sikhism has approximately 25 million followers worldwide. Sikhs are a minor religion if we look at a global scale; they, however, form a majority in the Indian state of Punjab where approximately 76% population is Sikh.

Christianity  entered the Punjab in 1834. John Lowrie and William Reed were the first missionaries to spread the word of Jesus Christ in the region. Its initial adherents were largely urban, literate, and socially diverse but so small in number that they were insignificant in the whole social mix of Sikhs, Hindus and Muslims of which Sikhs was the largest group. This remained so till the last few decades.

In recent times, the number of Christians in the state of Punjab has witnessed a rapid increase. Being a relatively new phenomenon, not yet 200 years old, the Christian community in Punjab comprises predominantly of converts. Most of the early conversions were from the Hindu community, but now, a majority of the converts are from among the Sikhs. A new wave of mass conversion into Christianity is taking place in Punjab where thousands have reportedly accepted the faith.

Churches have mushroomed in villages across the state. The Christian missionaries have stepped up efforts towards converting poor Punjabis through the rural landscape of the state. The target for conversion are people from lower strata of society, particularly Dalits, who are enticed with everything from money to healing chronic illnesses, free education, healthcare, compensation, and fulfillment of other needs in return for converting to Christianity. These missionaries, often, publish false information about the person’s native faith to make them believe that Christianity has more to offer. There have been reports that they go to an extent of wearing saffron robes and making statues of Jesus doing Yoga. The churches are being constructed in the shape of temples and Gurdwaras, Christian Hymns are being sung in the form of the “Kirtan” (musical recitation of the Holy Guru Granth Sahib) . So much so there is now a body by the name of Shromani Church Parbhandak Committee to organise the Christian community in Punjab.

Sabu Mathai Kathettu, a Christian evangelist from Operation Mobilisation (deceptively abbreviated as “OM”), published in 2009 a report assessing Christian evangelical work in Punjab. Published by one of the apex protestant institutions in India with global connectivity, the Indian Society for Promoting Christian Knowledge (ISPCK), the book provides not just a historical account but also the theological position and methodology for conversion of Sikhs to Christianity. It shows the kind of monumental global adversary against which are pitted the rural Sikhs of Punjab. Also, individual cults in the form of Christian Deras (Community centers of self-styled Gurus) attract a lot of following and get huge foreign funding to carry out evangelistic work. 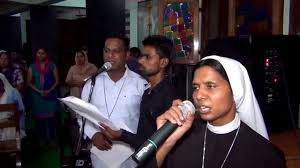 The alarming rate of conversion of Sikhs in Punjab can be attributed to two main reasons. The first is a distinct fall in the standard and standing of Sikh religious institutions. The Shromani Gurdwara Prabhandak Committee (SGPC) which is supposed to be the highest temporal authority for the religion has taken a political sheen by aligning with a single political party, the Shromani Akali Dal (Badal ).  The thrust towards providing spiritual nourishment to the Sikh community and using its ample funds for the progress and prosperity of the community is distinctly missing.

The second reason is social and political apathy towards the Dalits, the poor and the marginalised.  Sikh Dalits are being shunned by the Sikh upper caste communities in a complete departure from the religious tenets which are based on equality and justice as preached by the Sikh Gurus. Sikhs Gurus spoke of caste less society where everyone is treated equally;, the present day community leaders, political, social and religious have failed to nurture such a society. While discrimination on the basis of caste continues to be rampant Sikh leaders are busy fulfilling their political and material ambitions.

At the same time, successive governments have failed to address the issues of social discrimination and equality in justice and opportunity for the lower strata of the society and thus put the last nail on the coffin so far as alienation of these segments from the mainstream is concerned.

Christian missionaries have fully leveraged this opportunity by providing respect and incentives to the poor and backward people. They motivate illiterate and disabled people to get baptized by convincing them that God would take their pains and sufferings away.The failure of the SGPC and other Sikh leaders has resulted in the mass conversions as being witnessed presently. People are simply leaving their native religion in favour of a foreign faith.

The implications for the border state Punjab and the Sikhs, who have traditionally stood as a barrier between expansionist mono-cultures and the rest of India, becoming evangelised will be severe. This situation will have a critical spill over effect on India as a nation and as a civilisation. Sikhs in Punjab have a new battle on their hands – one of the toughest in their history of valiant struggle. Both the state government and Sikh religious bodies should recognise this and work towards curbing such activities. While religious and social bodies should act towards building an all-inclusive society, the government should look at enacting laws which should help curb such conversion.

(Paramjeet Singh is a consultant, he is involved in study and research of issues regarding National security.)