You are here: Home / Areas of Study / National Perspectives / Farewell to the General – am I seeing a changing India?
Share 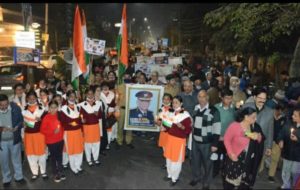 I was heartbroken, extremely sad and on the verge of crying when the news of the untimely and tragic death of my dear friend, General Bipin Rawat, in the helicopter accident was flashed on 8 December, 2021.

In my grief, I also witnessed the response of my fellow Indians from all parts of the country irrespective of the class, caste, religion and political affinity and it made me believe that my country is changing.

The battle ground for the Indian army in the late seventies was Manipur, Nagaland and other parts of the North East. I clearly recall how an aged Manipuri woman had shut the door of the house on my face when, as a Second Lieutenant almost four decades back , I was operating there.  Later, it was revealed that she, as sixteen year old during the World War II, was the victim of rape and other atrocities inflicted by the Japanese Army.

I have seen and lived through that intense hate, cold stares and indifference towards the army in those times. Yesterday, when I called my old friend, Korou Sarma, a retired inspector at Manipur, Imphal to share my grief on the demise of General Rawat, he told me that the Christian community of Imphal had held a prayer meeting and a prayer service in Church in his memory.

I reconfirmed from him,” Was it for General Rawat?”

He said,” Yes ,for him and for all other defence personnel who were martyred in the helicopter crash”.

I was actually surprised as my memories and impression were very different. A few weeks earlier an army officer, Colonel Viplav Tripathi, his family and four soldiers of the Quick Reaction Team (QRT,) were killed in an ambush and here we had people from the same area  giving respect to the General. Definitely it was a positive indication of changing times.

The floral tribute paid by the civilians of Tamil Nadu by throwing petals on the ambulances carrying the mortal remains and the voluntary shutdown of Nilgiri district as a mark of respect were vastly different from the harsh comments and remarks that I had witnessed while we were returning from Sri Lanka as part of IPKF. 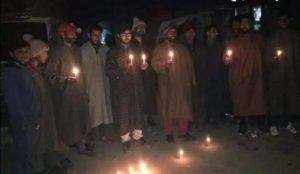 The best and the most heart warming news I got was from J&K where I had spent so many years of my military career. I received telephone calls from Mushtaq and Azam from Mandi and Poonch and from the Maulvi ofBaramulla (where late General Rawat had commanded a Division) expressing grief. They told me that, in their Friday prayers, they had prayed for the souls of those who had lost their lives. This gesture touched my heart and filled me with pride. The scenes from Lal Chowk, Srinagar where ordinary people held candle marches  and paid respect was heart warming.

Even in my grief, I had a feeling of pride because I had operated in these areas in a hostile environment where people only displayed dislike,suspicions and hatred towards a uniform. Now things were so different.

The TV debates laid emphasis on the lives and deeds of those who were no more. The coverage heralded a departure from the glamour and politics that dominate the channels these days. It was encouraging to see prime time being given to the community of soldiers in their hour of distress. It proved that deep down and beyond the sensationalist hype, the nation cared for its soldiers. In the last thirty years I have never seen such outpouring of spontaneous love, respect and pride of the Armed Forces.

I was conducting a lecture for the youth and all of them spontaneously told me to talk only about the army and late General Bipin Rawat and his contribution.

I realised that my country is changing. From east to west, north to south the army occupies centre stage when there is a matter of national pride and national security. People do look upon the forces as their very own.

There is a great and very pleasing change being seen from the manner in which the political class and ordinary citizens have showered love and respect to the Armed Forces of the nation in the wake of this monumental tragedy. I have this feeling that General Rawat, with his policies, has made a huge difference, of course with the support of his soldiers on ground.

The Armed Forces constitute only about 1.3 million personnel  out of a 1.3 billion population of the country. Notwithstanding the numbers the soldiers occupy a deep and emotional place in the minds and lives  of the average Indian. On Friday, 10th December the feeling was as if the whole nation is wearing the uniform.

Thank you fellow Indians. General Bipin Rawat and others who lost their lives would have felt very proud of  the respect that you extended. This is what a nation is all about.