You are here: Home / Areas of Study / Governance & Politics / In a first, farmer sues traders under new law, gets dues
Share 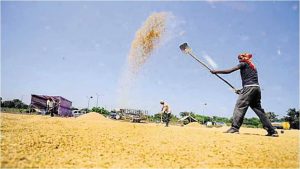 A maize grower from Maharashtra has become the first person to invoke a provision in one of the three recently enacted farm reform laws , suing two traders for not paying money owed him for sale of produce and forcing the food merchants to clear an outstanding bill of Rs 285,000, according to documents reviewed by HT.

The Farmers’ Produce Trade and Commerce (Promotion and Facilitation) Act, 2020, one of the laws passed in September to free up agricultural trade in the country, makes it compulsory for buyers to pay cultivators “within three days” of a transaction.

Farmers in some states, especially Punjab, are protesting the farm laws, fearing that these could erode their bargaining power and create a monopoly for big firms in the long run. For Maharashtra cultivator Jitendra Bhoi, however, the law proved effective in making wholesale food aggregators, who often make peasants run after them for payments, clear dues promptly.

“Before The Farmers’ Produce Trade and Commerce (Promotion and Facilitation) Act, 2020 was enacted this September, India did not have legal mechanism available for farmers to enforce time-bound payments,” an official of the agriculture ministry said, requesting anonymity.

Bhoi raised a maize crop this summer in his 18-acre farm in Bhatane village of Shirpur tehsil in the state’s Dhule district. A tehsil refers to a civil administrative zone. On July 19, the farmer prepared to sell 270.95 quintal (100 kg each) of corn at a rate of Rs 1,240 per quintal to two traders, Subhash Vani and Arun Vani.

The traders belonged to adjoining Khetia village across the border from Maharashtra, in Madhya Pradesh’s Barwani district. The total transaction value was fixed at Rs 332,617, according to Bhoi’s complaint before the subdivisional magistrate of Pansemal tehsil, which HT has seen.

The traders picked the entire produce, making a token payment of Rs 25,000 and promising to pay the rest within 15 days. In his complaint, the farmer enclosed receipts of the transaction showing the outstanding amount.

Bhoi approached authorities in the first week of October, after payments were delayed by nearly four months. “A clerk I know in the local market alerted me to this provision in new laws brought by the government. He said traders must now pay within three days. I then decided to file a complaint,” Bhoi told HT over phone.

According to Section 8 of The Farmers’ Produce Trade and Commerce (Promotion and Facilitation) Act, 2020, “The Sub-Divisional Authority shall decide the dispute or contravention under this section in a summary manner within thirty days from the date of its filing and after giving the parties an opportunity of being heard…”

Simply put, in case of payment disputes between a farmer and a trader in new free markets provided for by the recent laws, a magistrate must settle the transaction row within a month.

Acting on the farmer’s complaint, authorities traced the traders, summoning them on October 6. They faced prospects of criminal action, including arrest. “After studying the case, listening to the farmer, and going through documents, it has been ordered by me that the buyers must make immediate payments owed to the farmer,” the magistrate’s closure report filed before collector Shivraj Singh Verma on November 5 said.

The proceedings compelled traders Subhash Vani and Aun Vani to renegotiate the total pending amount to slightly less than initially agreed, paying the new outstanding in two instalments. The case was closed on November 4.

“Dispute resolution at the local magistrate’s level helps avoid the hassles of approaching courts. But it’s really a question of how aware farmers are,” said Anand Yagnik, a lawyer who successfully fought a case in 2018 against suppliers of sub-standard cotton seeds to growers in Maharashtra’s Yavatmal.