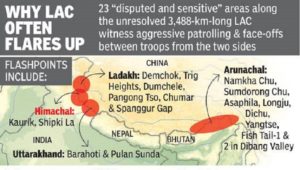 China has, once again, opted to take a hard stand in the long standing dispute along the Line of Actual Control (LAC) with India . A series of meetings, including the last corps commanders meeting in early October this year, have not yielded any forward movement. It is quite clear that the PLA will hold on to the existing friction points all through the coming winter especially in Depsang, Demchok and Hot springs.

Another matter of concern is the new Land Boundary Law promulgated by China which is slated to be effective from 1 January, 2022. It stipulates that the sovereignty and territorial integrity of the country are sacred and inviolable and the state shall take measures to strengthen the border defence and support economical and social development in border areas. The law has a direct implication in all areas along the LAC where borders are not defined and such areas of Gilgit-Baltistan that Pakistan has illegally ceded to China. “China’s unilateral decision to bring about a legislation which can have implication on our existing bilateral arrangements on border management as well as on the boundary question is of concern to us,” said the Indian External Affairs Ministry spokesperson Arindam Bagchi.,

China is hell bent on pursuing the aggressive and masochist policy chalked out by President Xi Jinping on taking over dictatorial control in 2013. In a bid to pressurise India, the Chinese state owned propaganda machinery has launched a malicious campaign on the Galwan incident. Its social media platform, Weibo, has uploaded images of Indian soldiers taken captive in the clash. What China conveniently wishes to sideline is the fact that it lost a much larger number of soldiers in the clash and that the Indian side had held captive its highest ranking officer in the misadventure. Even at a conservative estimate by independent agencies the Chinese casualties stand at 45 plus. The prisoner exchange was done not because of Chinese benevolence but to facilitate release of their senior military commander in Indian custody. It is also being said that the Chinese soldiers faced panic attacks due to the ferocity of the Indian troops. Apparently, the propaganda campaign is in support of the Chinese decision to stand fast in the region; it is more to build morale of its own troops who now have to, unwillingly, face the harsh winter.

China wishes to create an impression that it has been very magnanimous in the negotiation process and has given to India  more than what was due. “Instead of misjudging the situation, the Indian side should cherish the hard-won situation in China-India border areas.” This is a very obvious attempt to put down India, sadly, it finds support within the many so-called strategic experts in India who give a one sided view (in favour of China).

While the political lea 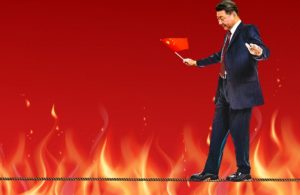 dership is opting for a hard posture all is not well in the rank and file of the Chinese Army. It is reported that the Chinese military commander of the huge western theatre, General Zhang Xudong, has died due to a heart attack. He was only 58 years of age, the physical conditions in the region and the tension of command probably led to his untimely demise. He was quite a favourite of President XI Jinping and had been sent there after sacking two of his predecessors in a short period of nine months. The present incumbent, General Wang Haijiang,  is the fourth commander to head the western theatre since the stand-off began which indicates a huge leadership crisis there. There are reports of widespread digestive ailments among the soldiers deployed in the western theatre.

It is with this rag-tag strength that China aspires to hold out against the battle hardened Indian army whose soldiers have had multiple tenures in the region and are quite adept in adapting to the difficult conditions. The seniors are experienced and the younger lot is eager to learn.

The economic situation in China is far from satisfactory. Its economy is yet to recover from the COVID backlash and may never attain the earlier heights, there is a palpable food and electricity shortage while the threat of another round of COVID looms large. Lack of funds have put ambitious projects like the Belt Road Initiative (BRI) in jeopardy; the massive loans given to defunct and bankrupt states like Pakistan are not likely to find returns.

Politically speaking, there is the tenuous situation in Tibet, Hong Kong, Xinjiang etc to contend with. As China prepares for the next Winter Olympic Games, the Tibetan freedom fighters around the world are raising strong voices against the terrible human rights record of the country.

The Indian Army is in a strong position and is unwilling to succumb to the pressure tactics being applied by the Chinese. While China is closing all doors for negotiation, the Indian side is quite clear about the finality of its objective of restoring the status of April, 2020. It is willing to achieve the end state with a patient, resolute and responsible response.

India has laid emphasis on a multi-pronged approach to resolve the issue. Her response, very correctly, is based on a regular dialogue at multiple diplomatic and military levels. The Indian side goes to meetings very well prepared and reminds China of its commitments. The meetings invariably culminate with a disconcerted Chinese leadership playing around with words and scuttling the process. Then comes the perennial attempt at building psychological pressure. It is very important here to highlight here that the build up of a doomsday scenario, as is done by a few within the Indian media, is only helping China prolong the negotiation process.

China is following a path which can only cause it more loss, pain and humiliation since India is not likely to blink anytime in the future. The Indian army is no pushover and to constantly tease it can have serious consequences. This has been amply demonstrated in both Ladakh and the North-East. It would be best for the neighbouring country to read the writing on the wall and readjust its policy in a manner that is beneficial for both countries.

(Jasbir Sarai is an army veteran, social worker and columnist)