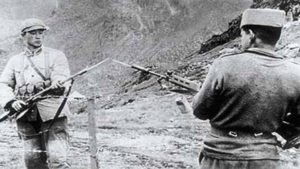 The French born author and journalist, Claude Arpi, in his article, “Time to change the narrative on 1962 India-China war” carried by The Daily Guardian on 23 August, has made some very interesting observations on the actual fallout of the Indo-China War, 1962.

While questioning the narrative of the war having ended with a crushing defeat for India, Arpi says, “Retrospectively, I do not think so, even though the government has kept the totality of the report under wraps … perhaps to save the reputation of a few guilty men.” He goes on to highlight the extreme bravery of the Indian soldiers and makes a very significant statement, “Communist China still uses the narrative of the ‘defeat’ of the Indian Army for its own propaganda and the communist leadership keeps threatening India that it will redo it.”

The war, in fact, came as a boon for India. As security consciousness increased in India, a concerted effort to build military strength led to an enduring military relationship with the Soviet Union. For those who served in the Indian Army from the mid-1960s, this relationship translated into extensive provision of Russian equipment including Tanks, Artillery Guns, Air Defence, Aircraft, Naval vessels etc. A rapid expansion of the Indian Army by raising new units equipped with Russian equipment was also carried out.

The outcome of the war and the subsequent face-off with Pakistan in 1965 also led the Indian leadership on to the path of seeking a nuclear capability. The foundation of this thought process was laid by Prime Minister Lal Bahadur Shastri; it was carried forward by Indira Gandhi and finally found fructification through the Nuclear tests code named “Smiling Buddha”  conducted at Pokhran, Rajasthan on 18 May, 1998 under the courageous premiership of Prime Minister Atal Bihari Vajpayee. At that stage the tests elicited sanctions by US and other countries, but now, India stands tall as a strong and established nuclear power.

Coming back to the Chinese mindset; post the war of 1962, with a sizable Indian real estate in its control, especially so in Ladakh, China called for a status quo and the ground position was termed as Line of Actual Control (LAC). China has consistently refused to negotiate a  permanent solution of the borders and is leveraging the differing perceptions of the LAC to pressurise India. Build up of the Indian military strength has not deterred China from pursuing an aggressive policy on the premise that India is a weaker state.

China’s unbridled ambition touched a new dimension after President Xi Jinping set himself as a life-long dictator. It has put great strain upon the South Asian countries. Sri Lanka took China’s assistance for development projects and is now reeling under a debt trap, bereft of fiscal reserves and staring at the face of an unimaginable food crisis. 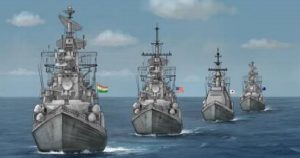 Pakistan’s economy has collapsed leaving the country with no option except to borrow from Chinese Banks that charge about 3-4 percent interest. With the China Pakistan Economic Corridor (CPEC) under great strain, there is no hope for remittances in the near future. The probability of Pakistan shedding some more real estate to China to overcome the debt has become very real. Already Gawadar Port and Gawadar International Airport are fully under Chinese control along with thousands of acres of industrial land. China is now eyeing the Ports of Jiwani and Pasani and will finally seek control of Pakistani strategic assets.

Now China is poised to play an active role in Afghanistan. It will attempt to take over all strategic assets left in the country by the US like the Air Force station in Bagram and seek contracts for mining the rich natural resources of the land. Shed of any assistance from the West, Afghanistan has no option left but to fall into the Chinese lap.

In South Asia, it is only India that continues to stand sentinel in the face of the Chinese blitzkrieg. China applied its pressure tactics along the LAC in Ladakh in 2019 by pursuing its time tested Psychological theme of speaking about the Indian defeat in 1962 and a possibility of it being repeated.  Despite the bravado it had to retreat with a bloody nose and a severely bruised ego. If President Xi Jinping had any dreams of another 1962, they were crushed unceremoniously. India sent a clear message that it will not succumb to pressure.

The QUAD initiative for which Prime Minister Narendra  Modi will soon be visiting the US and also hold one to one talks with US President Joe Biden is a matter of great concern for China. It is using its financial clout to bully into submission the countries in the Indo-Pacific region, from the Philippines to Australia. It has managed to subdue these countries to an extent, but not so with India, which has become a big cause of worry for the country.

China is facing problems everywhere, the Baloch people of Pakistan have initiated an active insurgency that results in many instances of violence. Recently, Baloch insurgents attacked the under construction dam in Turbat, District Kech, Balochistan and set fire to the machinery. Abduction of Chinese workers is quite rampant.

The Taliban Government in Afghanistan too has many elements that oppose China due to its policies in the occupied territories of East Turkestan, especially the ethnic cleansing of the Uyghur Muslims. There are many warlords in the Taliban Government who openly support the East Turkestan Islamic Movement (ETIM) an insurgent organisation operating in the Uyghur Muslim majority Province of Xinjiang.

It would be best for China to understand that it should  not survive on the misconceived notion of having defeated India in 1962. Even more hazardous for it is the belief that it can do so again.

There is no overarching reason for China and India to be rivals, a better idea would have been to usher peace, as India wants. The two Asian giants can together pave a progressive path for the whole of South Asia and in the bargain also gain global ascendency.  The sooner China understands this simple logic the better.

(Jasbir Sarai is an Army veteran and a geo-strategic analyst)