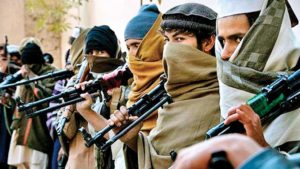 On 1 January, the troops of the Indian Army and the Pakistani Army exchanged sweets along the Line of Control (LOC), at Chilehana – Tithwal Crossing Point, to celebrate the spirit of the new year, share a gesture of goodwill and reiterate the will to maintain peace.

It is notable here that the ceasefire has witnessed minimal violations since February 2021, when a decision was taken to revive the protocol established in 2003. This has, however, not put a stop to infiltration attempts by terrorists from Pakistan. Even as the new year sweets were being exchanged, Pakistan was busy implementing an infiltration attempt or BAT action in the Keran Sector of Kupwara district on 01 January; alert Indian troops successfully foiled the same and eliminated a terrorist, later identified as Mohd Shabbir Malik, a Pakistani national who was equipped with weapons, ammunition and warlike stores. A day later, on 02 January, 2022, a group of Pakistani terrorists was observed trying to attempt infiltration through the Bhimber Gali Sector in Poonch; in this case also the attempt was foiled by alert troops.

Such attempts by terrorists to give an impetus to their operations in the Kashmiri hinterland have  elicited a strong response from the Indian security forces in the form of counter-infiltration and counter-terrorist operations. From the beginning of December 2021,more than 20 terrorists have been eliminated in Kashmir in swift, incisive joint operations carried out by security forces on the basis of credible intelligence, mostly provided by the locals.

Those eliminated include local terrorists from the highest Category A (District commanders and above) to the newly joined Category C and also a fair number of foreign terrorists. Most of the operations were conducted in South Kashmir. The good tidings are that minimum collateral damage has been reported in these operations and fatal loss to own troops too has been comparatively less than earlier. One sincerely wishes that no brave soldier, policeman or civilian loses his/her life in this mindless violence inflicted upon the region by foreign sponsored vested interests.

From the beginning of the year 2022, there has been a marked increase in counter-terrorist operations. On 4 January, two terrorists of the Lashkar-e-Toiba (LeT)  were eliminated in the general area of Village Okai, Kulgam, they were Category C local terrorists hailing from Shopian and Pulwama and were known for indulging in extortion and other such anti-people activities. The locals were quite relieved by their elimination. 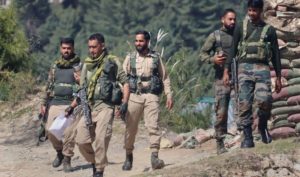 The very next day, on 5 January, a swift operation was launched in Chandgam village of Pulwama district  leading to the elimination of another local, Owasis Amin, of Ashmindor, Pulwama. He had been active since February 2020, as a terrorist; earlier he was an Over Ground Worker (OGW) of the Jaish-e-Mohammad (JeM).

On 7 January three terrorists were eliminated during the course of a joint operation in Budgam. These terrorists too were a menace for the locals due to their nefarious activities that included coercion of the other locals to join their fold. Their elimination will provide reprieve to the local population and mitigate the threat of atrocities committed by them in the area.

It is quite apparent that such sustained operations leading to the elimination of known terrorists will go a long way in stymieing the nefarious agenda being propagated by enemies of the country and the region, both foreign based and within the society.

It is also quite apparent that Pakistan is unwilling to shed its evil agenda in Kashmir despite making cosmetic moves like continued ceasefire. It is looking for new and innovative ways, based on better technology and wherewithal, to keep infiltration of terrorists and recruitment of locals into the fold of terrorist alive. It is also attempting to send arms, ammunition, war like stores, and most importantly, money into the Valley to keep the local terrorists and OGWs equipped and motivated.

Under these circumstances, “boots on ground” is a prerequisite to carry out physical domination on the basis of a grid system so that pressure is maintained both on the LOC as well as the hinterland. Military presence is also required to counter the threat of a conventional war or an asymmetric conflict in view of the presence of two inimical neighbours (China and Pakistan) in close proximity to the frontier region. Thus, maintenance of adequate military strength and security forces, calculated on the basis of the multiple threat perception is imperative.

There are some elements within Kashmir and outside of it who leave no stone unturned to paint  the Indian Army as some sort of an extra-constitutional entity that is needlessly militarising the region and indulging in sadistic killing of the people of Kashmir. This false narrative forms a part of the psychological operations of the enemy and has gained momentum in recent times. It is so since the losses being incurred to the terrorist cadre are unsustainable, leading to an urgent need to reduce the pressure; an Information based attack on the security forces is the methodology that has been conceived by these evil forces to tackle the problem.

The fact is that the Indian Army has always been secular and apolitical and has functioned under the civilian authority exercised by the government of the day. It comprises of soldiers who come from villages akin to those found in Kashmir, many Kashmiri’s are also a valuable part of the soldier’s fraternity. These soldiers are no different from those that they are said to be subjugating, the narrative being built is based on misinformation and blatant lies.

Peace is fast becoming a reality in Kashmir; unfortunately moving alongside is a wretched attempt to denigrate the very soldiers who are putting their life in danger to make this possible. The Indian nation has the sovereign prerogative to deploy its forces in a manner that is best suited for its security interests. The security forces in Kashmir are doing a wonderful job that is well appreciated by the people. Adverse comments on so-called militarisation of Kashmir will not be tolerated.

(Jasbir Sarai is a military veteran and social worker)