New people joining or leaving political parties is a normal ongoing process. However, this was a joining with a difference since it heralded the first major move by the BJP to reach out to the Sikh community in Punjab post its break-up with the Shiromani Akali Dal (Badal).

At that point in time, the BJP was also reeling under the onslaught of the farm agitation and was being looked upon as an anti-Sikh, anti-Punjab, anti-Farmer party due to the massive disinformation campaign launched by the Farmer Unions and the political rivals of the party, mainly the Congress and the SAD (B). On 12 October, 2020, Punjab BJP President Ashwani Sharma was attacked by a violent mob in Hoshiarpur. On 27 March 2021 BJP MLA from Abohar, Arun Narang, was attacked by a mob of so-called farmers, his clothes were torn, black ink was thrown upon him and he was thrashed mercilessly. In other instances, many BJP leaders were surrounded by violent mobs and tons of garbage was thrown outside their houses.

In deciding to induct the six Sikhs who were described as “prominent Sikh faces of Punjab” by the media, the party heralded its policy of reaching out to the Sikh community. Those inducted were not active politicians but were looked upon as “opinion makers, achievers and influencers” who would send a message of the party’s policy direction in the state.

These “prominent personalities” were well aware of the environment but convinced that only the BJP could check the downward slide of Punjab. They took a dynamic decision at a time when sentiment of the Sikh community of Punjab was very much against the BJP. They were ready to take on the brickbats that did come their way from the society and even their family members, but they held onto their decision. 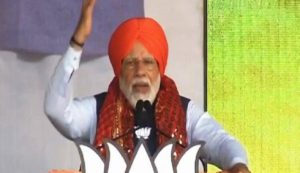 Despite the challenges, the joining came as a game-changer for the BJP in Punjab. It galvanised the outreach efforts leading to more and more Sikhs joining the party. The next batch in August,  2021, saw Amanjot Kaur Ramuwalia daughter of former Union Minister Balwant Singh Ramuwalia of the SAD and many leaders of the SAD joining the BJP.

While declaring the decision during the course of his address to the nation on the occasion of Gurpurab, the  prime minister was humbleness personified in admitting that “Tapasiya Mein Kuch Kaami Reh Gayi.” This apart, a few days earlier, on 17 November, the Union Government also reopened the Kartarpur Corridor that had been closed due to COVID restrictions. The two decisions were of great consequence in bringing the BJP closer to the Sikh community in Punjab. The trust deficit continued, but not to the degree seen earlier.

The Punjab unit of the BJP worked hard to create the necessary infrastructure required to fight the forthcoming state assembly elections in all 117 constituencies of the state. The general impression of the party being irrelevant in the political spectrum of Punjab did not deter it from its goal. Unrelenting support from the centre did a lot to build the morale of the party.

With new faces, especially Sikhs, coming in, the capacity of the party to hold its own in Television media debates increased tremendously. The effect on the party cadre was electrifying and a feeling of confidence started emerging. Many within the Sikh community of Punjab, especially those belonging to the white collared segment, realised that the BJP was the only option available for taking Punjab out of the morass that it was mired in. This led to a spate of joining; among those who joined were senior retired officers of the rank of DGP and Army Chief. Soon the political class also gravitated towards the party and joined after leaving its parent organisations. 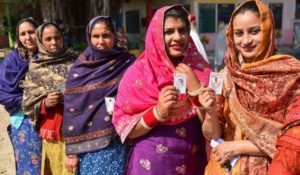 The political environment in Punjab witnessed an unprecedented twist due to the “political Hara-kiri” committed by the ruling Congress party by ousting Chief Minister Captain Amarinder Singh. The senior leadership of BJP was already in talks of an alliance with the SAD (Sanyutk). The break-up in the Congress gave to the BJP another option of allying with the like-minded political dispensation for Punjab floated by Captain Amarinder Singh in the form of a political party called the Punjab Lok congress (PLC).

Thus, despite having created with herculean effort, the requisite wherewithal to fight the elections in all 117 constituencies on its own, the BJP decided to go in for a strategic alliance with PLC and SAD (S). Distribution of seats on the basis of win-ability led to a seamless coordination between the three partners. A significant point in the alliance was that the BJP retained a senior and dominant position with 65 seats; PLC got 37 and SAD (S) 15. Thus the BJP, in a single move, catapulted from a junior alliance partner in Punjab to a senior partner.

The  distribution of seats within the BJP was also a path-breaking exercise. Nearly 30 seats out of the 65 that the party was to contest went to members of the Sikh community. Thus, the myth perpetrated by the opposition that the BJP in Punjab was essentially a Hindu centric party was broken forever.

The beginning of election campaigning witnessed a negative media response to the BJP with most opinion polls predicted a complete drubbing of the alliance in the electoral battle. This did not deter the alliance form continuing with its campaign with all honesty and dedication.

A vibrant information structure was created with the active assistance of a very dedicated and proficient core team that came from the centre. It resulted in enhanced presence in the print as well as the social media to augment the already dominant presence in Television news debates. The information campaign was built on a well conceived agenda based structure. More and more leaders, both local and national, came in to take the message to the people.

Within a few days, political analysts started commenting that the earlier prediction of miniscule seats for the BJP + alliance merits revision. The new analysis predicted for the alliance a very big leap in electoral presence. The build-up received further traction by the three rallies in Punjab addressed by Prime Minister Narendra Modi that had a momentous positive impact on the morale of the cadre.

The BJP has, within the span of a single election campaign, managed to elevate itself from the level of a junior partner in a debilitating alliance to a strong party with a pan-Punjab presence. While there is all hope of a positive result in the counting scheduled for March 10, the ground reality is that the BJP has already won the battle even as the war continues.

It is quite evident that Punjab is poised to regain its old glory as  the most vibrant state of the country economically, socially and culturally and that the BJP will get the opportunity to, most humbly, move the region onto the desired path of progress.