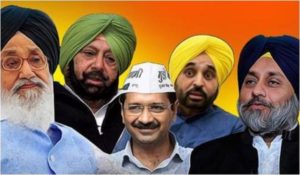 The beautiful and vibrant state of Punjab continues to remain in a state of crisis. One incident after the other is pushing it towards despondency and helplessness. The ongoing Farm agitation has broken the backbone of industry and service sector in the state. Many small and big business houses have moved out their operation leaving behind rampant unemployment, thousands of  families have been financially impacted by this virtual exodus.

There are many pressure groups with political affiliations and masquerading as farm agitators  intimidating the common  man. Incidents of violence are on the rise. The Lakhimpur Kheri incident in Uttar Pradesh comes as a stark example of how things can get out of hand. The environment of fear and uncertainty is  creating a sense of insecurity among the people; it is adversely impacting routine life with forced closures of roads, railway tracks etc and negatively impacting business.

The crisis has been severely compounded due to the acute leadership crisis in the state. The internal wrangling  of the ruling Congress Government manifested by the ignoble political coup engineered by party President, Navjot Sidhu, against the Chief Minister, Captain Amarinder Singh, has brought in a replacement in the form of Charanjit Singh Channi. Channi is a junior leader incapable of moving without support from the “High Command.” As a result, all decisions are being taken by remote control from Delhi by such people who do not understand the state at all.

The new cabinet comprises all major faces from the previous one including tainted ministers. With only the chief minister changed, not much can be expected as a positive result of the change in Government. Most of the decisions taken within the first few weeks have proven to be wrong and misplaced.

The main issues of finding closure to the Bargari sacrilege case, removing unemployment, neutralising the drug trade, stopping illegal mining operations are not being addressed by the new dispensation. It is, instead, busy promising the moon to the people and giving out doles that the state is not capable of sustaining financially. The next Government, that will probably not figure the Congress even in a coalition, will have to make good all the appointments being made and doles being given, which will add an unbearable burden on the already financially beleaguered state.

Chief Minister Channi now has to contend with the second revolt by his Party President Navjot Sidhu who resigned again; the latest drama has been going on for some time with the party functioning like a headless chicken. The Games of Thrones being played by the Congress is causing a governance vacuum.

Captain Amarinder Singh is among the few successful and senior leaders of the Congress party; he is well respected in Punjab and would have been well poised  in ensuring the conduct of free and fair polls during the state assembly elections in 2022. Now, in consideration of the weak government and rising violence levels by mobsters masquerading as farmers, the smooth conduct of the election is in jeopardy.

The state is also looking with keen interest at the next step that Captain Amarinder Singh will take now that he has made his dissatisfaction with the Congress apparent. He has held meetings with Union Home Minister Amit Shah and National Security Advisor Ajit Doval. As the article is being prepared, reports are coming about a possible meeting between Captain Amarinder Singh and Prime Minister Narendra Modi. 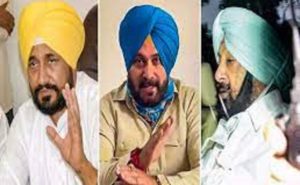 The unending leadership crisis of Punjab

It has to be noted here that, despite being an opposition party, Captain Amarinder Singh maintained a cordial professional and working relationship with the centre. The centre, in turn, respected his age, experience and stature as chief minister of an important state and extended to him all possible assistance. It is for this reason that Punjab has not been left wanting over the last four and a half years.

Most importantly, the sensitive aspect of security in the border state has been closely coordinated by the Home Ministry that controls the Border Security Force (BSF) and the state Government that controls the Police. As a result, the evil machinations of Pakistan designed to spread disruption and divisiveness in the state and also give a boost to drugs and arms smuggling through Drones and other conventional means have remained under a strong check. The new chief minister of Punjab is too busy in petty politics to give any thought to such critical issues. His thinking seems to be too parochial to be able to maintain the security paradigm as his predecessor did.

Captain Amarinder Singh will have to decide on his future course of action on his own; what is certain is that he continues to be a political  and social force in Punjab capable of bringing all communities together and working for the welfare and development of the state. In view of the synergy of thought between the BJP and Captain Amarinder Singh there is scope for their working together towards the development of the sensitive border state.

The recent violence in Lakhimpur Kheri that has left nine people dead has also impacted Punjab since four of the nine dead were Sikhs ostensibly agitating against the Farm laws. It is notable that of the remaining five, four were BJP workers and one was an innocent driver who was lynched by the irate crowd.  Such incidents of violence require universal condemnation and an all party response since they form a threat to the security and integrity of the nation.

Sadly, in view of the forthcoming elections in many states, opposition parties have opted to politicise the issue and that too in the most provocative manner supported by misinformation. Congress is in the forefront of this diatribe with Chief Minister Charanjit Singh Channi co-opted by the party in the false agitation. The chief minister Punjab camping in a different state, (Uttar Pradesh) on a clear cut issue of law and order has set a bad precedent. Captain Amarinder Singh would never have done anything of this sort and there lies the difference.

Other parties like the Shiromani Akali Dal (SAD) and Aam Aadmi Party (AAP) are conscious of their limitations as election winning entities since they do not have a viable leadership to project. They are, therefore, indulging in the politics of confrontation rather than giving some positive options to the people. The negativity that they are spreading is spoiling their already fragile image. They cannot be expected to do anything good for Punjab.

Punjab is in a very critical and sensitive situation; it needs committed, strong and decisive leadership to pull out from the morass. Continued exploitation of the region for vested political and economic interests is causing severe damage not only to the state but to the entire nation as well. It should never be forgotten that Punjab is a border state that has a malicious enemy across the border always ready to exploit any weakness be it societal, political, economic or religious etc.

Punjab needs to be viewed by the nation beyond the prism of politics. Sadly, the very opposite is happening and it is being exploited ruthlessly for petty political gains. It is time for the people to understand the situation and make decisions with vision and wisdom.