You are here: Home / Areas of Study / Governance & Politics / Punjab’s Guardians of Governance: All hype, no substance
Share

While campaigning for the 2017 Assembly Elections for Punjab, Captain Amarinder Singh, then President of the Punjab Pradesh Congress Committee (PPCC) and the chief ministerial candidate of the party, declared that, if elected to power, Congress would launch a new department called ‘Guardians of Governance’ (GOG). 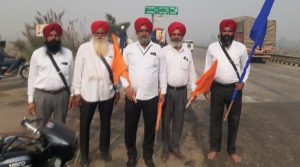 “This will be a group of ex-servicemen (retired army personnel) working from Panchayats to blocks to districts, right up to the chief minister. This department will be under the chief minister. They will report about the implementation of schemes. We will utilise a disciplined force. This is going to hopefully eradicate the misuse of funds,” he said.

Having served the Army, Captain Amarinder Singh has always had a soft corner for the noble service. His closest friends are those with whom he underwent training in the National Defence Academy (NDA) and the Indian Military Academy (IMA). Hence, an idea of this nature coming from him is quite likely. It also evoked considerable interest in the media during the election phase.

True to his word, on taking over as chief minister, Capt. Amarinder Singh, set about creating the department. It was established under the Mahatma Gandhi Sarbat Vikas Scheme and mandated to keep an eye on the ongoing developmental works. It was to create a chain of well informed volunteers and be the “brain, eyes, and ears” of his  government. 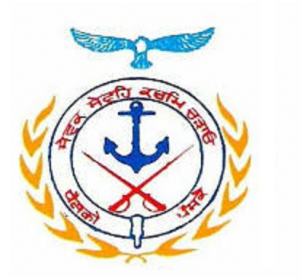 The department has remained beset with problems right from the word go. Having inherited a state in dire economic stress accentuated with huge loans and low income, the chief minister did not have the luxury to try out new schemes with such huge financial implications. As expected, GOG encountered financial difficulties. It was planned to have a GOG representative in each of the 13,000 villages in the state. To meet this objective with honorarium ranging from Rs 11,000 to Rs 40,000 and other infrastructural requirements  an annual  budgetary estimate of  Rs 150 crore was envisaged. Some allocations were made in the initial period but ultimately the Government found itself unable to meet the expenditure. By 2017, it became clear that the money to run the department was simply not available. It, however, mulled along with each GOG representative ultimately looking after a cluster of villages and infrastructural requirements like offices, transport, computers etc being severely constrained.

The political fallout too commenced soon enough with party leaders and Members of Legislative Assembly (MLAs) complaining about the “vigilante” nature of the new set up. The MLAs looked upon the GOG as an encroachment on their turf. Complaints of high handedness on the part of the appointed “Guardians” were received by the chief minister regularly. A big issue was that the GOG members were selected from among the ex-servicemen community of the state and many of them had their sympathies with the Shromani Akali Dal  (SAD), something that the chief minister had not factored in his idea. It was also said that such an organisation was contrary to the official oversight instruments of the state such as vigilance and audit departments and it undermined the grassroots democratic institutions such as the Panchayats. The nailing argument was that a typically military mindset that looks at all civilian institutions as being corrupt does not work out well in such a vigilante role.

The GOG members came up with their own set of issues. Their main crib was that despite giving all data, especially in the matter of MGNREGA and Blue Cards there is “zero percent” action by the administration. The administration responded with a plea that action can be taken only after a formal enquiry has been conducted into inputs given by GOG, whose information was “informal” in nature.

Now members of GOG feel that they have been failed by the system despite having put in a very sincere effort to put things right. “I thought our task was in plugging the leaks, end misuse of tax payers money, monitor the expenditure and so on. But till today nothing or very insignificant has happened,” a senior member of the GOG is reported to have said. GOG members feel that their organisation is not being allowed to make any impact on its mandated areas of monitoring Government cash outgo, work output of institutions such as societies, health and veterinary  clinics, suvidha centres etc. and monitoring of Government run projects like construction of roads etc.

GOG had informed the Government that fraudulently 50 percent of the state population is getting free rations; MGNREGA funds are being spent on unauthorised works and public beneficiary schemes are outright loot in which even elected representatives have a share, yet, no action has been taken. The GOG members now stand convinced that the chief minister and his advisor are well aware of all these malfunctions but cannot address them due to vote bank compulsions.

Sardar Kulbir Singh Sidhu,  IAS (Retd), while speaking with regard to the frustration of the Guardians regarding lack of response from the Government to their reports commented that a civil servant would not have taken three years to  understands such compulsions. He further commented that, “we, as a race, are genetically always aspiring to be ruled and will continue to do so.In our system a “Shittarwala”  (one who wields the shoe to get things done) can never operate.”  Sardar Kulbir Singh Sidhu also wishes to convey to the chief minister a message that he, ” being a Scion of a family blessed by Guru Sahiban and a soldier, should awaken to his voice of conscience having already slept for too long.”

COVID-19 opened for GOG an opportunity to resurrect its waning  image and utility. More than 3000 Guardians were put to work to ensure smooth procurement of wheat across all the ‘Mandis’ in the state. Their job was to oversee the procurement operations while maintaining health protocols. The GOG regulated the movement of tractors and other vehicles along with the marketing committees.

GOG also assisted in implementation of Curfew and ensured implementation of social distancing norms and other protocols in government offices. GOG personnel distributed rations and other commodities where required. They are now helping to streamline the crisis created by movement of labour out of the state. Probably the strength of GOG lies not in vigilantism but in organised action.

More the half the tenure of Captain Amarinder Singh is over and he has  nothing to show for it. As things stand, the government is very low on acceptability, having failed to propel the state out of the socio-economic morass that swamps it. Even his dream project of bringing change through the GOG lies in doldrums. The chief minister is fast getting included in the long list of failed leaders of Punjab that all Punjabis are nurturing. He has to act if he wishes to save his personal reputation and his party. Continuing with schemes like GOG that are  cleaning out the coffers while spreading bad blood is not going to work in his favour.