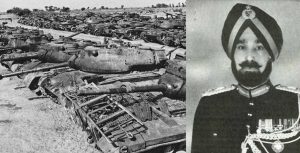 LT Gen Harbakhsh Singh passed away on November 14. Many don’t know who the General was. Being out of sight for 30 years put him out of mind as well, and a few words is all that he warranted in sketchy obituaries and those too in local Punjab papers.

Born in 1913 in Badrukhan in Sangrur and having graduated from Government College at Lahore, he was commissioned into 5 Sikh in 1935. He was a graduate of the 1st course at the IMA after a year’s attachment with a British battalion, The Argyl and Sutherland Highlanders, wherein he saw active service on the north-west frontier. He commanded a company of 5 Sikh in 1942 in Malaya against the Japanese. Severely wounded in the head, a steel plate, which he carried to his last day, was a constant reminder. He was in a military hospital when General A.E Percival, the Allied field commander, surrendered all Allied forces in Malaya and Singapore to the Japanese in 1942. Then followed three years of a miserable existence and near starvation as a Japanese prisoner of war. Released at the end of the war in 1945, he remained in hospital for some months with beri-beri and other problems brought on by malnutrition and inhuman conditions in Japanese POW camps. Posted as second-in-command of 4 Sikh on release from hospital, he was perhaps the only deputy ever to ride a horse on parade in an infantry battalion, as he was too weak to march.

We now come to three episodes in his brilliant military career which makes him stand out as one of the outstanding commanders in modern Indian history. India became independent on August 15, 1947, and Pakistani-backed regulars, irregulars and tribesmen crossed into the state of Jammu and Kashmir on October 22. In spite of a determined effort by the J&K state forces and by the initially inducted Indiantroops, the enemy reached the outskirts of Srinagar on November 20 and the fall of the capital city was imminent. On November 21, reports came in of a concentration of around 3,000 enemy troops on the outskirts of Srinagar at Shalateng, just 4 miles from the city centre, preparing to attack the city. Colonel Harbakhsh Singh, then second-in-command of the newly inducted 161 Brigade was given the task of conducting the battle. He attacked Shalateng on the November 22 with two infantry battalions, 1 Sikh and 1 (Para) Kumaon with a troop of armoured cars of 7 Cavalry and, in a brilliantly planned and executed operation, routed the enemy leaving 472 enemy dead on the field. The threat to Srinagar was now over. If the capital city had fallen, it would have been one of the greatest disasters in Indian history.

Promoted to command 163 Brigade, his was one of the two brigades launched by General Thimmaya, then in command of Sri Division (later 19 division), on May 17, 1948, to clear the enemy out of the Jhelum valley, up to Muzaffarabad and Domel. The first by 161 Brigade under Brigadier L.P Sen on the Jhelum axis, and the second in a flanking move by his 163 Brigade over the Nasta Chun Pass to Tithwal and beyond. While 161 Brigade was held up near Uri, Brigadier Harbakhsh Singh’s offensive, as discussed by General Birdwood in his book, A Continent Decides, was a triumph. “Pakistan s situation was now grim, and had India only used air supply more aggressively to maintain the impetus of this outflanking success, her forces would so severely have threatened Muzaffarabad as to force a Pakistani withdrawal from the whole of the northern sector. Luckily for Pakistan, they paused”. Tithwal fell on May 23. In six days, Brigadier Harbakhsh Singh had in a lightning move secured all territory starting from Handwara to the Kishanganga over the Nasta Chun Pass and Tithwal after fighting aggressive battles.

Finally after commanding 5 Division and 4 Corps for a while, during the Chinese operations of 1962, where many soldiers believe that had he been allowed to command the Corps during the second phase of the battle by the Chinese which started on November 20, the situation would have been quite different in NEFA. Sadly for the Corps, their old GOC, General B.M Kaul, was sent back to command, from a sick bed in Delhi, by Krishna Menon, the then Defence Minister. General Harbakhsh Singh was then given command of 33 Corps at Siliguri and he finally took over as the Western Army Commander in November 1964.

War clouds gathered once again in 1965. Pakistan took the offensive in April in Kutch and was successfully repulsed. In August, Kashmir became the target and on September 6 India went to war. The western Army offensive across the Punjab border which started at 4.30 a.m. on September 6 went well till Pakistan counter attacked 4 Division on the 11 Corps left flank at Khemkaran.The 4 Division comprising 62 and 7 Brigades, a strength of six infantry battalions, had not quite recovered from the drubbing it received in 1962 at the hands of the Chinese, lost two-and-a- half battalions in a matter of hours, less through enemy action more by desertion, and was virtually overrun. The situation on the 7th afternoon was grim, while the Division fell back to the village of Asal Uttar and hurriedly prepared a defended sector based on the surviving three-and-a-half battalions and the 2nd (Indp) Armoured Brigade. On the 9th, Pakistan s 1st Armoured Division, whose existence was not known to us, attacked the Division. Their operational order was captured by us. The plan was to attack and overrun the weak 4 Division while a strong combat group was to cut the lines of communication of both 4 Division, 7 Division on the Barki Axis and finally to cut the GT Road at the Beas Bridge, effectively sealing off 11 Corps HQs and Corps troops at Raya, and the LOFC of 15 Division in one sweep. The situation was extremely grim and as a consequence Delhi panicked. 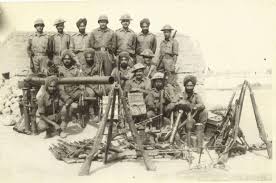 Having returned to HQ Western Army at Ambala from 4 Division at midnight on the 9th and after a visit to the operations room, the Army Commander retired for three hours rest before leaving at four’ clock the next morning. The instructions to me, his ADC, was not to awaken him unless it was urgent. At 2.30 a.m. the Army Chief, General J.N. Chaudhary, called and spoke to the General and after a heated discussion centered around the major threat that had developed, the Chief ordered the Army Commander to withdraw 11 Corps to hold a line on the Beas river. General Harbakhsh Singh refused to carry out this order. The next morning, 4 Division stabilised the position and when the Chief visited command headquarters at Ambala that afternoon, the 10th, the crisis was over and the subject was not discussed. Had the General carried out these orders, not only would have half of Punjab been under Pakistani occupation but the morale of the Indian Army would have been rock bottom, affecting operations in other theatres as well.

His funeral was on November 15. Very few knew about it, therefore apart from his friends and contemporaries, former officers of the Sikh Regiment of which he had been colonel for over a decade, and others such as I, who had been on his staff, gathered at the Delhi cantonment to say our final farewell. The Army did him proud by giving him a send off befitting a great soldier. And while the ceremonies were on, and six Lieutenant Generals removed the National Flag from the body which was to be cremated, I couldn’t help wondering how fortunate it was for the country to have had the right man at the right place at the right time. The words once used to describe Field Marshal Lord Wavell, seen apt for describing General Harbakhsh Singh: “He was essentially a soldier’s soldier, and takes an assured place as one of the great commanders in military history”.

The Last Post was sounded and the pyre lit, and as the smoke curled its way into the heavens and the bugle sounded reveille, transporting the General to Valhalla, to join the ranks of the many great soldiers who once trod this earth, there were moist eyes all around. As the mourners said their silent farewells, the words of Sir Walter-Scott from The Lady of the Lake came to mind:

Soldier, rest thy warfare is o’er,

Dream of fighting fields no more;

Sleep the sleep that knows no breaking,

Morn of toil, nor night of waking.

I said my final farewell, “Goodbye my General, till we meet again.”