You are here: Home / Areas of Study / Social & Cultural Studies / Sikh religious institutions should recalibrate their role and responsibility
Share 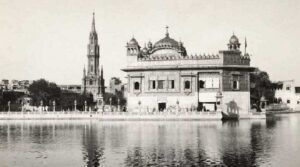 Punjab has, since millennia, been home to a number of ethno-religious communities. The region takes pride in its diversity and has always remained open to the coexistence of different religions and faiths. In the present context, Sikh are a majority religion while Hindu, Islam and Christianity continue to be practiced along with other religions.

In the mid-19th century, Punjab became a part of the British Empire and evangelistic efforts by Christian missionaries gained momentum. In recent times, Punjab has been witnessing a rapid proliferation of Christianity. Normal people who have no education in Christian theology or the necessary sanction to preach, are becoming self-styled “Apostles” and “Pastors” and attracting following through a Pentecostal style of preaching the religion.

Many debates and discussion on the subject have been generated to identify the reason behind this attraction, more so among the Dalits who are in the Sikh fold and the other marginalised sections like the Valmikis and other scheduled castes. Recently, the Chairman of the National Minority Commission of India, S. Iqbal Singh Lalpura, has stated that the Sikhs have slid down from the position of being the second largest minority in India to the third position since the numbers are rapidly decreasing. It is admitted that there are many reasons behind this decrease in numbers but conversion to Christianity also ranks among them.

Instead of raising fingers at those who are indulging in this conversion process, it is necessary to look within and attempt to energise the Sikh tenets to an extent that precludes conversion as a reason for the falling numbers

In India, the freedom to pursue a religion of choice and preach the same has constitutional sanction and, as such, voluntary conversion cannot be stopped. Every person has the right to follow the faith he/she is comfortable with. Use of legislation to curb the conversion process goes against the democratic principles enshrined in the Constitution of India. The maximum that can be done is to stop forcible and coercive conversion; cases falling in this category are few and far between.

Social discrimination is a major cause leading to the process of conversion. People came into the fold of the Buddhist, Jain and the Sikh religions only to shed the stigma of being outcastes. The reason behind conversion to Christianity in the present context remains the same. Here the reason behind Sikhs converting to Christianity despite having a edict of all being equal in the eyes of the Almighty need to be introspected upon. Have Sikh values now become caste and class centric? Has the new leadership of the Sikh community failed the marginalised and poor section of the community and become a party in depriving them of equality in the eyes of the Almighty as enshrined in the Sikh religion? 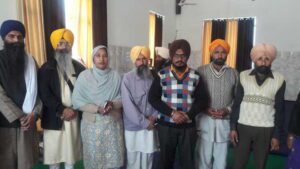 It is now being said by the SGPC that conversions may continue but those converted should not be allowed to wear a Turban or keep a beard, as is the emerging trend in Punjab. These are meaningless arguments that defy logic. Turban and beard are not the patent identities for the Sikhs. Is it possible to stop people from wearing their traditional turbans and growing beards if they are not Sikh? Singh is also a Hindu word used by many communities for ages, can the Sikh faith claim exclusivity over it? It is sad to note that even within the community delineations like Sehajdhari and Patit have been adopted.  The blinkered mindset of the Sikh clergy has led to a large number of followers of Guru Nanak, like the Sindhis, getting isolated from their Gurus, is this a correct thing to happen?

Whatever may be the definition of a Dalit in constitutional terms, in the social domain it becomes discriminatory. A Brahmin, however poor and impoverished, cannot be called a Dalit, but a Dalit can easily be called a Sikh, so, where has this divide of Dalit and non-Dalit Sikhs come from? Why is it even being spoken that the President of SGPC and the previous CM were Dalits? Does this have any meaning or consequence in our religion? Sikhism does not believe in castes or social discrimination, our Gurus united and not divided people and it needs to stay that way.

If the SGPC and the Sikh community cannot provide respect then the Dalits and others from marginalised sections who are in their fold then it has no right to crib when these sections open their own Gurudwara’s. Nobody can be stopped from reciting the Guru Granth Sahib.

Of late there has been too much of interference in SGPC affairs from a particular political party and, more emphatically, a single family. This needs to stop immediately since it goes against the very ethos of the Sikh religion and culture.  Even Maharaja Ranjit Singh did not dare to lock horns with Jathedar Akal Takth or tinker with Sikh traditions both religious and social. How is it possible now?

Modern day Sikh leaders lack vision and even understanding of the Sikh scriptures. On top of it they are not in tune with the times. These two reasons are leading to more and more people of the faith  getting attracted towards other religions and sects. Sikh religious institutions need to recalibrate their role and responsibility. They have to understand the need of the hour and take such steps that can benefit and strengthen the community in the longer run. More emphasis has to be given to social emancipation of the community with proliferation of world class education and health facilities etc.

To summarise, if Sikhs are converting to Christianity or going to Deras (Communities run by God-men) then it is due to the follies of the leaders of the community (religious social and political). The answer lies in understanding the very basics of the Sikh ethos and tenets and applying the same in letter and spirit, while remaining sensitive to the needs and demands of changing times.