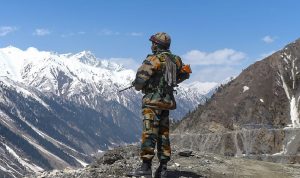 Bharat was in the midst of fighting the corona pandemic situation when the news of the Chinese attempt to encroach into Ladakh’s Galwan region and the ensuing struggle of our armed forces rattled the country. Twenty warriors of our Army made a heroic sacrifice to safeguard their motherland. Some elements have questioned the gallant efforts of the Army and blamed Bharatiya leadership for lacking alertness and rigour. A microscopic examination of the history of these same elements reveals an interesting pattern. Coincidentally, this force comprises those very elements that went all out to defeat Narendra Modi and prevent the BJP from securing a majority in the Centre.

After 1962, China has been regularly exerting encroachment efforts that were not met with a planned and forceful opposition till recently. It is a synchronous effort of the political leadership and the armed forces wherein strategic thinking at the leadership level is paramount. For instance, Bharatiya nuclear atomic scientists had completed their nuclear weapons development way back in 1994. Still, they failed to conduct the tests as the then leaders of the country could not show the same courage that the late Atal Bihari Vajpayeeji displayed in 1998.

Since 2014, apart from China, there is a fundamental change in the way Bharat has been dealing with state-sponsored terrorism by Pakistan. Surgical strike, Balakot, Doklam, Galwan and resisting Pakistan-supported terrorism in Kashmir—all these events evidently testify to the same change. Speedy constructions in previously ignored border regions and a display of wisdom in reclaiming the rightful Bharatiya areas of Ladakh are indicators of firm, courageous and far-sighted national leadership. All these factors may have infuriated China, and therefore, it is not surprising that the anti-national forces within our country are feeling unsettled with our current unnatural dealing with China. 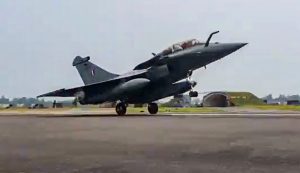 In the Bharat-China war of 1962, despite the incomparable bravado and sacrifice of the soldiers of the armed forces, we lost. Critical analysis of that defeat points out two evident reasons—firstly, a lack of foresight on the part of the then Bharatiya top leadership; and second, unpreparedness for war. Well aware of China’s expansionist tendencies, the then Sarsanghchalak of the Rashtriya Swayamsevak Sangh, Guruji Golwalkar, and several other prudent political leaders of the country had warned of the impending danger in embracing the enemy and parroting “Hindi-Chini Bhai-Bhai” slogans.

In the aftermath of the defeat, military reforms were being contemplated. However, merely strengthening the military base alone is insufficient. A mature and determined national leadership is essential in dealing with such conflicts.

Recently, a video has resurfaced where the then defence minister A K Antony was addressing Parliament on 6 December 2013. He is noted saying: “China is much advanced in the area of building infrastructure in comparison to India. Their infrastructure development is superior to India. We are only catching them. That is also history. What is it? Independent India had a policy for many years that the best defence is not to develop the border. Undeveloped borders are safer than developed borders. So, for many years, there was no construction of roads or airfields in the border areas. By that time, China continued to develop their infrastructure in the border areas. So, as a result, they have now gone ahead of us. Compared to us infrastructure-wise, capability-wise in the border areas, they are ahead. I admit that. It is a part of history.”

Soon after Independence, Bharat’s foreign, economic and defence policies were headed in the wrong direction. Post-Independence economic policies grossly ignored farmers and the agriculture sector. Even today, agriculture and agro-based industries have the potential to generate the highest employment, which is being explored through the Atmanirbhar Bharat Abhiyan.

Where foreign policy is concerned, non-alignment was flagged as the country’s policy. The two superpowers (the US and Russia), with reference to whom non-alignment was being deliberated, are comparatively young nations—had been less than 500 years into their existence. On the other hand, Bharat’s history and its life as a unified civilisation dates back to 10,000 years at the very least. Spirituality-based Bharatiya view of life is inherently holistic, integral and universal.But the first prime minister of Bharat was under the spell of communism. In the name of modernisation, enticed by fancy Western terminologies, this spirituality-based holistic view of life was disregarded, setting a different tone for the policies of our country. Consequently, Bharat was alienated from its ‘self’.

However, due to perennial awakening of social and national consciousness, which was simmering below the surface all along, a non-Congress government got the full majority in the 2014 Lok Sabha elections. This movement bloomed with a repetition of the success story of 2014 in 2019, this time with a greater majority, marking a milestone in the revival journey of Bharat.

In this hour, when the whole country is determined to defeat the corona pandemic, the challenge posed by the expansionist and dictatorial Chinese regime requires the Bharatiya society to unify and set an example for the enemy. So far we have been successful in doing so. It is important that all the people and the leaders of all political parties have belief in the armed forces and the decision-making ability of the government in matters of national security and defence strategy. It is not the time to do a cost-benefit analysis or to plot for wins or losses at the political level.

(Author is Joint General Secretary of the RSS)