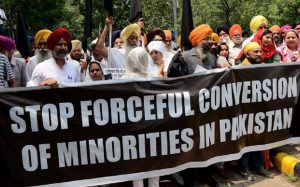 The Sikh community is deeply anguished by repeated incidents of assault on religious minorities in Pakistan and especially the abduction of women and minor girls and forcing them to convert into Islam.

In a fresh incident of such atrocities, a 17-year-old girl named Bulbul Kaur, who is the daughter of Granthi of Gurdwara Panja Sahib, Preetam Singh, was abducted over a fortnight go by two Muslim men in Panja Saheb of Pakistan.

Reports said, there is ‘no news’ of Bulbul since September 15, and her family is apprehensive that she might have been forced to convert into Islam.

Bulbul Kaur went missing reportedly on August 31 and on September 15 she had called her father saying she was in a Madrasa.

Not long ago, one Jagjit Kaur was also converted into Islam, and she had also got married to a Muslim man.

Sikhs have staged a “strong protest march” against the growing instances of such incidents of abductions and forced conversion of minor girls in Pakistan.

Meanwhile, sources in the know of things say – women, including minor girls from religious minority communities, continue to be victims of religious violence and persecution in Pakistan.

It may be mentioned here that the United States Commission on International Religious Freedom (USCIRF) Annual Report 2020 had also noted that in Hindu, Christian, and Sikh communities, young women, often underage, continue to be ‘kidnapped for forced conversion to Islam’. 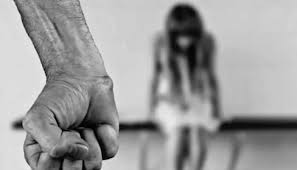 On average, it is alleged that at least 1,000 women are forcibly converted to Islam each year.

The USCIRF report also said that the local police are often accused of complicity in these cases by failing to investigate them properly.

In the Sikh community itself, more than 55 such instances of abductions and forced conversions are said to have taken place in the past few months.

In the recent past, minor girls belonging to families of Sikh Granthis are being abducted and forcibly converted to Islam. This, of course, includes the abduction and forced conversion of Jagjit Kaur, daughter of Granthi in Nankana Sahib in 2019.

The family members of Bulbaul Kaur have reportedly filed a complaint with the Deputy Commissioner of Attock in Pakistan.

Bulbul had reportedly gone to dump garbage in the street at around 10 PM on August 31 and had not returned to home since then.