You are here: Home / Areas of Study / Governance & Politics / China: Nursing a bloody nose and a terribly bruised ego
Share

The Chinese leadership and its chief land mafia, the People’s Liberation Army  (PLA) are presently nursing a bloody nose and a terribly bruised ego. Their belligerent plans in Eastern Ladakh have been demolished by the Indian Army that has proved its tactical and operational superiority. PLA stands exposed as being nothing more than a bully, full of bluster but totally shallow when push comes to shove.

In the course of the last few days, China once again attempted to implement its, by now, outdated tactics of trying to grab territory by leveraging the inherent contradictions of a tenuous Line of Actual Control (LAC), under the shadow of ongoing talks. While speaking a conciliatory language, PLA attempted to intrude further across the perceived LAC in the Pangong Tso lake sector.

The Indian Chief of Defense Staff (CDS), General Bipin Rawat, a few days earlier had said, “If dialogue does not persuade Beijing to withdraw its troops from Indian territory in Ladakh, a military option remained on the table.” The Chinese may well have planned this latest and foiled intrusion as a reaction to the strong statement made by the CDS. A bully normally reacts in this manner  when he feels that his power is being challenged.

The Indian Army, this time round, had not only appreciated the Chinese perfidy but was well prepared for the same. It used a special force to gain dominating control of the mountain spurs along the southern tip of the Pangong Tso lake in a manner that has left the Chinese deployment totally vulnerable.

According to media reports, the present Indian position east of Chushul and along the southern tip of the Pangong Tso lake includes complete domination of the Thakung post and Renchin La located close to the Spanggur Gap. This position affords a clear view of the Chinese deployment in the sensitive Moldo area.

This feat has been accomplished by an elite unit of the Indo Tibetan Border Police (ITBP) called the Special Frontier Forces (SFF) or Force VIKAS. SFF comprises of troops from the Tibetan community in exile in India. The Chinese Army had deployed advanced cameras and surveillance equipment to monitor Indian movement; the SFF neutralised the sophisticated electronic equipment, removed it and occupied the heights. 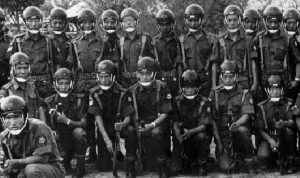 This would probably be the first occasion that a VIKAS establishment has  been put into action for an operation of this magnitude since its raising in 1962. The resounding victory is a validation of both the training and high morale of the elite unit. The unit has, in the course of the operation, lost one soldier, Company Leader Myima Tenzin, who died a hero’s death while fighting for the cause of his occupied land of Tibet. The success achieved by the unit indicates the high operational value of this establishment.

Chinese despair and unrestrained anger at this absolute turning of the tables can be fathomed from its swift and vicious reaction in the information domain. The PLA Western Theater Command, which is responsible for the entire Sino-Indian border, has accused India of “illegally crossing the line.” “India has blatantly provoked and caused tension on the border and undermined the consensus reached at the diplomatic and military talks,” said the statement.

The Chinese Communist Party mouthpiece, Global Times, further adds, “India’s reckless intention is a very dangerous miscalculation. India should have a clear understanding that China is much stronger militarily than India. If New Delhi continues such provocative rhetoric, or launches large-scale attacks at the border region, it would face severe consequences.” The reality however, is that the PLA is so overwhelmed with the notion that India will not respond despite all provocation that it failed to appreciate the preparedness of the Indian Army and now it has egg on its face.

As is usual in Indian media circles, some so-called defense analysts and media houses preferred to downplay the strong move by India and instead dwelled on perceived Chinese consolidation in the northern side of the Pangong Tso Lake. They have specifically quoted occupation by China of two mountain peaks called Helmet Top and Black Top which they say facilitates “tracking of Indian movements across the Pangong lake and as far away as India’s tactically vital Chushul garrison.” One wonders as to what “tracking advantage” through physical line of sight China would require given its boast of having the best technology and satellite imagery for carrying out such tasks? Be that as it may, as this article is being written, there are reports of some Indian special troops having occupied dominating heights in the Northern side of the Pangong Tso Lake along Finger-4 also and hence, the Indian tactical advantage on ground is complete.

It is better, of course, to go with reports in foreign media. The UK based daily, The Telegraph has stated, “on Saturday evening, around 500 Chinese troops had tried to cross into Spanggur, a narrow valley near the village of Chushul and three hours of hand-to-hand combat ensued. The attack had been repulsed and a retaliatory special operations battalion seized a Chinese camp in the surrounding hills of Pangong Tso Lake in the early hours of this morning.” 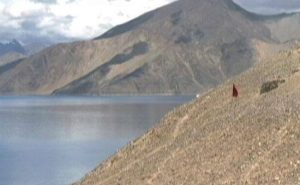 India too has acknowledged the incident. “On the night of 29/30 August, PLA troops violated the consensus arrived at during military and diplomatic engagements and carried out provocative military movements to change the status quo. Indian troops preempted this PLA activity….. and undertook measures to strengthen our positions and thwart Chinese intentions…,” said a statement from the Government of India.

Two Brigade Commander level meetings have been held to resolve the impasse but with no results. The India Army is scrupulously ensuring that the  status of the LAC remains sacrosanct and yet the Chinese are showing anger.  The PLA has been provoking the Indian troops all along the LAC with movement of vehicles and troops.  It is quite apparent that India has now chosen to pursue a proactive response to Chinese obduracy. This also reflects the impatience among the Indian soldiers to teach a lesson to the PLA.

India has taken a stand that is righteous, justifiable and matched with more than adequate military strength on ground. Notwithstanding its bluster the Chinese military position in the region of conflict is not as strong as it wants the world to believe. In terms of manpower and weaponry both armies are evenly matched. The Indian Army has an huge advantage in terms of better tactical deployment, professionalism and most importantly the courage of the Indian soldier.  These are force multipliers that China simply cannot match.

China wants India to blink first, but, it is not feasible any more. As a result, the situation is escalating at the behest of China to a level that is very critical for world peace and stability. It is time for China to look closely at the writing on the wall and understand that it is not faced by a weak Indian political leadership or a weak Indian Army that would succumb to belligerent posturing. If it does not pursue the path of moderation, it will pay a very heavy price in the resultant conflict.

(Dr, Simrit Kahlon is an academician  and a columnist)