You are here: Home / Areas of Study / Governance & Politics / Chinese weaponry will be the bane of Pakistan Army
Share 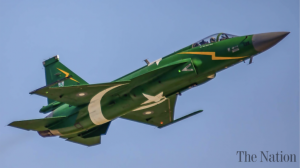 Over seven plus decades of its creation the only thing that has remained constant in Pakistan is the anti-India strategy of its military leadership. It has fought and lost numerous wars, been humiliated in operations like the surgical strike and Balakot air raid, and yet, it is not ready to accept that nothing can be gained through this enmity. The posture is a product of the superiority complex of the Punjabi military elite that holds a firm belief of being better soldiers than the Indian “Baniyas” (merchants) and is desperate to prove the same. Another misplaced notion is that the very existence of the Pakistan Army is dependent upon keeping the pot boiling against India. It has never occurred to these blinkered elitists that an economically strong, vibrant, democratic Nation will hold out better than an impoverished one run by a civil-military cabal.

Fate, somehow, gives to the Pakistan Army the means to carry on with its evil thought process. As a Nation it is unable to procure the military wherewithal it needs to feed its inflated aspirations. The same, unfortunately, has been coming to it in the form of dole from the strongest nations of the world. Earlier, the US was providing military hardware and strategic support in order to keep its presence in the region, especially in Afghanistan, intact. Now, the US has realised its mistake and has shed Pakistan like a hot potato and China has taken on the mantle.

Stuck with a tenuous and fast deteriorating situation with regard to the China Pakistan Economic Corridor (CPEC), China is looking towards the Pakistan army for support. The wily Pakistani Generals have pushed for defense hardware in return.

The end result is that the Pakistan Armed Forces are being completely armed with Chinese weaponry. The situation is such that the forces can now be considered to be an extension of the People’s Liberation Army (PLA) of China.

PLA’s Pakistan Army will soon have an entirely new fleet of VT-4 Chinese Main Battle Tanks (MBTs) even as refurbishment of the existing Al Khalid and T-85 will be done by Chinese companies. The Army has already acquired ESHORAD FM-90 Air Defence System from a PLA package; it is not known whether these are new or cast-offs; also coming in are QW-18 SAM and LY-80 LOMADS missiles from China. Artillery is being built upon made in China 155mm Artillery Guns and A-100 MLRS (multi launchers).

The missile cover in the PLA’s Pakistan Army will be based on Chinese missiles and UAVs. The Air Force has been equipped with JF-17 fighter aircraft and Z-10 Helicopters. Chinese Pakistan Navy will have Air Independent Propulsion (AIP) Submarines and Jiangwei-Il Class F-22 Frigates apart from many other equipments and weapons already in place.  Lastly, the security of CPEC will be done by China financed and kitted Special Security Divisions.

Obviously, Pakistan has no money to pay for this military bonanza. This procurement, combined with the massive payments due for CPEC, will result in a debt trap for Pakistan larger than ever seen anywhere in the world. Pakistan should be very worried about this. 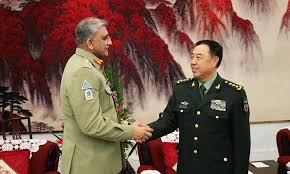 The second more critical aspect that Pakistan should be very worried about is the poor quality of the Chinese equipment. In its defence industry too, China is following its well established policy of cutting cost through poor quality and mass production, little realising that weaponry is a different ball game from Diwali lights and golf sets. Mass production means looking for huge markets. The country has managed to hold the fifth place globally in sale of defence hardware but is fast losing its clientele and reputation due to frequent complaints about quality.

Jordon purchased six CH-4B unmanned combat aerial vehicles (UCAV) produced by the China Aerospace Science and Technology Corporation (CASC) in 2016. The Kingdom has already advertised for their resale and has no buyers.

Pakistan is worse off since “beggars can’t be choosers.” The country is probably being given stuff that is not finding buyers anywhere. For the Chinese, Pakistan’s defence build up is more an exercise to empty its storage space than anything else.

Pakistan is already bearing the brunt with two brand new Chinese JF-17 fighter aircraft having recently crashed along the Pakistan-Afghanistan border. Serviceability of these aircraft is already down to 40 percent. The Pakistani pilots call them the death traps and are hesitant to fly them.

Of the many mistakes that the Pakistani generals have made in the past, this latest attempt to maintain strategic balance with India by equipping its men with Chinese weaponry will be the most catastrophic. Having failed consistently in the conventional warfare front and also the thousand cuts policy applied in Kashmir, it would be in the interest of the Pakistan Army to carry out a course correction in its policy.

Such course correction is also what the people are looking for, as is obvious from the voices being raised against the Pakistan Army Chief. These days, in political circles of Pakistan, there is incessant talk of doing away with “hybrid governance” denoting the control of the Army over the prime minister.  Recently, in a video address at a rally in Gujranwala, former Prime Minister Nawaz Sharif was direct in naming and shaming the Army Generals. “Kisne nalayak Imran Niazi ko Wazir-i-Azam banaya? (Who made that fool Imran Niazi prime minister)” he thundered. Other leaders of the Pakistan Democratic Movement (PDM) also echoed his views.

It would be in the interest of the Pakistan Army to read the writing on the wall. It should shed the irrational strategic policy of staying perpetually in a state of conflict with India and should, instead, give space to its government to pay more attention to governance and improving the lot of the people. The country is well endowed with natural resources; if there is honesty in the leadership approach, it will prosper in no time.

(The author is an army veteran and a social activist)