You are here: Home / Areas of Study / Social & Cultural Studies / Christian conversion in Punjab: The burgeoning Dera culture needs to be curbed
Share 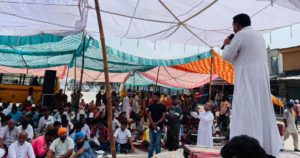 Punjab has, since millennia, been home to a number of ethno-religious communities. The region takes pride in its diversity and has always remained open to the coexistence of different religions and faiths. In the present context, Sikh are a majority religion while Hindu, Islam and Christianity continue to be practiced along with other religions.

In the mid-19th century, Punjab became a part of the British Empire and evangelistic efforts by Christian missionaries gained momentum. Christians are now settled all across Indian Punjab but are more concentrated in Gurdaspur, Amritsar, Jalandhar, Ludhiana and Firozepur Districts.

Surprisingly, Punjab is witnessing rapid proliferation of Christian Deras (religious sects). Normal people who have no education in Christian theology or the necessary sanction to preach, are becoming self-styled “Apostles” and “Pastors” of these new age Deras. In the bargain they are earning huge amounts of money and have tremendous power as in the case of other Dera chiefs of the Sikh and the Hindu communities.

The fraudulent Christian Baba’s use dubious techniques like show of miracles and give guarantees of cure from terminal illness etc to attract innocent people mostly of the lower segment of society and mislead them into conversion; in many cases the lure of migration is used as the bait. There are also reports of use of force to engineer conversion.

This is a deviation from established religious ethos and tradition of the Church and is also resulting in blatant exploitation of the emotions and sentiments of people in the name of Christianity and more critically, Jesus Christ.

Surprisingly the office bearers of the traditional Christian Church do admit that the activity is fraudulent but are taking no action to stop the same. It is so probably because the activity is assisting the process of conversion which forms an integral part of Christian theology. While the census puts the Christian population in the state at about one or two percent, there is a perception that the percentage has now risen to 7-10 percent and is rapidly rising as more and more from a particular segment of society are getting attracted to the new age Dera’s.

The Shiromani Gurdwara Parbandhak Committee (SGPC) had been under criticism, mainly from the Sikh community, for not doing enough to “protect” the faith. The pressure has propelled the Badal family, which controls the SGPC and the Shiromani Akali Dal (SAD) to take action as a means to resurrect their waning image and electoral prospects. In the last few months, some statements against the fraudulent practices directed towards engineering conversion have been made by Jathedar Akal Takth, Giani Harpreet Singh.

The National Commission for Minorities (NCM) took suo motu notice of the statements by Jathedar Akal Takht  and the SGPC chief and convened a meeting of representatives of the Sikh and the Christian communities in its office at New Delhi. Representatives of the Christian Church stated unambiguously that they are totally against any forcible conversion through fraudulent means and false promises of miraculous healing, cash incentives etc. It was decided to continue the dialogue in the coming times too. The NCM has also sought from the Punjab Government a report on the number of conversions that have taken place in the last decade.

In  end-August, the Akal Takht Jathedar and the SGPC chief, Harjinder Singh Dhami, raised the level by jointly condemning the conversion centric activities of the Christian Dera’s. They addressed them as ”so-called Christian missionaries,” thus implicitly implying that these Dera chiefs are not within the fold of the traditional Christian Church, be it Protestant, Catholic or any other Diocese. 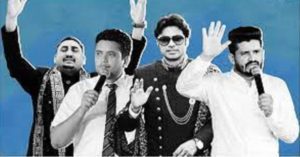 Some Nihang Singhs on August 29, post the statement made by the Jathedar Akal Takth and the SGPC Chief, disrupted a gathering at a fraudulent Christian Dera where miracles were being demonstrated and conversion carried out. There was violence, but fortunately, no injury or loss of life was reported.

The aforementioned action was followed by an attack on a Catholic Church in Taran Taran District, wherein, four masked men entered the Church, threatened the guard with a weapon, tied him up and damaged the statues of the Christian deities that were installed there. Earlier too, incidents of violence perpetrated by the deceptive actions of the so-called Christian missionaries were reported.  On July 19, a pastor in Ludhiana was attacked in his car; recently, some people of a Patiala neighbourhood complained against a resident who called himself a “Pastor” and was organising conversion meetings in his house.

Sporadic attempts by SGPC to challenge conversion activity have been seen on earlier occasions too.  The organisation, in September-October 2021, launched a campaign named  ‘Ghar Ghar Andar Dharamsaal’ wherein 100  teams, each comprising seven preachers, were deputed for the rural belts to preach and reiterate Sikh tenets.

The Delhi Shiromani Gurdwara Management Committee (DGMC) which has recently elected a body independent of the SAD and Badal family has also stepped in to challenge the conversion process. It has opened a ‘Dharam Parchar’ office in Amritsar and launched `’Dharam Jagrukta Lehar’ from there. The idea was also to create a counterweight to the ‘Dharam Parchar Lehar’ earlier launched by SGPC. An attempt by multiple institutions to challenge religious conversion is quite acceptable provided it does not have vested and competitive political interests guiding it as is quite apparent in this case. Such initiatives are bound to lose momentum.

Punjab universally believes that the spreading wave of artificial conversion is not good for the state and its people, especially so, when it constitutes a blatant exploitation of the socio-religious vulnerabilities of a weak and marginalised section of the Punjabi society. The border state status of the region makes it more vulnerable to inimical support to such nefarious activities by foreign powers through provision of funds and wherewithal to the fake perpetrators of this exercise.

Punjab, unlike many other states of the country, does not have an anti-conversion law. Even though there is demand for the same from some quarters, the larger opinion goes against the same since the region has, for millennia, been a hub centre of religious diversity and peaceful co-existence of many communities and religions. If somebody wishes to convert out of conviction it will not be contested in Punjab, the conflict is with regard to the use of dubious means.

There is a strong need to curb the activities of devious elements who are misleading people for personal gains and in a manner that is not condoned by their own Church. In such cases, intervention of the government on grounds to deceitful and fraudulent activity is within the ambit of the law which provides for the government to book people for superstitious practices in the name of religion; this clause should be used extensively by the state Government. The upcoming Christian Deras  also need to be kept under scrutiny to ensure that they do not become centres of criminality, exploitation and  extortion as was the case with many others before them.