You are here: Home / Areas of Study / Governance & Politics / DRDO: Steering the march towards self-reliance
Share 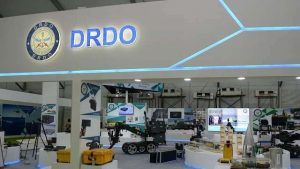 The Indian Defence Research and Development Organisation (DRDO) an agency under the Department of Defence Research and Development in Ministry of Defence (MOD) of Government of India (GOI) is responsible for military research and development.  The organisation was raised on 12 July ,1948 as Defence Science Organisation by  the eminent Indian scientist, Dr D S  Kothari. It was renamed as DRDO in 1958 after the  merger of Technical Development Establishment, Directorate of Technical Development of Ordnance Factories and  Defence Science Organisation.“Balasya Moolam Vigyanam“ in Sanskrit, is the motto of DRDO. It means that source of strength is science that drives a nation in war and peace.

The DRDO is currently headed by Dr G Satheesh Reddya, a distinguished and internationally renowned aero space scientist who also holds appointment of Secretary of Department of Defence R&D and is scientific advisor to Raksha Mantri (RM). Dr Abdul Kalam, former President of lndia was head of DRDO from 1992 to 1999.

AII these and many more world class weapon systems, platforms and military equipment are based on cutting edge technologies developed by DRDO and led to production by them by incorporating Indian public sector and  private sector including  small and medium scales industries ( SMEs). These products and technologies have led to tremendous industrial growth in Indian defence industry, taking the share of indigenous content of items approved for acquisition by Armed Forces to almost 60 percent. Many of these inventions have also found civil applications that benefit the masses.  The production value of systems based on DRDO technologies that have been inducted/approved for Indian Armed Forces (excluding strategic systems) amounted  to approximately 1,80,000 crores INR  in the last decade.

The Chairman of DRDO is supported by  Director Generals of various technology clusters such as  Missile and Strategic systems, Aeronautical systems, Combat Vehicle and Engineering system, Armament system, Communications system, Life  Sciences system, Naval systems, Nuclear Biological Chemical (NBC) warfare system, Materials division, Microelectronic and  computational system and Chief Controller (R&D) who controls the corporate functions. The organisation has established a network of 60 research laboratories, establishments and work centres besides exhaustive infrastructure for design, development, testing and evaluation of weapon systems and military equipment located  all over the country. The glorious achievements of DRDO in various projects can be best discussed as per technology cluster.

Missile and Strategic cluster has successfully developed Agni (1,2,3,4,5), Prithvi 1 and 2, Dhanush and other nuclear capable intermediate/long range ballistic missiles (MSL) that are operational and  act as deterrents to inimical foreign powers. BhraMos-2 has been upgraded as supersonic cruise missile and now can be fired by Sukhoi 30 MK 1. A ballistic missile defence system has been developed based on a combination of exo-atmospheric LRSAM and end-atmospheric MRSAM to detect from 2000 kms, intercept and destroy incoming hostile missiles.  As part of the TRIAD, K 15, B05, K4 have been developed as submarine launched medium range strategic missiles. Shaurya,  Nirbhaya are tactical short range nuclear capable that have also been developed. Air Defence Missile Regiments with Akash, an all weather, supersonic missiles have already been deployed. NAG, a third generation, antitank fire and forget missile has been approved for production. Helina version will be  mounted on  Light Combat helicopters.

Airborne Early Warning and Control System (AWE&S) project was launched in 2003 as per requirement of IAF.  This platform based on Brazilian Embraer 145 jet, is called NETRA. Three AEW&C are already operational.  Various variants of Unmanned Aerial Vehicles (UAVs) such as Rustom , Nishant  and mini drones and quadcopters are in service with Army, NSG and CAPs. New designs of Freefall, heavy drop and Aircraft break parachutes have been developed. 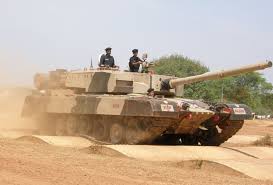 The Armament cluster of DRDO has designed and developed PINAKA multi barrel rocket system as a replacement for Grad BM 21 Russian system. Pinaka is a potent area weapon with a fast response, all weather, indirect fire, free flight rocket system that activates in three minutes and is capable of firing 12 rockets in 44 seconds at the range of 40 kms. Pinaka ll with 60 km range is already under trials. Prahar long range  rocket system with enhanced range of 120km  with hyper speed  of 2 mach plus is also under development.

DRDO has now moved to the club of top four nation who have successfully tested Anti satellite missiles and also hypersonic missile  capable of flying at speed of 6 Mach.  Directed Energy weapons (DEWs) based on concentrated electronic magnetic energy/ LASER  are also  in the advance stage of development.

Success and failures are part of life but research and experiments should go on relentlessly. Government should provide adequate finances and motivation to Research organisations such as DRDO and ISRO who make the nation strong by providing state-of-the-art, user friendly and reliable weapon system to Indian Armed Forces. We should not blindly follow the policy of off the shelf procurement of foreign weapon platforms which area drain on the national exchequer. Self reliance with quality excellence should also be the ultimate goal. Kudos to DRDO for  march towards strength and self reliance.