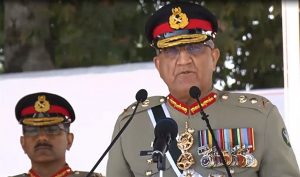 “It is time to extend a hand of peace in all directions,” said Pakistan Army Chief, General Qamar Bajwa, in an address at a military function recently. “Pakistan is a peace-loving country that has rendered great sacrifices for regional and global peace. We stand firmly committed to the ideal of mutual respect and peaceful co-existence,” he added. Such double faced statements are standard operating procedures for all Pakistan Army Chiefs. Those in the hot-seat before him have said the same in similar forums. Even the wordings stay by and large similar.

There are, however, a number of reasons for the Army Chief to have made this fallacious and unsophisticated attempt towards smoking the peace pipe. The main is that the next plenary and working group meeting of the Financial Action Task Force  (FATF) is scheduled from 21 February to 26 February. FATF is the global money laundering and terrorist financing watchdog which has placed  Pakistan on its “Grey List” since 2018. The country has been given a number of deadlines to full fill its commitments to improve transparency in financial dealings and take action on the financing of terrorism. Sadly, it has not responded with anything more than some face-saving gestures. FATF is getting more and more vocal in its censure  and there is a possibility of the country being downgraded to the “Black List,” which would be disastrous for its tottering economy.

In the last few years, despite pressure from the FATF, Pakistan has managed to mull along albeit in a precarious financial position. It is so because financial bailouts had been coming from Islamic countries like Turkey, Malaysia, UAE, Saudi Arabia and particularly China and the International Monetary Fund (IMF).

Now, there is no money coming from the Islamic nations that are facing COVID related fiscal crunches of their own. Some are, in fact, looking for a return of the advances given, which would mean remittance of billions of Dollars that Pakistan does not have.

Under these grim circumstances, if Pakistan is put on the black list of FATF, it will be denied loans from institutions like IMF, World Bank and Asian Development Bank (ADB). To survive, the country will need to pick up loans from Chinese banks at more than 3 percent interest rate, something that it simply cannot afford.

The CPEC dream is fast turning into a nightmare with trade activity not picking up to desirable levels. Only Chinese ships are hitting the Gawadar port. To add to the woes of the country, its repayment schedule for CPEC is now getting activated which would imply parting with a few billion Dollars every year. There is no money available. 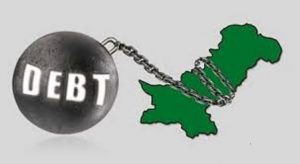 It seems that the only viable asset that Pakistan has is its army that has been kept well equipped and in fine fettle at the cost of the people of the country. The army, therefore, can escape decimation by selling itself. China would be a possible customer for its military services to be used mainly against India. It is, therefore, not surprising that the Pakistan army has moved to take over complete control of CPEC, it probably wishes to establish itself as a loyal servant by protecting the assets of its masters and improving upon their productivity. It is, after all, form here that finances for it to stay afloat can be generated.

By hinting towards a rapprochement with India, General Bajwa is attempting to hasten China on to the path of providing financial sustenance to the army to enable it to stay afloat, this is the second big reason behind his smoking the proverbial peace pipe.

Bajwa’s calculations, however, are going wrong in the human angle. As things stand, the Pakistani economy is on the verge of a collapse, there is an acute shortage of food grains and fuel is becoming too expensive with increase in international rates. Pakistan cannot even go through the COVID vaccination process without foreign assistance since it does not have the funds to purchase even the required doses. If conditions had not been so bad the army would have probably taken over the country by now. If the Army bails itself out through China and leaves the masses to fend for themselves it will lose its stranglehold over the country.

Of equal significance is the second portion of General Bajwa’s statement  “Pakistan and India must also resolve the long standing issue of Jammu and Kashmir in a dignified and peaceful manner as per the aspirations of the people of Jammu and Kashmir and bring this human tragedy to its logical conclusion,” he said. He then went a step ahead and issued the standard warning to Indian, “The armed forces of Pakistan are fully capable and prepared to thwart any threat.” By so saying he has kept the window of opportunity open to maintain the status quo.

There is no end to the level of double speak and perfidy that the Pakistan Army can go to in order to save itself. The Pakistan Generals look at all circumstances (however adverse for the country) as opportunities for personal advancement, especially so, in financial terms. It is no wonder then that all of them are multi-millionaires in Dollar terms and some are also billionaires.

No credence, therefore, needs to be given to such “peace” statements made by the Pakistan Army Chief. He does not mean a word of what he says. His words have no credibility. What is more significant is the diabolic message which becomes clear in the second part of his speech where he says that the Pakistan army looks upon India as a “threat” and that Pakistan will not cease support to the Kashmir cause till “aspirations of the people are not met.” The Pakistan Army’s interpretation of the  aspirations of the people of Kashmir is well known. Such statements mostly are a lull before the storm, and as such, the Indian security forces need to step up vigilance in Kashmir.

(Hardip Bedi is a senior journalist and analyst)